The Ties That Bind

William Welch Deloitte, Railroads and the Birth of Professional Accounting

Founder William Welch Deloitte became a leader in the burgeoning field of accounting just as the industrialization of England gave rise to the urgent need for financial discipline. His reputation and connections across industries and geographies helped put the organization on the path to its success today.

On Dec. 1, 1856, a letter arrived at 4 Lothbury in the city of London, informing William Welch Deloitte that he had been named accountant to the Great Northern Railway. Deloitte, who was 38 at the time, was charged with investigating one of the biggest financial crises of 19th-century England.

There was no one better prepared for the assignment.

Deloitte was born in February 1818 in London. He left school at 15, at a time when 12-year-olds legally worked 12-hour days, to join the Official Assignee in Bankruptcy of the City of London. After honing his craft for a dozen years, he set up shop across Basinghall Street as an independent accountant on April 23, 1845.

It was an auspicious time for a young accountant. The British economy was expanding rapidly, and with it the number of people in financial difficulty. During his first year in business, Deloitte had nearly 100 clients, many of them facing their day in bankruptcy court. But Deloitte was also engaged in more substantial matters: A classmate was partner in the firm that made the first trans-Atlantic telegraph cable. As a result, Deloitte went on to serve as accountant to a number of large cable companies.

In 1849, Deloitte was named accountant to Great Western Railway, one of the earliest joint-stock companies in Britain. The appointment, which took place when the company’s stock value was faltering, was designed to “inspire general confidence” in the railroad’s management. Deloitte was the first independent accountant to a public company.

Deloitte used the appointment to win business in other growing industries, including docks, collieries, ironworks, hotels, banks, insurance companies, newspapers, and other railways, including Great Northern.

Deloitte was not concerned solely with his and his firm’s success. He helped establish the forms required from railroad accounts after the Railway Companies Act 1867, and served as an original council member of the Institute of Accountants. He was also the fourth vice president and fifth president of its successor, the Institute of Chartered Accountants in England and Wales.

Deloitte retired in 1897, a year before his death, as “the oldest practicing accountant living,” and as the head of one of the leading firms in London, with some 70 staff. His organization—and name—live on. 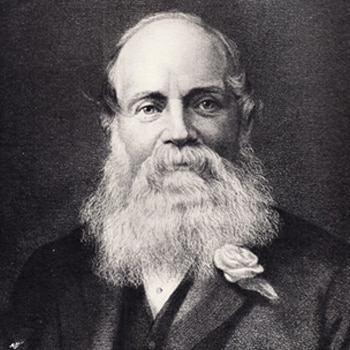 I am Accountant to the Auditors of the Great Western, Lancashire & Yorkshire, South Wales and other important Railway companies, which I hope will be considered sufficient guarantee for my integrity and qualifications. I can obtain testimonials of the very highest character.