Deloitte Access Economics: Australians ahead of the pack has been saved

Deloitte Access Economics: Australians ahead of the pack has been removed

An Article Titled Deloitte Access Economics: Australians ahead of the pack already exists in Saved items

The economy is now larger than it was before COVID hit our shores. And not just in aggregate terms – but on a per capita basis too, meaning Australians are – on average – better off today than they were before the pandemic.

Deloitte Access Economics partner, Kristian Kolding, said: “Australia is in rare company here – only five other OECD member countries that have released Q1 2021 data can boast an economy that’s larger now than before the pandemic. And we achieved that goal while keeping COVID numbers lower than almost anywhere else.” 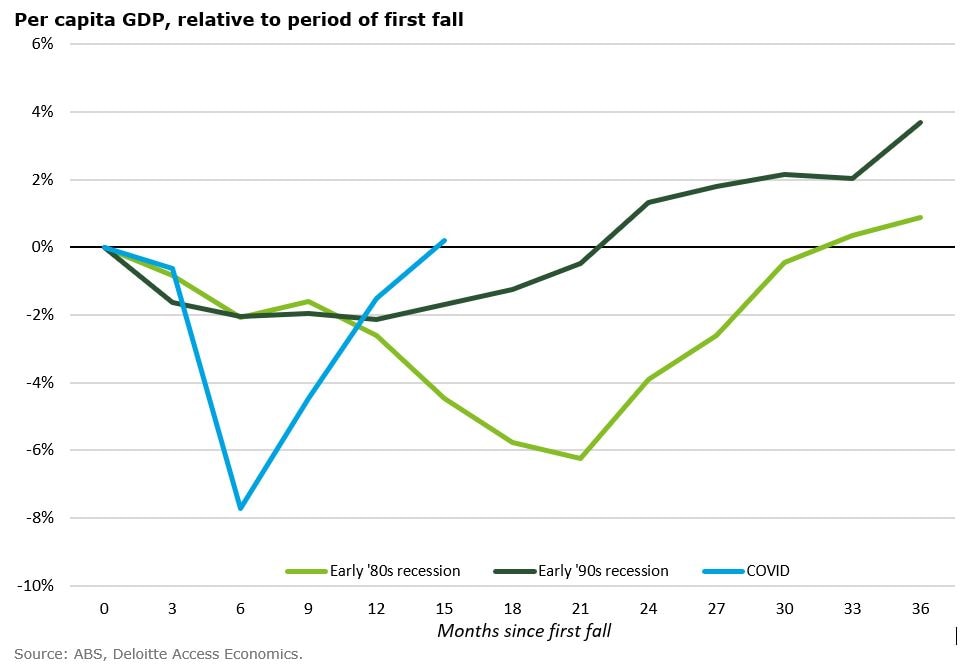 On average, OECD economies are 2.7% smaller than they were before the pandemic: the UK is almost 9% smaller, the EU is 5% smaller and the US has shrunk 1%. 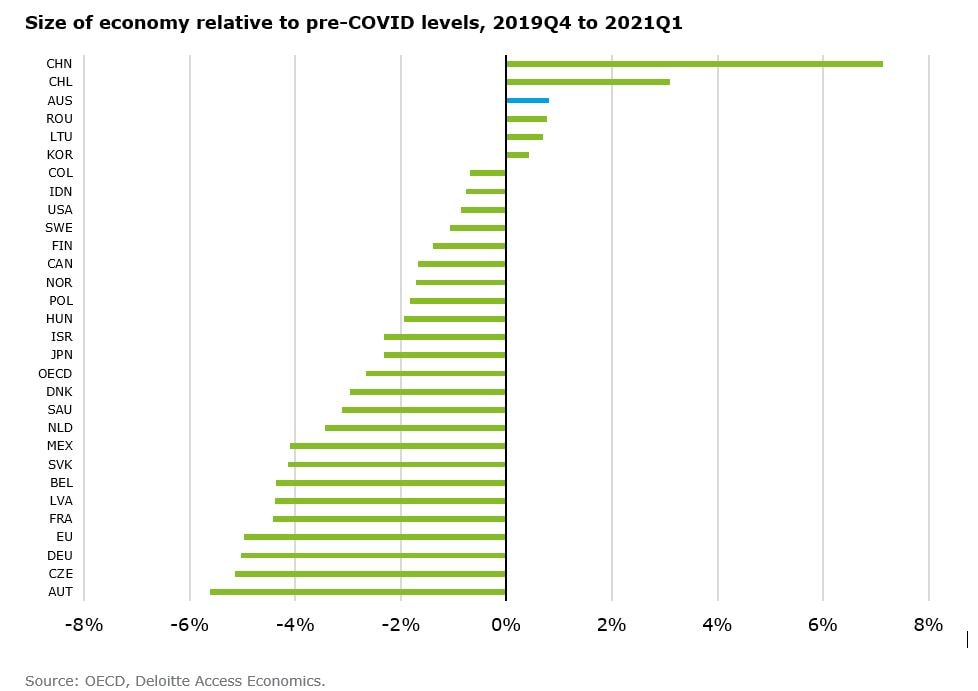 “And there’s good news beyond the headline figures as well,” Kolding said. “Today’s numbers show Australia’s recovery is becoming more broad-based. Families are spending locally, and businesses continue to invest, making the most of record low interest rates and tax offsets. Meanwhile, government stimulus is becoming a much smaller driver of growth than it was last year.

“Underpinning all of that is continued strength in jobs numbers. Employment is not only higher than what it was before the pandemic, but so too is participation. At the same time, underemployment is lower, and unemployment is falling quickly.

“Maintaining this trajectory is now the task at hand – the lockdowns in Victoria are a stark reminder that the pandemic is far from over.”

Deloitte Access Economics senior economist, Harry Murphy Cruise, said: “Today’s figures show just how superb our recovery has been. By most measures, Australians are better off than they were before the pandemic. And very few other countries can say the same.

“But a faster recovery doesn’t lock in a bigger economy 12 or 18 months from now. It just gives us a head start.

“To make the most of our recovery we need to continue encouraging families and businesses to spend through the rest of the year, target support for those that face barriers to do so and push fast-forward on the vaccine rollout.

“If we can do that, Australia will really be in pole position to capitalise when borders re-open around the world.”

Harry joined Deloitte Access Economics in January 2017 after completing a Bachelors of Arts and Commerce, with honours in Econometrics and Business Statistics from Monash University. Harry’s area of f... More

How employers can support women and create more high-trust, inclusive cultures during and after the COVID-19 pandemic.

Deloitte shines as a catalyst for the advancement of women