Hard data of the day

Date: Monday 23 May
From: Vierzon
To: La Souterraine 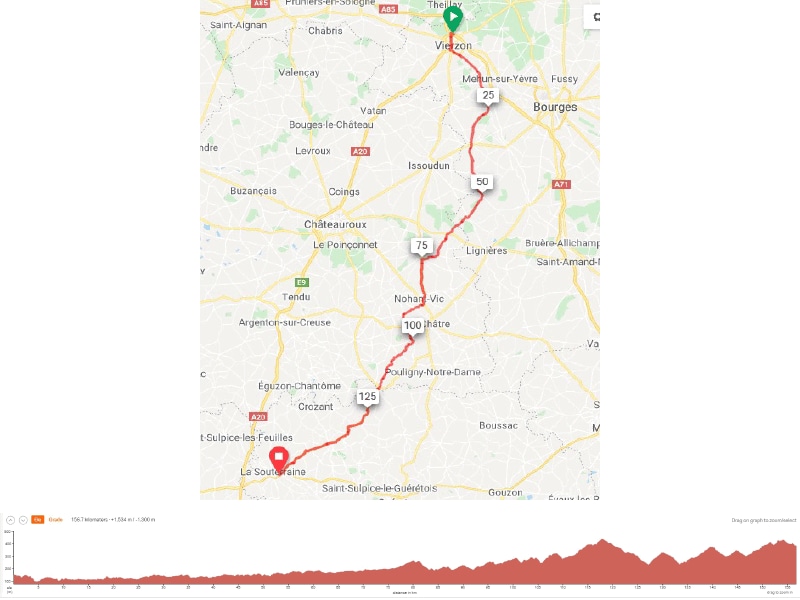 Hero of the day

Today we prepared for the worst, we hoped for the best, were able to navigate well in between the showers until lunch… and then the floodgates opened. We all felt like true Flandrien(nes)— some of the partners even had to confirm that by wearing T-shirts describing exactly that.

So, as the ride itself can be labelled as heroic, it is fair to say that most of us pushed our limits in some way today. #wecanbeheroestoo 😊 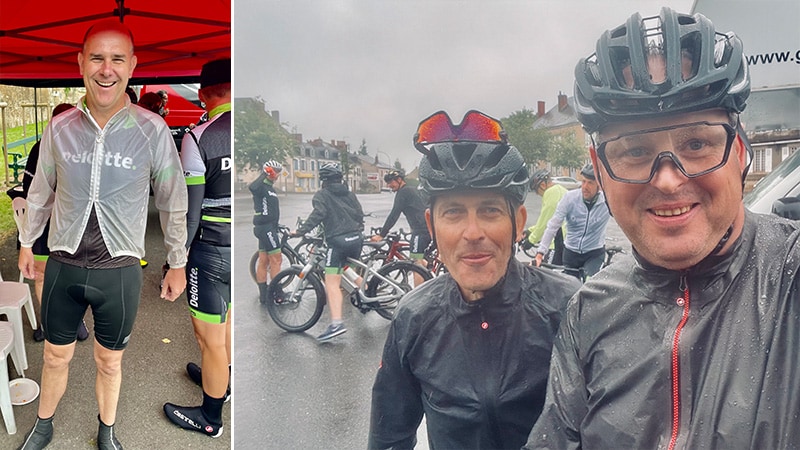 Trivia of the day

When preparing this blog, the idea was to write something about the Limousin cow, accompanied with a nice picture. We however did not see an awful lot of these animals, and when we saw them, we did not really feel like stopping to take an overly wet photo…

Also, we were cycling very close (about 10 km) to the geographical centre of France, which is located in a village called Vesdun. All day we looked for a town sign to Vesdun, but were not successful. Could it be that the centre of France is a black hole? 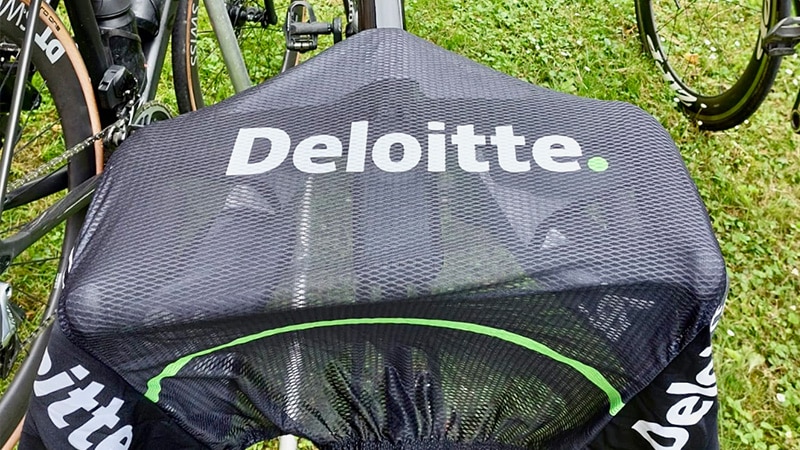 Story of the day

Today was all about riding. With the pace and/or the showers becoming more vigorous, the intensity of the conversations and the laughter decreased a bit. Some Belgian beer and some French wine further increased our appetite. We were getting somewhat hungry and when we feared an anticlimax could no longer be avoided (the first batch of pasta tasted burnt, as if someone extinguished a cigar in it), the cook prepared a second batch of pasta that was in fact very tasty. Hunger is the best sauce as one says in Dutch. But anyway, any potentially upcoming feelings of “hangriness” were avoided. A rider needs his/her pasta, right!? 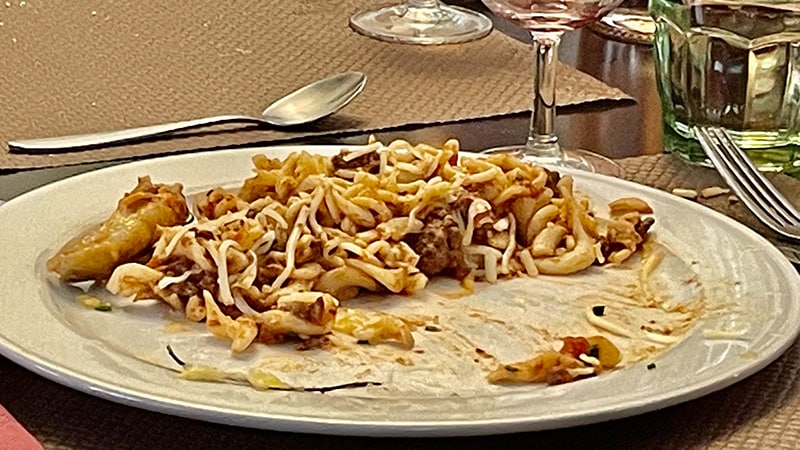 Today we prepared for the worst, we hoped for the best, were able to navigate well in between the showers until lunch… and then the floodgates opened. So, as the ride itself can be labelled as heroic, it is fair to say that most of us pushed our limits in some way today.

Watch our clips of the day

You are invited to sponsor their bike ride and contribute to the worthy causes they have chosen to support:
Berrefonds, Fund Isaan, Join2Bike, Maggie goes to Mombasa, and The International Committee of the Red Cross. Your contribution to helping these charities make an even greater impact is highly appreciated.

Rolf Driesen is managing partner of Consulting, a practice with 1,000 consultants working across five offerings: Strategy, Analytics and M&A, Customer & Marketing, Business Operations, and Human Capital and Enterprise Performance. The last 20 years, Rolf has advised clients across a variety of industries and helped them to deliver their critical business transformation programmes. These programmes include shared services, outsourcing, offshoring, and business portfolio changes and restructurings.

With our Purpose to make an impact that matters in mind, we have chosen to ride for four good causes. Support us and contribute to one (or more) of these important organisations. Every contribution will make a great difference.