Deloitte and the Belgian Pro League today issued for the second time “The socio-economic impact of the Pro League on the Belgian economy”, a report that quantitatively and qualitatively measures the socio-economic impact generated by Belgian professional football on the Belgian economy. The clubs’ turnover continues to grow, representing €321 million in 2017/18 compared to €313 million in the 2016/17 season, a 3 percent increase. The total gross output of the Pro League is estimated at €943 million. This means that individuals and organisations spent €943 million on ticketing, sponsoring, merchandising,… in the Belgian economy (clubs and all third parties) because of the existence of Belgian professional football, an increase of 0.8 percent compared to last year. The total number of jobs the clubs provided to the Belgian economy last season is 3,710, a 15 percent increase compared to 3,239 in the 2016/17 season.

In the 2017/2018 season Belgian football clubs’ operating revenues -ticketing, TV rights, sponsoring, advertising (infographic 1) - increased. Only the UEFA prize money decreased: due to a relatively poor campaign, the Belgian clubs earned €31.2 million in the 2017/18 season, which is a decrease of more than a third compared to 2016/17 season.

Nevertheless, the revenue growth of Jupiler Pro League clubs is substantial with a growth of 11% from season 2013/14 to 2016/17. Compared with a subset of European premier competitions (Portugal, Denmark, Netherlands, Switzerland and Austria), only Portuguese clubs recorded a stronger growth from 2013/14 season to 2016/17 season with an increase of 13%. Interest from foreign investors for Belgian clubs is also on the rise: on 30/06/2018, foreign individuals held over 50 percent of shares in 10 Belgian professional clubs. They injected €54.1 million into the clubs, with the majority (€51.5 million) through capital increases and loans. Up until now, the owners did not extract any dividends out of the clubs.

In the 2017/18 season, Belgian professional football contributed €615 million to our economy, compared to €669 million last year. A decrease of 9 percent due to the lower net transfer result.

Sam Sluismans, Partner at Deloitte Belgium: “The Belgian professional football clubs added significant value to the Belgian economy last year and have generated 15% more jobs compared to the previous year. Although its reputation experienced a rather turbulent year, there is no doubt that Belgian football continues to have a significant social and economical impact on our society”.

An important revenue source on which Belgian clubs rely heavily is transfers. While the net accounting transfer result for the 2017/18 season amounted to €73.3 million, it is a decrease compared to €97.1 million in the 2016/17 season (infographic 2).

Clubs are able to maintain stable transfer revenues from selling players, but are also increasingly spending money to attract new players. Compared with €79 million in the 2015/16 season, the value of players on the balance sheet - which is the transfer price minus the depreciation - has almost doubled to €142 million in the 2017/18 season.

Pierre François, CEO Pro League: “The international trend of player prices continuously increasing puts pressure on the Belgian model that relies heavily on transfers to run a sustainable business. Equally, the transfer challenges faced by the clubs create an opportunity to focus even more on players from the youth academies joining the first teams, rather than attracting foreign talent.”

Based on data for the 2017/18 season, 231 Belgian youth players, younger than 23 years, have a full-time or part-time contract. Together they played 82,464 minutes, 10 percent of total minutes played that season. Belgians in the other age categories, 23-26 and >26, played 13 and 22 percent of the total minutes, respectively. Belgian football clubs are required to invest a fixed amount in youth players. In 2017, the clubs invested €42 million in youth players and youth trainers, which is 2.4 times more than legally required (€17.3 million).

Finally, the economic impact also drives youth investment. Youth players transferred to other clubs, preferably after a successful start to their career, represent pure profit for a club.

While revenues grew, costs continued to rise too. With an average yearly gross salary of €211,000, player salaries represent the most important cost. There is a significant difference in average salary when comparing G5/K11/Proximus League clubs. The average yearly gross salary in G5 is €323,000, well above the K11 (€187,000) and the Proximus League (€90,000). This translates into 52 percent of total player salaries paid by the G5 clubs.

The total number of jobs in the 2017/18 season is 3,710, an increase of 15 percent compared to 3,239 in the 2016/17 season. Sam Sluismans: “Of these jobs, 926 or 44 percent are football players. The remaining 56 percent, the same as last season, are all other employees. The total tax contribution was €77 million, corporate tax, payroll tax, national insurance contributions and VAT combined. With 27,933 volunteers, 4.3 million social media followers, and 231 youth players under contract, the clubs continue to play a vital role in the social development of the country.”

The total commissions paid to transfer agents in the 2017/18 season is €37 million. This includes incoming and outgoing transfers (€22.4 million) and mediation (€14.6 million), such as negotiating contract renewals. In the 2017/18 season, 245 agents were active in Belgium. However, the majority of commissions were paid to only a few agents, with the top five earning on average €2.6 million. Their average commission is four times higher than that of agents placed 6 to 15 (infographic 3). Agent commissions are an additional cost for each transfer involving an agent, and negatively affect the net transfer result.

Numbers in the report are based on data from the annual reports of the Pro League and its 24 clubs unless stated otherwise to describe the revenue and cost evolution. Using economic indicators made available by the Belgian Federal Planning Bureau, Deloitte has quantified the economic impact of the clubs. The case studies are based on qualitative interviews performed with the selected clubs. 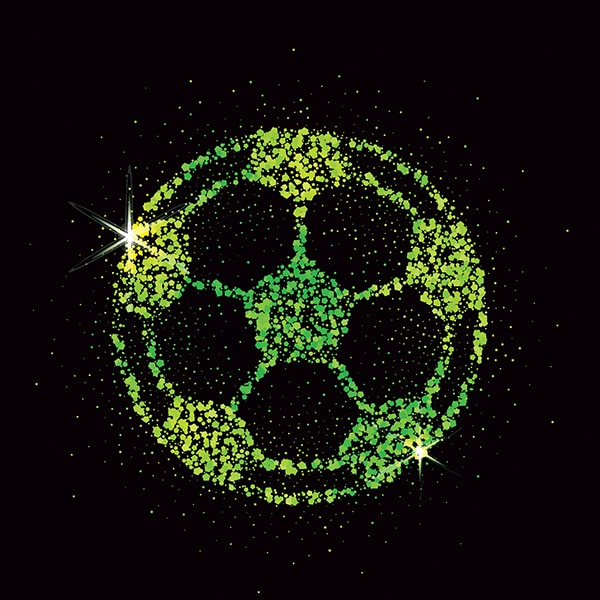