This year marks a significant milestone in China's reform and opening up journey, with enterprises having to face both opportunities and challenges. On 9 April, Deloitte and the Boao Forum for Asia jointly supported two roundtable discussions on how enterprises can adapt to the changing economic environment in China. Discussions leaders include some of the most prominent figures in China's business and political spheres. At both discussions, delegates shared their views on a range of topics, including expectations for Chinese future business environment, the major impacts of cutting-edge technologies on various industries, and the importance of striking economic and social value for enterprises.

Sitao Xu, Deloitte China Chief Economist & Partner, was the moderator for both sessions, with Simon Cox, Emerging Markets Editor, The Economist, and Qin Shuo, seasoned media practitioner, as the respective co-moderators for the MNC and entrepreneurship roundtables respectively. At both roundtables, over 80% of business leaders indicated in a poll survey that they believe China's business environment to improve in 2018. Both MNCs and Chinese enterprises see energy and infrastructure as sectors that possess the greatest opportunity in the context of the Belt and Road Initiative, while technology and innovation ecosystem will contribute most to their companies' growth with regards to China's regional development, such as the Guangdong-Hong Kong-Macao Bay Area and the Xiongan New Area.

At the 'MNCs in China: Adapting to the Changing Market' roundtable, the discussion was led by Qian Keming, Vice Minister of Commerce, China, and Zhao Haishan, Vice Mayor of Tianjin City, with CEOs and senior executives of 40 MNCs across finance, manufacturing, retail and technology sectors. Zhao Haishan, Vice Mayor of Tianjin City, opened up the interactive discussion with aspirational views on the 'smart' development of the Xiongan area and of the Chinese economy as a whole. Afterwards, discussion leaders shared each other's thoughts on areas including the business opportunities brought to MNCs by the Belt and Road Initiative, the ways MNCs can leverage technological innovations to create a positive ecosystem, as well as the role MNCs can play against the backdrop of the Greater Bay Area and Xiongan New Area development.

David Cruickshank, Global Chairman of Deloitte Global, wrapped up the MNC session by commenting that real tangible benefits have been reaped from the joining of forces between government and businesses. He also pointed out that the huge development of innovation in China bears strong relation to its talent pool and work ethic, as well as the common aspiration among businesses for the further opening up of the Chinese market.

At the 'Redefine Entrepreneur and Entrepreneurship' roundtable, the discussion leaders were Cao Dewang, Chairman of Fuyao Glass, Dong Mingzhu, Chairman of Gree, Jiang Xipei, Chairman of Far East Holding Group, Sun Pishu, Chairman & CEO of Inspur Group, Zeng Qinghong, Chairman, Guangzhou Automobile Group, Zhang Yue, Chairman & CEO, Broad Group and Zhu Yunlai, a financial expert who was once named one of the 'Top 25 Most Powerful Business Leaders in Asia' by Fortune Magazine. Over 30 other entrepreneurs from SOEs and other enterprises were also in attendance. They pooled a variety of insights into the geopolitical and technological impact that small businesses face today. Discussions centered on enterprises' view of their top responsibility, as well as the need to cultivate a business-friendly environment for long-term success for China's economic ecosystem. Paul Siu, Deloitte China Deputy CEO, concluded the session by thanking all participants for their attendance. 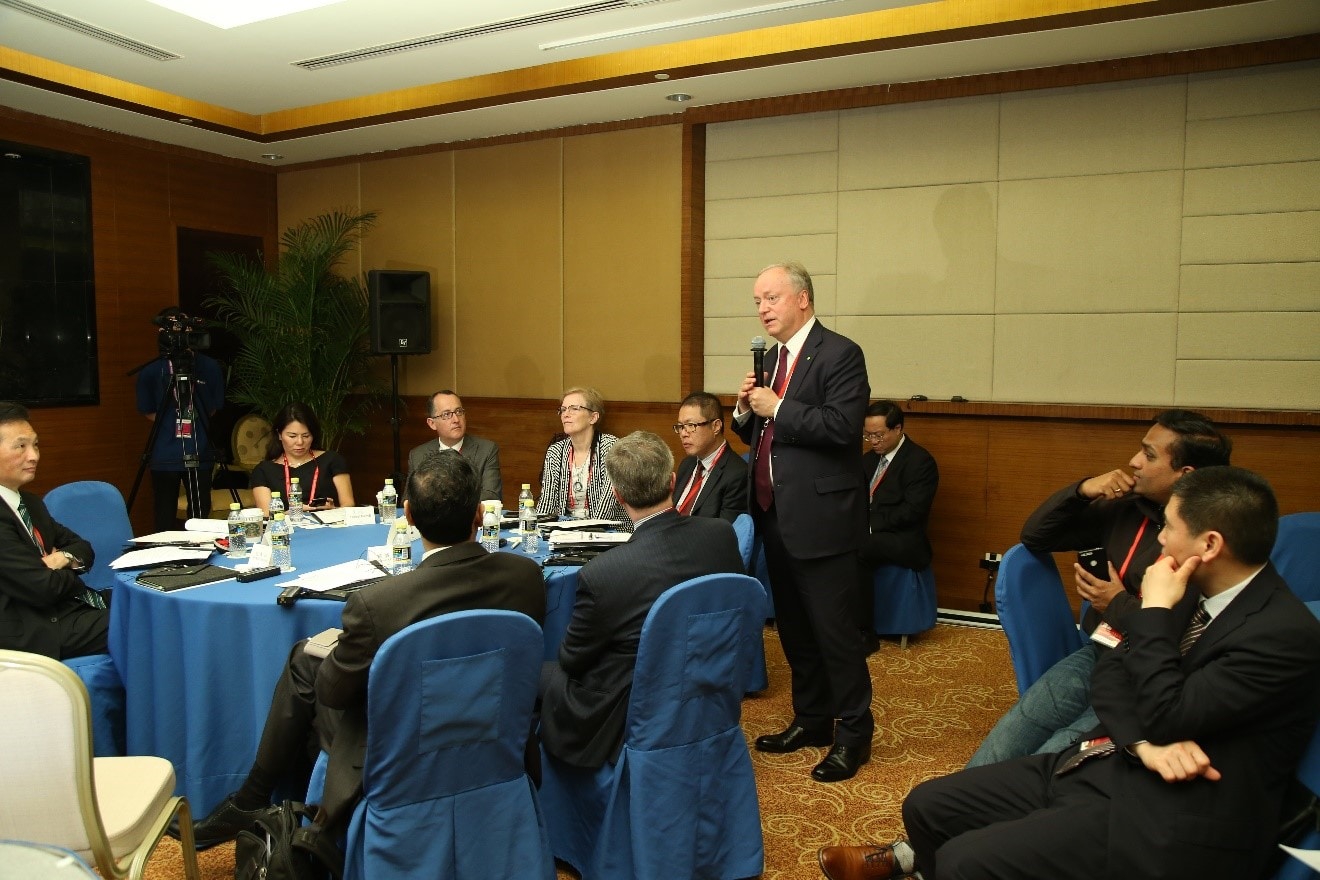 David Cruickshank, Chairman of Deloitte Global, delivering his closing remarks at the MNCs in China roundtable 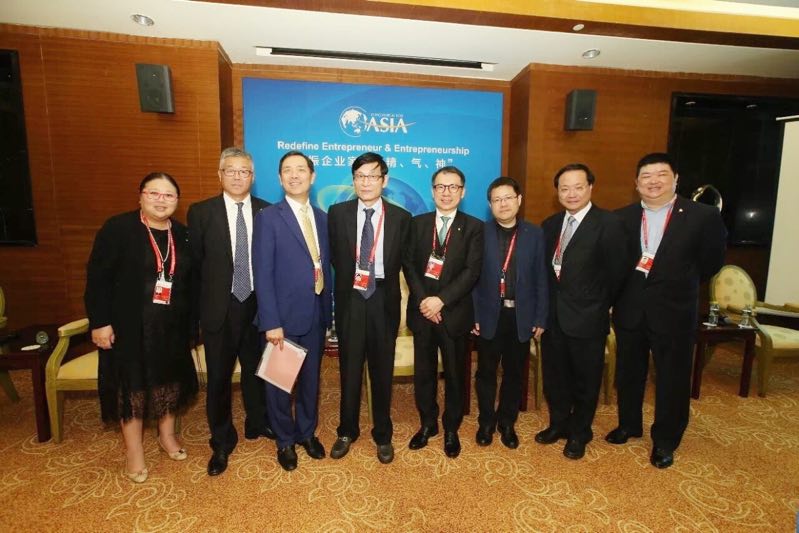