What's ahead for fully autonomous driving

In the extended automotive ecosystem, consumers will ultimately choose the winners and losers among the companies and brands vying to deliver convenient, low-cost and customized mobility solutions. In the new automotive consumer study on "What's ahead for fully autonomous driving: Consumer opinions on advanced vehicle technology", Deloitte surveyed over 22,000 consumers in 17 countries around the world, and focused on six countries (the United States, Germany, Japan, South Korea, China and India) to explore consumers' attitude towards self-driving technologies, their preference in advanced vehicle technologies and their choice among various mobility services etc. Following are the key findings from the study: 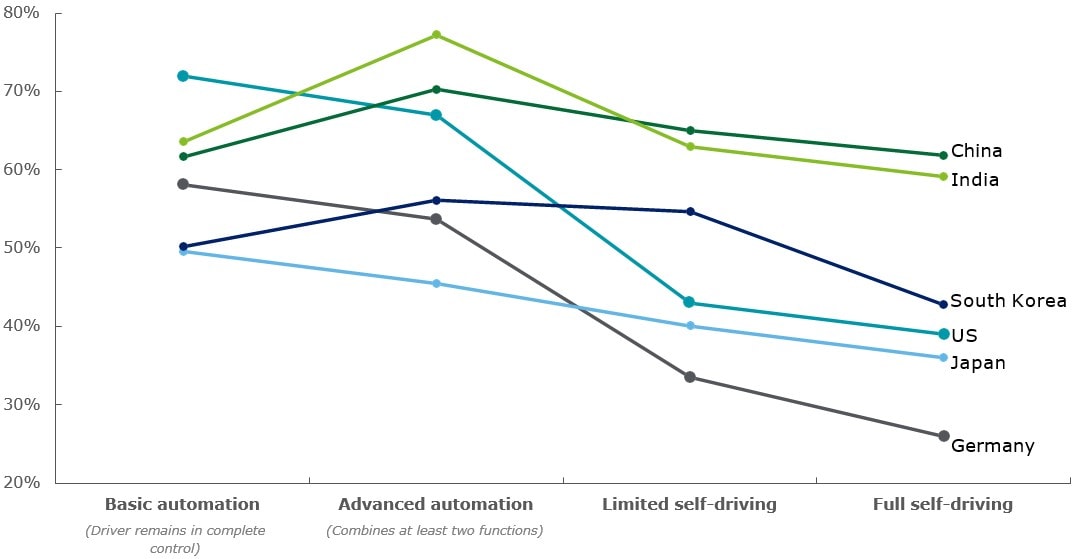 Figure 2: Advanced technology features that consumer say are most and least useful (rank order by country)

Figure 3: Overall expected price which consumers are willing to pay for advanced automotive technologies (2014 and 2016)*

* The dollar value for each country represents the average of overall weighted prices across the five technology categories (safety, connectivity, cockpit/convenience, self-drive, and alternative powertrain). The non-USD currency has been converted into USD by using the average exchange rates in 2016.

Figure 4: Percentage of consumers who use ride-hailing services that question whether they need to own a vehicle in the future, by generation 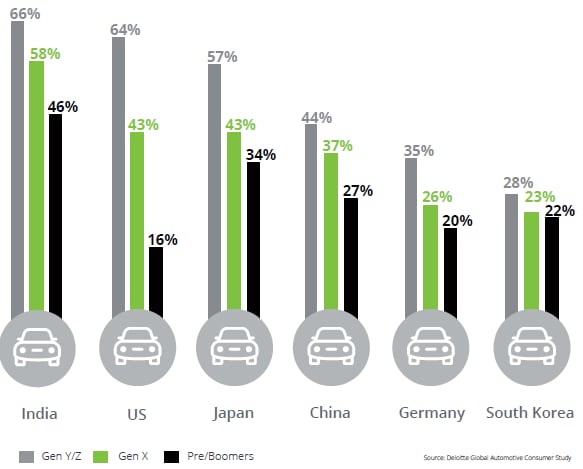