Automation with intelligence Reimagining the organization in the ‘Age of With’

​In their embrace of more digitised ways of working, many organisations have adopted robotics to automate repetitive processes. They are now seeking to scale these solutions with artificial intelligence.

The journey to scale

In May 2019 Deloitte surveyed 523 executives in a range of industries in 26 countries across Africa, the Americas, Asia and Europe on their intelligent automation strategies and the impact on their workforces.

Organisations believe they can transform their business processes, achieving higher speed and accuracy by automating decisions on the basis of structured and unstructured inputs. They expect an average payback period of 15 months – and in the scaling phase just nine months.

Process fragmentation – the way in which processes are managed in a wide range of methods – is seen by 36 per cent of survey respondents as the main barrier to the adoption of intelligent automation. IT readiness is considered the main barrier by 17 per cent of organisations.

The strength of intelligent automation comes to the fore when RPA combines with AI to enable applications that go beyond the routine to the innovative: from collecting and processing data to analysing and making contextual decisions. However, a significant number of survey respondents (48 per cent) admit to neither thinking about nor implementing an intelligent automation strategy that includes AI. Another 36 per cent include AI in their strategy but not at scale. Only 11 per cent of organisations are currently scaling solutions that include AI.

AI increases the productive capacity of the human workforce. Over 90 per cent of organisations expect it to increase their workforce capacity. On average they expect a 26 per cent increase in back-office capacity over the next three years and a 17 per cent increase in capacity in their core business operations. Despite the opportunity presented by intelligent automation to increase productivity, 44 per cent of organisations have not yet calculated how their workforce’s roles and tasks, and the way tasks are performed, will change.

Reskilling based on how the human workforce will interact with machines, including changes to role definitions, should be baked into organisations’ plans for intelligent automation adoption in order to leverage the expected capacity enhancement. But 38 per cent of organisations are not yet retraining employees whose roles have changed.

The new possibilities created by intelligent automation mean work should be redefined by:

The talent needed to automate is hard to find: fifty-nine per cent of those piloting automation believe they lack the workforce capacity and skills required.

Demographic trends are shrinking the pool of available talent. By 2028 there will be up to 8 million fewer workers in Europe than today.

But in recent years, the relationship between workers and many organisations has changed, allowing for full-time, part-time, contract, freelance and gig employment. Organisations should better utilise the ‘alternative workforce’ which offers short-term access to highly skilled workers during the implementation and scaling of automation.

2020 looks to be a breakout year for intelligent automation. Firms have targeted low-value opportunities for task-based automation and will increasingly seek to incorporate more advanced analytical and AI technologies as part of their solutions. To learn more, download our full report, Automation with intelligence.

Deloitte provides a portfolio of services and assets to imagine, deliver and run intelligent automation. Through immersive events we expose and explore opportunities to define the vision, strategy and business case for widespread adoption across the enterprise. We help executives refine the design, tools and methods necessary in order to rapidly scale up automation. As the business transformation takes shape and the benefits are realised at scale Deloitte provides both management, maintenance and enhancement. 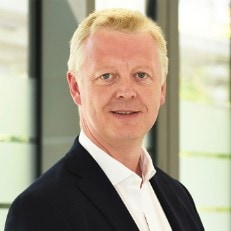 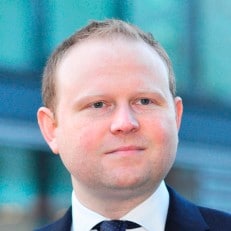 Richard is a senior research manager for Deloitte UK. He writes and speaks on a range of subjects including automation, cloud, digital transformation and the future of work. He previously headed-up the Deloitte team that produced thought-leadership for CFOs and other senior Finance executives. 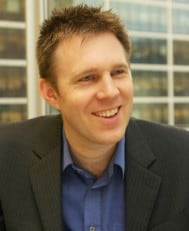 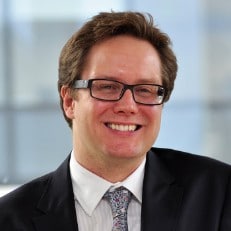 Dr. Matthew Howard is the Director of Artificial Intelligence (AI) at Deloitte where he leads the commercial and technology teams for AI and cognitive projects. Before joining this role, he led the Europe division of IBM Watson Health. He previously worked with Deloitte UK in different roles spanning digital analytics applications and strategy consulting. He has over 15 years of experience including his tenures at Kinapse Consulting and Outsourcing, and Novartis. Matt leads Artificial Intelligence projects spanning strategy, proof of concept, pilot, implementation, and integration. His teams comprise of consultants, data scientists, and data engineers who combine technologies across the AI ecosystem to develop best in class strategies and solutions to deliver real business value. He works closely on a broad range of data science technologies including Google GCP and Tensorflow, AWS, IBM Watson, and start-ups including Humley and ARRIA. His recent projects include automatically analyzing and managing customer contact through AI, and cognitive analytics of customer feedback and purchasing behavior to drive improved segmentation and customer retention. He studied biochemistry at the University of Kent and holds a Ph.D. in biological sciences from Imperial College, London. 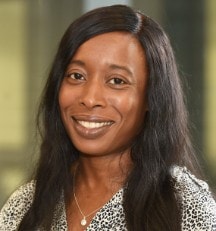 Dupe has over 15 years of global operational finance and cross-functional consulting experience. She also has extensive experience of large scale national and global Robotic Process Automation advisory and delivery projects. 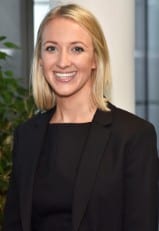 Lauren leads Deloitte UK‘s Future of Work Centre of Excellence, which analyses the disruption driven by exponential growth in intelligent automation, connectivity, talent models and the work which is being delivered. The CoE adapts and learns with clients to understand how jobs can be designed to drive a positive human experience. 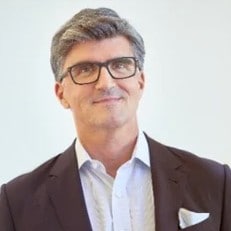 Steve is a principal with Deloitte Consulting and serves as the global leader for Future of Work for the firm. He has more than 20 years of experience advising global organizations on issues of strategy, innovation, organization, people, culture, and change. Hatfield has advised business leaders on a multitude of initiatives including activating strategy, defining a preferred future, addressing workforce trends, implementing agile and resilient operating models, and transforming culture oriented to growth, innovation, and agility. Hatfield has significant experience in bringing to life the ongoing trends impacting the future of work, workforce, and workplace. He is a regular speaker and author on the future of work and is currently on the Deloitte leadership team shaping the research and marketplace dialogue on future workforce and workplace trends and issues. He has a master’s in social change and development from Johns Hopkins and an MBA from Wharton, and is based in Boston.