Smart government: Unleashing the power of data The State Policy Road Map: Solutions for the Journey Ahead

Many states have untapped data and are just learning how they can use it to deliver value to citizens. Properly directed data can foster partnerships among governments, businesses, non-profits, community groups, universities, and hospitals.

The twenty-first century so far has been an object lesson in the power of data. Moore’s Law observed more than 50 years ago that advancements in computing power, with chip capacity doubling approximately every two years, were enabling a rapid expansion in our ability to manipulate data. With the advent of the Internet, the same exponential increase now applies to the ability to share that data as well.

The result is a new information age, with new rules of value creation. Indeed, some observers rate Google, Apple Inc., Microsoft, Amazon, and Facebook as the five most valuable global brands—all of them information companies first and foremost.1

Why is this relevant for states? Most states are sitting on an untapped treasure trove of data and are just starting to scratch the surface of how they can use this data to deliver value to their citizens.

To some, the term “smart government” may sound like marketing hype. But just as digitally savvy companies rely on data, a 360-degree smart government looks to leverage data to improve outcomes.

The digital infrastructure of a state allows entrepreneurs in government to discover new ways of creating value. Moreover, smart governments often foster partnerships between government, businesses, non-profits, community groups, universities, and hospitals—with all entities focused on a shared goal: creating a smarter state and improving the lives of citizens.

Digital government creates the data-rich platform. Data-smart government then delivers the goods. Perhaps the biggest challenge is getting the data out of the shadows and making it available for use. If states can succeed in that, then, and only then, can the potential power of all that data be realized.

The vision is a government that embodies the best attributes of the public sector today—one that is intuitive, integrated, and intelligent:

Issue by the numbers: Data and smart government 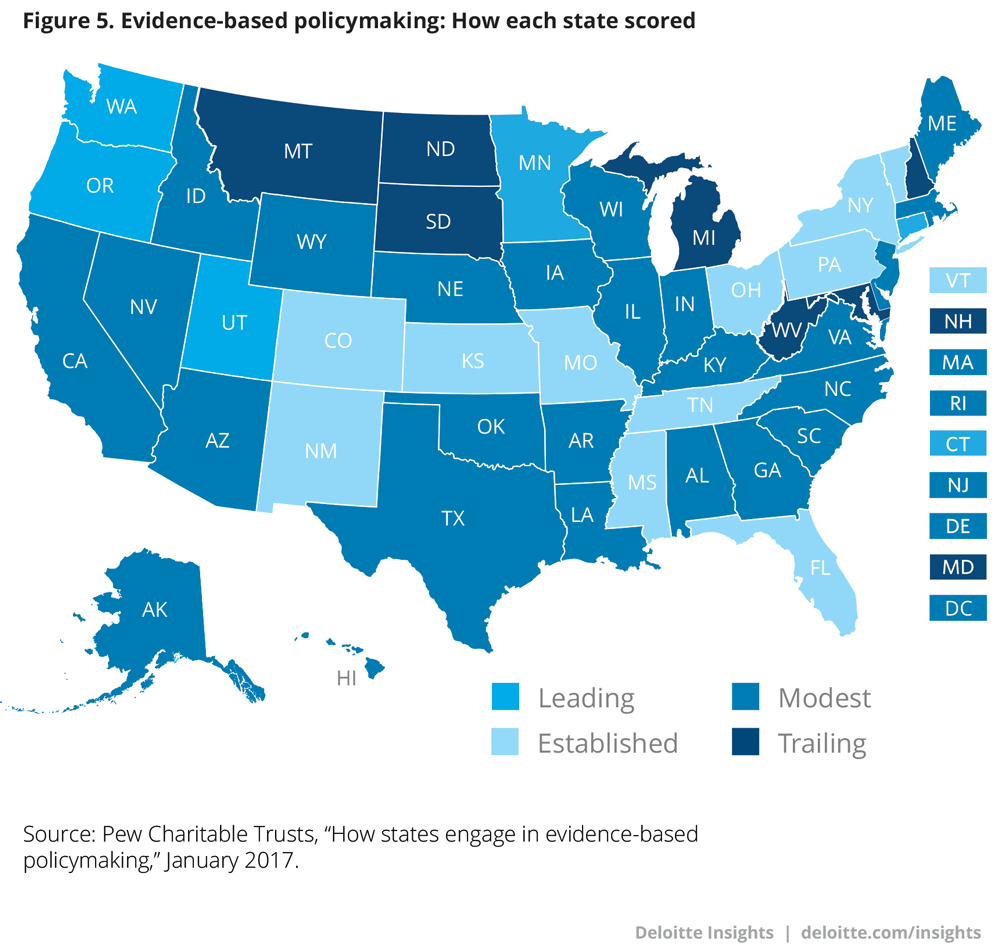 There is no magic formula for a state that wants to take advantage of data it already has; there are various ways to tap into that latent data potential. What is important is recognizing the value trapped in currently available data and committing to unleashing that value for citizens.

That said, several barriers can exist to making this data available. Some are technical: For instance, users are often unable to access data housed in different systems. Some are cultural: Various departments may not put a high priority on sharing information outside their own organization. Legal restrictions on data-sharing and privacy concerns must be considered, too. For example, a department that shares sensitive data with another department needs to ensure that appropriate cybersecurity measures are in place to safeguard that data.

Here are some concrete steps that states might consider on their data-smart journey.

Government agencies can better realize the benefits of data by putting some structure behind their data effort. One way of doing this could be by establishing centralized oversight for the government’s data analytics. An analytics center of excellence (CoE) staffed with data scientists, information designers, and cognitive scientists can promote cross-agency knowledge-sharing. A data analytics CoE can share skills, tools, and techniques to meet the needs of all state government agencies. This CoE can become a tiger team for data challenges that can be assigned to whatever priority problem state leaders identify, from the opioid crisis to Medicaid fraud to transportation. The collaboration among this data community can inform decisions made by state leaders.

Shift from reactive to preemptive government

Data-driven public policies can help governments shift resources to where they are needed most. Predictive models, as well as other types of data analysis and visualization, allow states to focus more efforts on prevention rather than on reaction and remediation. For example, rather than simply reacting after a noncustodial parent has missed support payments, a predictive model can alert enforcement officers ahead of time about which noncustodial parents are likely to go into arrears. This can allow the agency to proactively communicate with and offer additional services to potential defaulters, possibly even preventing them from going into arrears in the first place.

With 15 years of historical data, Pennsylvania’s Bureau of Child Support Enforcement developed a payment score calculator using predictive modeling. This calculator estimated the likelihood of different scenarios: that a noncustodial parent would begin to pay court-mandated child support, that the parent would fall behind at some point in the future, and that the parent would pay 80 percent or more of accrued amounts within three months.5 Based on this score, caseworkers can now follow a series of steps and keep a case from becoming delinquent.

The concept behind nudge thinking is this: Minor, often inexpensive, tweaks to choice environments can motivate big changes in people’s actions. Combining behavioral insights with the latest in digital technology and data science can take nudge thinking to a new level, enabling smarter decisions by citizens, groups, and the governments that serve them.

For example, Oracle (through its acquisition of Opower) uses the power of data and behavioral economics to motivate people to save energy. It creates personalized energy reports that compare a household’s energy use with that of their neighbors—those who live nearby in similar types of homes. Through these reports and an online scoreboard, the company has gamified the experience of energy consumption. It encourages people to compare their household electricity use with their neighbors’, allows energy users to complete challenges, and earn points and badges tied to reduced energy use.6

With today’s technologies, creating an enterprise system is often less about trying to corral dozens of disparate agencies into using a single platform and more about creating systems of systems built around data exchanges with a common understanding of how that shared data is defined. The key enabler for this is a strategy around application programming interfaces (APIs)—tools that allow one computer program to communicate with another. APIs enable the government’s core IT assets to be reused and shared. They can also facilitate the development of third-party applications from government data.

State governments mostly think in terms of structured data. But as they expand their data capabilities, they should consider tapping into unstructured data sources as well, such as video feeds, surveillance cameras, public tweets, and geotagged 311 reports.

New analytical tools now enable these kinds of unstructured data to be analyzed in order to shine a light on what was dark, thus potentially increasing effectiveness and leading to better decision-making.

Behavioral science can sometimes help government agencies solve some of the trickiest problems. The New Mexico Department of Workforce Solutions used behavioral tactics to enhance the accuracy of responses among unemployment insurance claimants.

By including pop-up messages at key points in the digital workflow, claimants were reminded of the importance of providing correct information at a critical moment. Administrators tested different messages to determine the most effective one—another data smart approach. In the year after the smarter system went live, improper payments fell by half and unrecovered overpayments were reduced by almost 75 percent, saving the state almost $7 million.

Identifying at-risk children in the District of Columbia

Child welfare agencies across the nation often struggle to return children to their parents quickly (reunification) and help them remain there (stability).7 The District of Columbia’s Child and Family Services Agency (CFSA) tackled reunification by building a statistical model that would predict the extent to which a successful reunification was probable or unlikely based on the specific facts of the case. The predictive model segmented children into different groups, flagging those least likely to have a timely and stable reunification. Perhaps more importantly, the model identified why children faced these risks and which factors were under the CFSA’s control.8

Until 2015, Ohio was behind most states in digital budget transparency. Things changed when the state launched OhioCheckbook.com, an interactive spending transparency platform that allowed people to view and use budget data from various categories—all the way down to specific expenditures. OhioCheckbook delivered value not only to people outside, but also to those working within the government, who used it to perform various tasks instead of relying on internal tools.

OhioCheckbook.com illustrates how better data presented interactively can engage more people within and outside an organization. This, in turn, can help identify data quality problems and may result in even better data and insightful analysis, thus creating a virtuous cycle.9 Mark Price is a principal at Deloitte Consulting and the lead client service principal (LCSP) for Deloitte’s work with the Internal Revenue Service (IRS). He is a leader in the US Government and Public Services (GPS) practice and the Global Consulting leader of our civil government sector. Price has lived and worked in North America, Asia-Pacific, and Europe, and has more than 30 years’ experience leading strategy, operations, and technology transformation programs for a wide range of government, healthcare, and higher education clients. 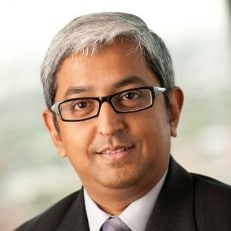 Rana is a managing director in Deloitte Consulting LLP’s Public Sector practice, leading Deloitte’s smart city initiative in the US and supporting Deloitte’s smart city work globally. He has more than 18 years of experience in implementing and leading major government transformation initiatives in public health, human services, transportation, and finance and administration. His work with government agencies includes the development of strategic smart city roadmaps, implementation of smart transportation solutions, operations and maintenance of one of the largest civilian financial administration solutions for the federal government, and automation of long-term care case management.

Smart government: Unleashing the power of data has been saved

Smart government: Unleashing the power of data has been removed