The decline and rise of London

The decline and rise of London The UK Briefing | September 3, 2019

London is a major force in the UK economy, yet London's time as the powerhouse of the British economy is relatively new. We explore the features of London’s economy that have enabled the city to prosper in a new era of globalisation.

LONDON is a major force in the UK economy, accounting for between a quarter and a third of UK output, depending on how the boundaries are drawn. And London is, by a multiple of over seven, the UK’s most populous city.

Yet the familiar story of London as the powerhouse of the British economy is relatively new. Within living memory London was a city in decline. Its population peaked in the late 1930s before going into a long decline. London’s population shrank by over a fifth between 1941 and 1992, losing two million people at a time of rapid growth in the UK’s wider population. Its economy also underperformed. The economic historian, Professor Nicholas Crafts, estimates that the premium of London GDP per head over the UK average shrunk from a peak of 65% in 1911 to 23% by 1971.

Poor housing, pollution and the decline of established industries weighed heavily on London during this period. Before the second world war the government was making plans for the demolition of vast tracts of slum housing. Bombing during the war did some of the planners’ work and, from 1945, further demolitions and the construction of new towns such as Stevenage, Hemel Hempstead and Bracknell, led to an exodus of people to the outer London boroughs and beyond. The population of Tower Hamlets, one of the city’s most populous boroughs, shrank from over 600,000 in 1901 to less than a quarter of this by 1981. 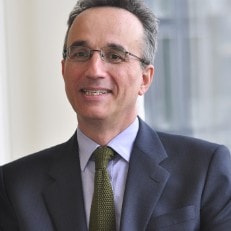