Close to home and wired to stay that way

The idea for the business came to Roy Richards in 1937, when the recent college graduate first started trying to figure out how to bring electricity to his grandmother’s home in rural Carrollton, Georgia. At first, the company was called Richards & Associates and its business was erecting power poles. It strung 3,500 miles of cable before World War II, when Richards was called into service. He later returned home to find many of his power poles stood wireless, a reflection of wire shortages caused by the war. Today, the company has grown from just 12 employees to more than 7,000, but 70 years later its core business remains wire and cable. And it’s still family owned. Roy passed away in 1985, but his son, Roy Jr., took over. After a planned initial public offering in 1987 was pulled back following the Black Monday stock market correction, Roy decided to maintain and expand many of the governance practices put in place in preparation for the initial public offering, while preserving the company’s family ownership. To this day, only direct descendants of Roy Sr. can be shareholders – not even spouses are eligible.

“You basically have to have Richards blood running through your veins,” says Chief Financial Officer Guyton Cochran. “But it was important to Roy, Jr., and continues to be important to the rest of the Richards family, that Southwire is a privately owned but professionally managed company.”

“They want to make sure that their reputation remains fully intact and supported.” 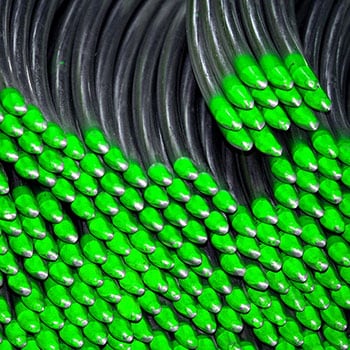 What does that mean? Southwire isn’t a public company but it acts like one. It has an independent board, with only three family directors. It split the role of chairman and chief executive officer, and has a separate independent lead director, all with unique roles and responsibilities. The company consistently benchmarks itself against public companies, not just for financial measures such as return on investment, dividend ratios, and earnings growth, but also by ethical and sustainability standards. For instance, it adheres to public company standards for the use of conflict minerals, such as gold and tungsten, that are sourced from high-risk areas.

“That’s not a requirement for us to satisfy but we want to make sure we’re in compliance,” says Burt Fealing, Southwire’s general counsel and head of compliance and sustainability. “Our family ownership is going to be there for decades, and they want to make sure that their reputation remains fully intact and supported.”

The family also wants to ensure it stays involved in the business. The family home still sits on the same property as the original manufacturing plant. As the company gets ready to transition from the second generation to the third in the coming years, it’s important that they continue to play a role. For this reason, their family office has enhanced its governance practices in recent years. Each of the three family directors is voted on by shareholder proxy every three years. There’s a family office committee focused on educating younger family members on the basics of the business, such as electricity and its production. A few years ago, two family members accompanied Fealing and the company’s CEO, Rich Stinson,to a family enterprise governance program at the Kellogg School of Management at Northwestern University in Chicago.

“These kids literally grew up here, right next to the company,” Cochran says. “They share not only that closeness but a belief in how the business should be run.”

In return, Cochran and the rest of the management team work to ensure their invested capital earns a handsome return. While many family businesses suffer from competing personal demands on the money their companies generate, Southwire isn’t one of them. Cochran says it enjoys a very stable capital base due to the family’s commitment. He knows that they need to earn a better financial return than the shareholders might otherwise achieve in public markets, with far greater liquidity, and that’s one of the key reasons the family brought in professional managers so long ago. “Our number one goal is to be good stewards of the Richards family capital,” Cochran says. “We feel like we’re on top of the mountain and we want to stay there.”