Citizens of the World: The Foundation and Global Growth of Deloitte’s Footprint

From its earliest days, Deloitte worked with clients around the world, embracing a global outlook that would lead to the international network of member firms serving 150 countries and territories today.

More than 40 years after first opening its doors, William Welch Deloitte’s London-based practice still had only one office. Its work, however, included audits for companies with business interests in the United States, Latin America, Australia and China.

“I am almost obliged to conceal the fact that you are in Africa for fear of getting more work for you to do there,” Deloitte partner John George Griffiths wrote to staff member Edward Adams in 1888. Griffiths himself went to Paris twice a year to inspect the books of one client, and visited New York the same year Adams went to South Africa. Two years later, Deloitte opened its first international office, on Wall Street.

Deloitte’s international footprint grew quickly thereafter. By the start of World War I in 1914, there were offices in Argentina, Mexico, Brazil, Canada and Cuba, as well as on the island of Java (a joint venture with George A. Touche & Co. that was the first formal connection between Deloitte and Touche), and in South Africa and Southern Rhodesia (the future Zimbabwe). Engagements came from Ireland, Norway, India, Egypt, Chile and Singapore.

The structure of these new practices would resonate with Deloitte professionals today: a network of associated firms, each with their own partners, who referred work to those in other associated firms. The New York office would soon be the hub of a network of its own branch offices across North America. Associated firms in continental Europe and southern Africa followed suit.

During this era, Deloitte legacy organizations were pursuing their own global expansion. Haskins & Sells was the first American accounting firm to open a London office, in 1901, and in the subsequent 25 years opened additional offices in China and the Philippines. In 1925, Deloitte and Haskins & Sells merged their Canadian, Cuban and Mexican practices, and five years later formed a joint venture in Europe, South America and South Africa. The two firms merged in 1952, ushering in a period of major global growth, opening the first Tokyo office in 1955. (Tohmatsu Awoki & Co. was established 13 years later, in 1968.)

Meanwhile, Touche Ross was increasing its global footprint even more quickly, doubling the number of countries with associated firms between 1960 and 1962. In 1961 alone, Touche Ross opened offices in Argentina, the Bahamas, Barbados, Brazil, France, Jamaica, New Zealand, Panama, Peru, Puerto Rico, South Africa, Southern Rhodesia and Switzerland, and later in the decade made its first affiliation with an Indian auditor, laying the groundwork for today’s Deloitte India.

The explosive growth of Touche Ross led it to formalize the member firm structure that continues today. This concept of member firms dates to 1974, when a federation of 30 Touche Ross member firms were established. A dozen years later, Touche Ross had 54 national firms. 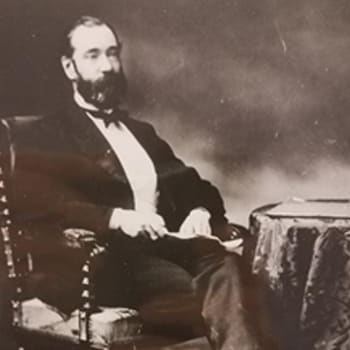 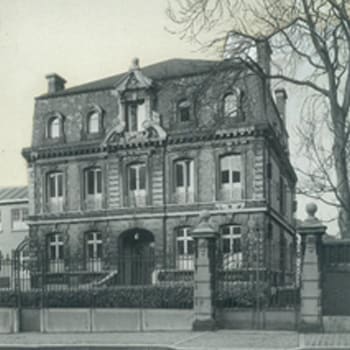 An early Deloitte office in Belgium, 1948. On the firm’s business I visited practically every country in Europe. It was a happy experience for a young man not only in gaining knowledge of continental business matters, but in giving him the opportunity to become acquainted with life in centres like Paris, Madrid, Seville, Rome, Vienna in the days of the Hapsburgs, Berlin, Brussels, Antwerp, Constantinople, Prague (where clashes took place on certain feast days between the Czechs and Germans, leading often to blows and sometimes worse, and I frequently saw the Austrian Archduke driving an English dogcart with a small tiger behind him, whilst he was stationed with his regiment in that city), St. Petersburg and Moscow (when the Tsar was on the throne) and the towns of the Baltic.