AI reports for duty in the Australian military

Australia’s Navy, Army and Air Force are reimagining their workforces with the help of Deloitte’s Collective Intelligence—and leading from the front on global military transformation

Given the unrelenting pace of military decision-making, today’s defense organizations face many of the same tough challenges as commercial businesses.

One important question they face is how to maximize the effectiveness of their large workforces, and deliver high-quality service while demonstrating value for money. What’s true for corporations and their relationship with shareholders also holds true for public institutions, as governments look to earn trust in their ability to manage the public purse.

Increasingly, organizations have turned to the power, speed, and insights of advanced technologies to augment the human skills of their workforces. Among militaries, it’s a space in which the Australian Defence Force has grown to be a world leader.

Although the public and private sectors face similar challenges in workforce transformation, Steve Elliott, a Partner, Human Capital at Deloitte Australia, makes it clear that their motivators are very different.

“The public service operates on quite a different model to the commercial sector,” said Elliott, who leads Deloitte's Workforce AI Augmentation in Australia. “Apex KPIs are around levels of service, and effectiveness and efficiency in delivering those services. While stewardship of public funds is important, it’s not the same as the commercial drive to make a dollar. Transformation is not so much to reduce people costs, as to release them to do higher value work, while at the same time uplifting workforce capabilities.”

Deloitte’s engagement with the Australian Defence Force began three years ago when it was brought in to assist the Royal Australian Navy with a looming problem: The federal government’s multi-billion dollar commitment to naval fleet modernization, involving technology upgrades and a program of continuous shipbuilding, was creating significant challenges to manpower. Thousands of additional workers will be needed to run a more agile and advanced organization, and given the time and money that would be needed to recruit and train new people to a high level, the situation created a natural opportunity to deploy an advanced technology that is tailor-made for innovative solutions: Artificial Intelligence (AI).

“The idea was to use AI assistants to work alongside and for our human workforce, to try and free up some capacity, so that humans could focus on more important cognitive tasks rather than having to spend excessive time manipulating systems and data to support decision-making,” said Rear Admiral Mark Hammond, Deputy Chief, Royal Australian Navy.

Deloitte brought its Human Capital capabilities, based in the national capital Canberra, to tackle the challenge: how to create a faster, smarter, leaner, and more agile Navy? Inside the control center on the HMS Adelaide.

A new kind of workforce

Core to the project’s success was to move beyond a typical technological mindset and look to its potential as a creator of value, Elliott said. Deloitte’s approach is to place the various technologies into a human-centric work context and assemble the components as ‘workers.’ With this ‘workers-not-tech’ outlook, the Navy could begin to integrate the various forms of AI with employees’ human skills to create a new kind of workforce, driven by Collective Intelligence.

Properly implemented, Collective Intelligence (CI) creates a capability greater than the sum of its parts. It helps reimagine the workforce by enabling the redesign and redistribution of work. CI brings together four types of worker, three of which are different types of AI assistants:

The fourth type of worker—the Navy’s human workforce—would now be now be freed from repetitive and routine tasks to use judgement, intuition and empathy to greater effect in critical frontline roles.

To create a CI workforce with optimal capabilities, a cross-functional Deloitte team was embedded in the Directorate of Navy Continuous Innovation. This team worked with Navy staff to scope, design, configure, test, and pilot the automated assistants that launched the Navy’s transition to an AI-augmented workforce.

Working collaboratively within immersion labs, the team worked to identify and classify all current and anticipated work types, then map them according to the level of strategic importance of the work, and the cognitive power required to do it. Using the map, assessments can be made as to which work can be augmented with AI, to what extent and in what sequence. The work types to be assigned to AI assistants are selected based on high return, rapid realization, and low risk. Use cases are developed for each type of prospective AI assistant.

Two AI assistants were initially built as proofs of concept: an Automated Gunnery Assistant and a Cognitive Weapons Engineer. The outcomes were impressive, realizing an 85 percent reduction in manual effort, with follow-on savings of AU$1 million per annum. Some 10 percent of the people previously doing the work were able to be redeployed to higher-value tasks.

“Deloitte has helped us achieve these goals significantly … the work the Deloitte team has done over the last 24 months has been central to educating not only my team but the Navy more broadly as to what the technologies can do,” said Capt. Adam Allica, Directorate of Navy Continuous Innovation. 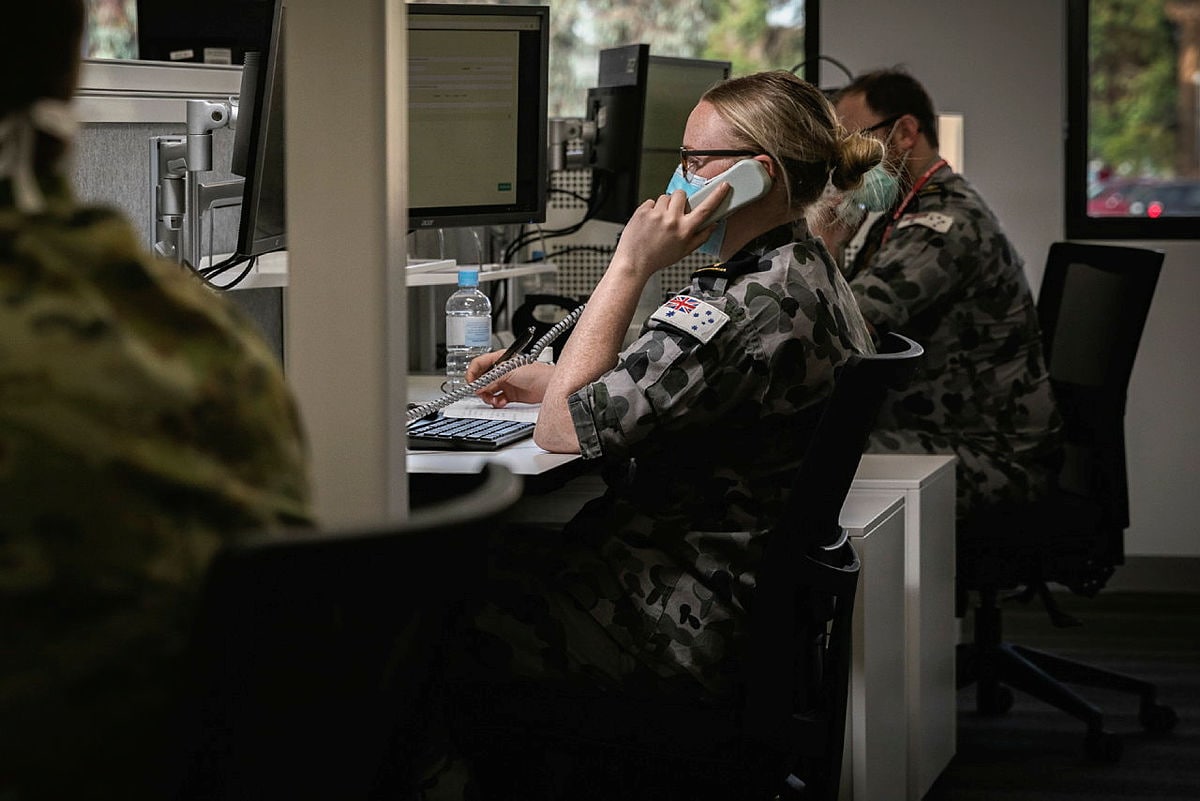 This rapid progress in the Navy’s workforce transformation did not go unnoticed by Australia’s other defense services. It led to additional applications, with proofs-of-concept for both the Army and Air Force, running in parallel with the Navy transformation. The Deloitte team is also now designing and implementing cognitive assistants, such as chatbots and quality-assurance compliance assistants, across all three services.

There are now 20 AI assistants hard at work across all three forces, and the number is set to rise.

“One of the things that accelerated development was that Deloitte established an Integrated Project team bringing the three armed services together. Each week we run through program-level status reports, but more importantly, the floor is open for them to share ideas and experiences,” said Elliott.

The advantages of this cross-fertilization of ideas and issues extend beyond the public service. Deloitte increasingly sees synergies across many different industries. “You may have different stakeholders you’re delivering to separately,” Elliott added. “They have nothing to gain from each other competitively, but they share similar challenges. It makes sense to bring them together. For instance, you may be able to bring a mining company together with an electricity provider —both are asset management companies.”

All photos courtesy of the Royal Australian Navy

Closer to customers via the Cloud