Just what the doctor ordered has been saved

Just what the doctor ordered has been removed

Just what the doctor ordered

Learn how Uniphar transitioned from an organization unable to capitalize on growth opportunities to one that now has the scale to compete and the operational agility to meet the challenges of a difficult market environment.

Sometimes, it’s necessary for a company to take a step back before it can take two steps forward. Just ask the leaders of the Uniphar Group, a leading provider within the pharmaceutical and sector in Ireland.

In 2011, the combination of loan debt and high overhead was making it difficult for Uniphar to capitalize on growth opportunities. Just three years later, against a challenging economic backdrop, its annual revenues increased almost 60 percent, earnings were up 75 percent, and debt decreased by about a third. It also completed a major acquisition and initiated implementation across the organization.

Along the way, Deloitte Ireland has played a key role in Uniphar’s resurgence.

“Our corporate finance team was hired in 2011 by two Irish banks to complete an extensive review of Uniphar’s financial health and assist with negotiating a restructuring of the company’s existing loans to harness growth opportunities in the market,” explains David Carson, Deloitte Ireland’s lead client service partner for Uniphar. “By 2013, those banks were willing to fund Uniphar’s US$54.3 million acquisition of pharmaceutical wholesaler Cahill May Roberts (CMR). That speaks volumes about the progress Uniphar made and the trust the banks had in its management team.” Deloitte Ireland corporate finance provided due diligence services on the acquisition.

Shortly after the CMR deal closed, Uniphar conducted a series of for customers and existing shareholders—the community pharmacists who own Uniphar—seeking US$22.5 million in equity investments to strengthen its balance sheet and improve its net debt-to-equity ratio. The share issue was heavily oversubscribed, leading the company’s board of directors to expand the maximum threshold to US$28.1 million. The board had to refuse about US$9 million in funding from outside investors.

The scale and agility to compete

The capital infusion helped Uniphar pay back slightly more than half of its CMR-acquisition loans. Meanwhile, Uniphar management was working to efficiently integrate the Uniphar and CMR organizations. “There were many similarities between the companies’ operations, creating both overlap and opportunities to build synergies,” Carson says. “With an initial assist from Deloitte Ireland, the organization has been able to reduce overhead by more than 40 percent over the past three years.”

Carson is particularly proud that employee retention remained high throughout the integration. “This sector is dependent on relationships and customer knowledge, so losing employees to competitors could have impacted their competitive edge in the market,” he says. “If Uniphar had not retained employees at such high levels, it is likely they would not have been able to complete the integration as quickly as they did.”

While the integration progressed, Uniphar hired Deloitte Ireland’s consulting group to implement SAP across all areas of its business. “The SAP project involved implementing a single, integrated system to manage Uniphar’s procurement, sales ordering, accounting, and human resource processes,” Carson explains. The implementation process is expected to be completed in 2015.

“Deloitte Ireland has been a valued adviser throughout the past three years. With the CMR integration completed and the SAP implementation nearing an end, we now have the scale to compete and the operational agility to meet the challenges of what remains a difficult market environment,” says Gerard Rabbette, Uniphar Group Chief Executive Officer. “Uniphar has a clean bill of health, and our senior team can focus on the development of our core business.” 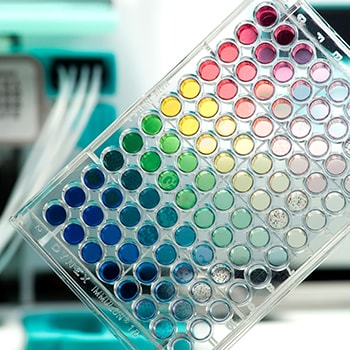 Deloitte again named a global Leader in SAP Implementation Services by Gartner.
Gartner does not endorse any vendor, product or service depicted in its research publications, and does not advise technology users to select only those vendors with the highest ratings or other designation. Gartner research publications consist of the opinions of Gartner’s research organization and should not be construed as statements of fact. Gartner disclaims all warranties, expressed or implied, with respect to this research, including any warranties of merchantability or fitness for a particular purpose.
Source: Magic Quadrant for SAP Implementation Services, Worldwide, July 23, 2015.