High-voltage expansion has been saved

High-voltage expansion has been removed

Deloitte member firms’ roles in helping State Grid Corporation of China complete high-profile acquisitions demonstrate the impact and value of the network’s multidisciplinary model, its cross-border reach, and its ability to meet the complex needs of large organizations.

State Grid Corporation of China (SGCC) didn’t exist before December 2002. Today, based on revenues, it’s the largest utility in the world and ranks seventh on the Fortune Global 500®.

When you’re constructing and operating power grids in one of the most rapidly developing major economies on earth—and doing it effectively with a focus on safety and sustainability—growth comes with the territory. SGCC’s success is about much more than being in the right place at the right time, though. Like many Chinese enterprises, it’s an active and direct investor in foreign businesses, consistent with the nation’s “Go Out Policy.”

That’s where Deloitte comes in.

This past year, Deloitte China was engaged by SGCC to provide a suite of advisory services—including financial and tax due diligence, valuation and structuring services, and negotiation support—to inform and facilitate SGCC’s purchase of a 35 percent stake in an Italian energy company, CDP Reti, from Cassa Depositi e Prestiti (CDP). A year earlier, Deloitte China provided similar support for the purchase of a 19.9 percent stake in Australian electricity supplier SP AusNet, as well as SGCC’s purchase of 60 percent of SPI Australia’s energy infrastructure.

“These transactions demonstrate the impact and value of Deloitte’s multidisciplinary model, our cross-border reach, and our knowledge of the energy and resources industry,” says Eric Leung, Southern Region Functional Leader of Financial Advisory Services, Deloitte China. “We not only are well positioned to meet the complex needs of large organizations such as State Grid, but we also have a solid track record of helping Chinese companies achieve the foreign expansion they desire.”

The US$2.81 billion acquisition of CDP Reti was, at the time, the largest ever made by Chinese investors in a nonlisted European company. It also was the largest single overseas investment made by SGCC and the largest investment made in Italy by a Chinese enterprise. The acquisitions of the Australian power companies combined to be the largest-ever outbound investment in China's power and infrastructure sector.

Accounting Advisory, Tax, Financial Advisory, Consulting, and Enterprise Risk Management professionals from Deloitte China received assists from member firms in Australia, Italy, and the UK during the engagements. “When you can reach out to people who know the laws and customs in other countries, and are familiar with the companies involved in the transactions, it makes the process infinitely more manageable,” Leung explains.

In addition to serving SGCC on landmark cross-border acquisitions that are transforming the profile of the global electricity transmission and distribution industry, Deloitte China was selected by State Grid Xinyuan Company Ltd. (SGXY), a wholly owned subsidiary of SGCC, to provide Accounting Advisory services this past year in preparation for its implementation of a new financial standard.

“When you demonstrate to clients that you can be counted on, they will consider you for their other business challenges. That gives Deloitte an advantage because the Deloitte network is composed of world-class businesses that work well together,” Leung says. “Meeting multiple service needs is how we build long-term trust and long-term relationships, which are especially valuable with large, market-leading clients.” 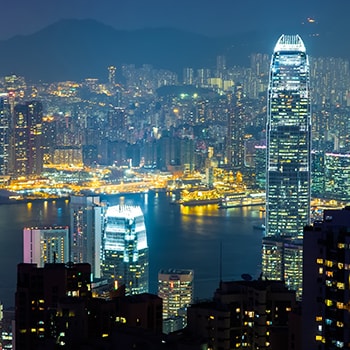