Deloitte Global predicts that by end-2016 more than 80 of the world’s 100 largest enterprise software companies by revenues will have integrated cognitive technologies into their products, a 25 percent increase on the prior year. By 2020, we expect the number will rise to about 95 of the top 100.

What do we mean by cognitive technologies and artificial intelligence (AI)? We distinguish between the overall field of AI and the specific technologies that emanate from the field. The popular press portrays AI as the advent of computers as smart as—or smarter than—humans. The individual technologies, by contrast, are getting steadily better at performing specific tasks that were formerly only deliverable by humans.

Many top software companies have already discovered the potential for cognitive technologies to improve the core functionality of their products, generate new and valuable insights for customers, and improve business operations through automation. These benefits are simply too compelling for software companies to ignore.

Some business software companies have developed AI capabilities in-house, but many others are acquiring capabilities through M&A, and we expect this to continue in 2016. Strong support from venture capital investors is also helping to further commercialize this market. Since 2011, US-based start-ups that develop or apply cognitive technologies to enterprise applications have raised nearly $2.5 billion, suggesting that the biggest near-term opportunity for cognitive technologies is in using them to enhance business practices.

1 For a complete list of references and footnotes, please download the full PDF version of the TMT Predictions 2016 report.

We expect that the cognitive technologies that will be the most important in the enterprise software market in 2016 will be: machine learning, natural language processing and speech recognition.

What do we mean by cognitive technologies and artificial intelligence (AI)? We distinguish between the field of AI and the technologies that emanate from the field. The popular press portrays AI as the advent of computers as smart as—or smarter than—humans. The individual technologies, by contrast, are getting steadily better at performing specific tasks that were formerly only deliverable by humans. Figure 1 identifies the leading cognitive technologies that business and public sector leaders are likely to benefit from in 2016. 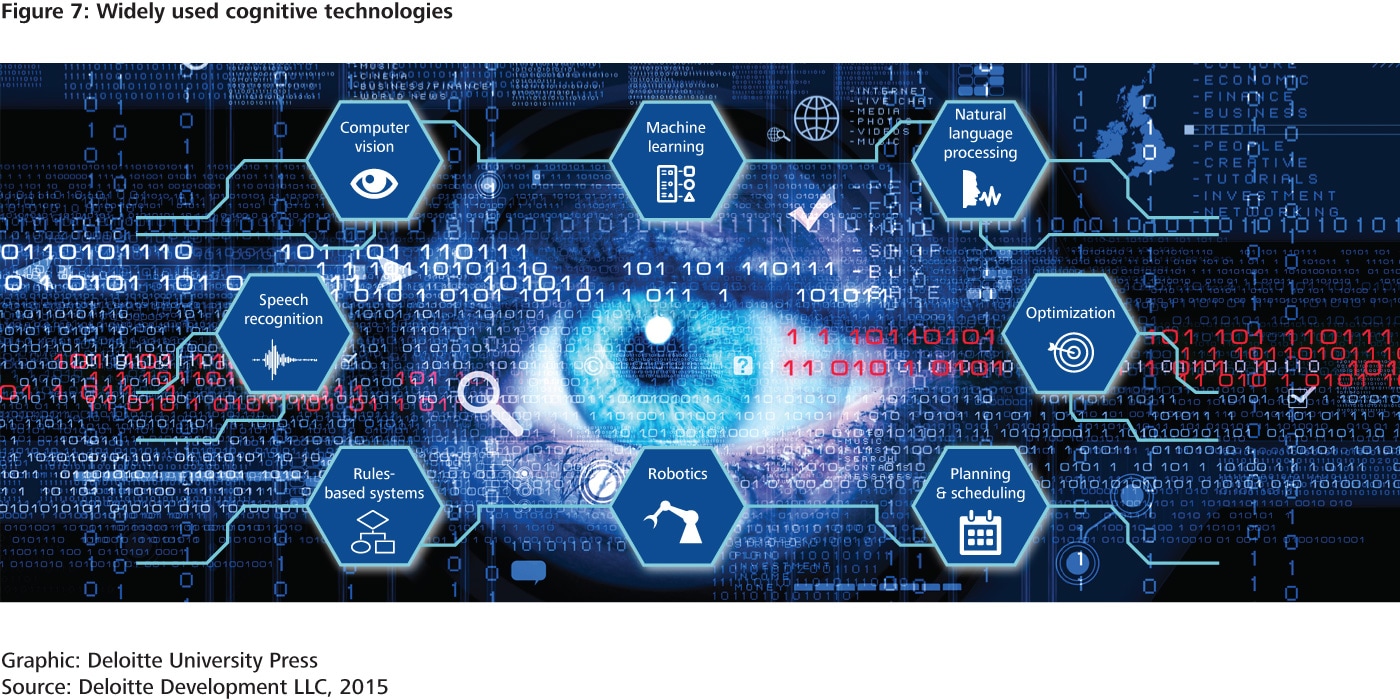 Figure 1. The field of artificial intelligence has produced a number of cognitive technologies

Deloitte Global expects cognitive technologies will be deployed to differing extents by enterprise software companies, but we want to take the time to define what are likely to be the three most widely used in the near-term :

Machine learning – the ability of computer systems to improve their performance by exposure to data but without the need to follow explicitly-programmed instructions — is likely to be the most prevalent. It enhances a large array of applications, from classification to prediction, from anomaly detection to personalization.

Natural language processing (NLP) – whereby computers can process text in the same way as humans, for example extracting meaning from text or even generating text that is readable, stylistically natural, and grammatically correct – has multiple valuable applications when incorporated in software that analyses unstructured text.

Speech recognition – the ability to automatically and accurately transcribe human speech, is useful for applications that may benefit from hands-free modes of operation.

Deloitte Global expects the three main benefits for software companies that have integrated cognitive technologies into their products will be:

Generating new insights. Machine learning and other advanced analytical technologies will likely make it possible to uncover previously inaccessible insights that were hidden in large data sets or obscured by the unstructured format of the data. One US database company’s cloud service leverages NLP technology to determine and assign an ‘emotional’ rating to customer survey responses that fit a customer sentiment category, which helps companies take immediate action.

Some business software companies have developed AI capabilities in-house, but many others are acquiring capability through M&A, and we expect this to continue in 2016. Indeed more than 100 mergers and acquisitions involving cognitive technology companies have taken place since 2012.

Venture capital (VC) firms are active in this space too. Since 2011, most VC funding of start-ups developing or applying cognitive technologies has benefited companies building applications for traditional enterprise functions such as marketing and sales. US-based start-ups like these have raised nearly $2.5 billion since 2011, suggesting that the biggest near-term opportunity for cognitive technologies is in using them to enhance current business practices. For instance, a company called Convirza raised $25 million to develop and commercialize a call marketing optimization platform that uses speech recognition technology and sophisticated algorithms to gauge lead quality, measure customer conversions, analyze phone performance, and take action with workflow-based marketing automation.

Another target for venture investors is vertical specific software vendors. Such companies have received over $2 billion from venture investors since 2011. One example is Wellframe, which received $1.5 million in seed funding for its mobile app that connects healthcare providers and patients once they return home from the hospital, creating a daily to-do list for the patients with items such as medication reminders and questionnaires about symptoms. Wellframe’s machine learning engine tailors the app’s content based on answers and care regimens prescribed by the patient’s healthcare provider.

The growth in enterprise software use of cognitive technologies has been partly driven by the shift toward cloud computing. Only a subset of users of enterprise software would historically have had the scale to deploy the on-premise technologies capable of doing advanced machine learning, for example. But the growth in cloud computing could allow enterprise software vendors to provide the benefits of machine learning to all their clients. Further growth in cognitive technologies is likely to be accelerated by the trend toward open source AI: one of the largest players in the space open-sourced the software engine behind their deep learning tools, and another open-sourced the designs for the servers that run their AI algorithms.

Many top software companies have already discovered the potential for cognitive technologies to enhance their products, create value for customers and improve business operations. Strong support from venture capital investors is helping to further commercialize enterprise applications of cognitive technologies. The potential benefits in terms of ease of use, enhanced performance and improved insights are simply too compelling for software providers to ignore. This is why we expect the trend of embedding cognitive technologies in enterprise software to continue through 2016 and beyond, approaching ubiquity by 2020.

Vendors of enterprise software applications should consider how cognitive technologies can enhance their products. Start-ups may offer models of how to employ these technologies to make products easier to use, automate functions intelligently, and generate greater insight from data.

Corporate IT groups may want to build awareness of and skills in cognitive technologies such as machine learning and natural language processing. They could also begin to assess how to employ cognitive technologies to enhance existing corporate applications to provide greater usability and more valuable insights to users.

Buyers of enterprise software may find it worthwhile to ask their vendors to explain how they plan to take advantage of cognitive technologies to enhance their products’ performance and utility.

Software companies should also consider applying cognitive technologies to their internal business operations, such as recruitment. One company integrated predictive analytics to forecast which job applicants were likely to have a good cultural fit and be high performing. The same technology could also predict when a target candidate might start seeking out a new job, and make recruiters aware of this.

Another company deployed a virtual support agent, based on NLP, to understand and resolve customer issues. The impact was marked: the average customer support resolution rate rose to 85 percent and the number of call center inquiries and emails fell by 22 percent.

Companies could also use cognitive technologies in managing warehouse operations and employees. If an employee uses a new way to accomplish a job more efficiently, that technique can be analyzed and used later on. For one company this delivered an eight percent increase in warehouse productivity.

Cognitive technologies should be used across the three types of enterprise software markets:

The Enterprise Application Software market focuses on leveraging the power of computers to achieve business, professional or personal goals. One company’s cloud solution features a client-targeting tool that aims to solve the difficulty of marketing to large volumes of anonymous online traffic. It uses machine learning to discover associations between the behavior of a new site visitor and the actions taken by previous visitors who behaved similarly. The goal is to make the site experience more engaging and increase conversions to sales.

The Enterprise Infrastructure Software market provides tools that help companies build, run and manage the performance of IT resources. One company has enhanced its logging tool with machine learning capability that groups related server events together to make it easier for an IT manager to identify developing problems or unusual computing trends that should be addressed on a real-time basis.

Vertical Specific Software is focused on a narrow scope/industry and is typically a stand-alone software application. In partnership with a major cancer institution, a technology company has developed a standalone oncology offering. Accessible by mobile or desktop, the deep machine learning AI is able to analyze the large volume of patient records and identify potential evidence-based treatment options.

The use of cognitive technologies in enterprise software is only part of the overall trend toward increases use of AI in the larger enterprise market. One 2015 study forecasts the sales of enterprise AI will be a cumulative $43.5 billion between 2015 and 2024.