Ireland Inc. and Foreign Direct Investment has been saved

Ireland Inc. and Foreign Direct Investment has been removed

We are just shy of one year since Ireland signed up to the OECD global tax reform agreement. The result of the OECD Pillar 2 proposals is that, once implemented, the minimum effective rate of corporation tax for companies that are part of groups with revenues of €750m and above will increase to 15%. As negotiations regarding the implementation of such proposals continue at both an OECD and EU level, it is no surprise that the Minister referenced Ireland’s ongoing engagement as part of the international tax reform discussions in his speech. The Minister’s reference to a preference for coordinated, multi-lateral action suggests that Ireland will not take action in advance of an agreed EU Directive. Whilst these developments continue, this demonstrates Ireland’s continued commitment to the international tax reform while also offering certainty for companies into the future.

The Minister also reaffirmed the commitment to the 12.5% rate of corporation tax for relevant businesses and this certainly is welcome.

Given the pace of international tax reform it is vital that other areas of the tax system and economy are adequately served to ensure that Ireland remains a competitive location in which to invest and grow businesses and the Minister acknowledged this in his speech.

With that in mind, the Minister provided for amendments to the payable element of the Research & Development (“R&D”) tax credit, to ensure it aligns with the new international definitions of refundable tax credits and this amendment is welcome. We expect that such amendments will ensure that US multi-nationals (MNCs) will continue to be able to benefit from these credits despite changes to the US foreign tax credit regulations and to ensure that the R&D tax credit regime is neutral from a Pillar 2 perspective.

The Minister also announced an extension of the end date for the Knowledge Development Box (KDB) regime by 4 years. The KDB gives an effective rate of tax of 6.25% for companies engaging in innovation and qualifying R&D activities. Albeit there has been a low uptake of the regime since its introduction, it does encourage the development of the knowledge economy in Ireland. Based on current proposals, the attractiveness of the existing KDB regime will be eroded as a result of the proposed Pillar 2 rules, with no specific carve out in the EU Directive on Pillar Two for patent boxes. Accordingly, we also welcome the announcement that the effective rate of the KDB will increase to 10% that will come into effect from a date to be set by commencement order. The policy document released by the Department of Finance today notes that the commencement of this rate will be determined by reference to international progress on implementation of the Pillar 2 Subject to Tax Rule, with the expectation that this will occur at some point during 2023.

The film corporation tax credit will be extended beyond the current end date of 2024 to the end of 2028. It was acknowledged that this is in recognition of the long production cycle for audio-visual productions.

In Budget 2022, the Minister announced the introduction of a tax credit for the digital gaming sector. The relief will take the form of a refundable corporation tax credit for expenditure incurred on the design, production and testing of games. The relief will be available at a rate of 32% on up to €25m per project and is subject to commencement orders. There was no update today in terms of when this credit may commence.

The Minister did however announce that he has tasked his officials to explore the opportunities for Ireland in the ‘unscripted production sector’ to encourage investment and employment in this sector. We await further details as this develops.

The Minister referenced that in the coming months serious consideration will be given to the options available for Ireland to move towards a territorial corporation tax system.

Finally, we welcome the Minister’s reference to the extension of the Special Assignee Relief Programme to 2025 given that supplementing the talent that Ireland offers with secondees from abroad has been a common model for Foreign Direct Investment (“FDI”).

Who will be affected?

A wide number of companies will be positively impacted by the measures introduced as part of Budget 2023 – from SMEs to large multi-national groups that can claim reliefs such as the R&D tax credit and KDB regime.

When? What to do now?

Similar to last year, there is an element of “watch this space” particularly around the international tax reform measures and how this will impact on our Irish corporation tax code. Critical technical discussions will need to continue over the coming months in line with the framework of the political agreement and we expect further consultation with the Department of Finance on Ireland’s transposition of the rules. Consideration should however continue to be given to the existing transitional arrangements that are currently live for intragroup asset transfers that occur post 30 November 2021.

For the changes announced today however, businesses should consider the impact of same and we also await the additional detail once Finance Bill 2022 is published.

It is no surprise that Budget 2023, being a cost of living budget, is reflective of the challenging atmosphere that we are currently operating in as a result of factors including risks to European energy supplies, capacity constraints and inflationary pressures not seen for decades.

In light of the challenges, the ongoing international tax developments and the potential impact of such developments for Ireland, it is vital that active steps are taken to ensure Ireland will continue to be regarded as an attractive location for FDI, both in terms of tax and non-tax matters. Budget 2023 contains many measures for the improvement of many non-tax FDI competitive factors including housing, education, infrastructure and this is welcome.

In terms of tax matters, the extension of the end date for KDB and changes to the R&D tax credit regime are welcome. However, given the ongoing international proposals, it will be important that we continue to assess such proposals and make the necessary changes required to ensure we remain a competitive location for FDI. For example, reference to consideration of changes to our worldwide system of taxation are welcome and we encourage the Minister and his Department to continue to engage with stakeholders as these developments progress to ensure Ireland remains an attractive location for investment.

to activate fullwidth component . Do not delete! This box/component contains JavaScript that is needed on this page. This message will not be visible when page is activated. 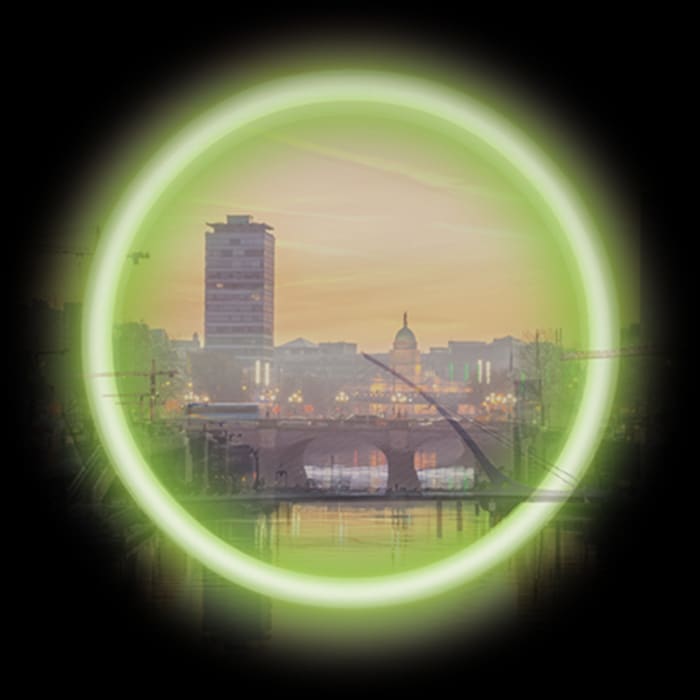 Karen is a partner in the firm’s Corporate & International Tax practice. She has over 25 years’ experience advising a broad range of clients including multinational companies, Irish plcs and large Iri... More

Budget 2023: Predictions and what to expect