Foreign Direct Investment has been saved

Foreign Direct Investment has been removed

From a corporation tax perspective, international tax developments have dominated the Irish tax landscape in recent weeks. While there is no mention of the 15% rate in Finance Bill 2021 (given its introduction has not been finalised at OECD level and is not expected to be until 2023 at the earliest), Ireland continues to demonstrate its commitment to international tax reform, including through the transposition of the remaining provisions of the EU’s Anti-Tax Avoidance Directive.

Hybrid Rules
The changes with regard to anti-hybrid rules are twofold: there are a number of technical amendments to ensure the existing rules operate as intended included some technical amendments and also by introducing the rules in respect of reverse anti-hybrid mismatch arrangements. These rules are intended to address tax mismatches that arise where an entity is a “reverse hybrid entity”. The rules should work to ensure that an Irish entity would be subject to Irish corporation tax on its portion of income that is not otherwise taxed in Ireland or elsewhere, where it was considered tax transparent in Ireland but tax opaque in another territory. These rules apply from 1 January 2022.

Other Amendments in line with International Tax Reform
As well as the changes to the Hybrid Rules and the introduction of the interest limitation rules (see Financial Services section of the Finance Bill site), there are a number of other amendments to how OECD/EU measures operate in Irish legislation:

Digital Games Credit
The digital games credit has also been introduced as part of Finance Bill 2021, as expected. The Scheme will run until 31 December 2025, however, as European State aid approval is required for the credit, its introduction is subject to a commencement order. The relief will take the form of a refundable corporation tax credit at a rate of 32%, which is available on the lower of (i) the sum of eligible expenditure (the portion of the qualifying expenditure that is expended on the development of the digital game in the State or the European Economic Area (EEA)), (ii) 80% of total qualifying expenditure (expenditure incurred by the digital games development company on the design, production and testing of a digital game) or (iii) €25m. There are some exceptions to the rules – including a carve out for games developed primarily for the purposes of advertising and gambling.

Other
Other corporation tax measures introduced in Finance Bill 2021:

Who will be affected:
There are few, if any, surprises included in Finance Bill 2021, beyond what was announced as part of Budget 2022. A wide number of companies will be positively impacted by the measures introduced as part of Finance Bill 2021 – from small start-ups who will benefit from a relief from corporation tax for a longer and extended period, to companies in the Telecommunications, Media and Technology space who will benefit from the gaming tax credit.

When? What to do now?
There is still an element of “watch this space” around some of the global measures, international tax reform, US tax reform and other transitional measures some of which are not expected to take effect until at least 2023, and following significant stakeholder engagement. However, with the information and detail available in Finance Bill 2021 on some domestic measures, companies can start to progress work on the impact of same on their businesses. This is particularly true of the potential impact of the interest limitation ratio - we recommend that, if not already done, an impact assessment in relation to same commences now that detail is available.

The digital games credit is a valuable incentive and while subject to a commencement order, companies can start a feasibility analysis to determine the availability and impact of same.

Companies which may have entities within their group which fall under the remit of the reverse anti-hybrid rules should assess the impact of those rules.
Companies within the remit of DAC7 should ensure that they have access to the appropriate information in a timely manner to comply with the reporting requirements of DAC7. The introduction from 1 January 2023 with first reporting in 2024 gives these companies time to prepare.

Given the Budget 2022 announcement last week, there are few surprises in Finance Bill 2021. A couple of the key measures have been transposed as the Minister announced last week and as had been expected based on consultation processes and other engagement on measures.

The digital games credit will be a valuable relief for relevant entities. This has an expiry date, of 2025, which should work to stimulate the digital arts sector in the short to medium term. While the introduction of the credit is welcome and should be valuable for the relevant entities involved in the development of digital games, it would have also been a welcome development to see the provisions of the R&D tax credit regime somewhat modernised, given this is a valuable relief used by a large number of companies. This would have further demonstrated the Government’s commitment to keeping Ireland competitive, particularly given the future rate change.

The technical amendments made in Finance Bill 2021 to the OECD’s approach on the attribution of profits to branches, the CFC regime and the Anti-Hybrid Rules, as well as the transposition of the reverse anti-hybrid rules and the transposition of DAC7 into Irish legislation, further demonstrates Ireland’s ongoing commitment to international tax reform, while also ensuring that Ireland remains competitive. 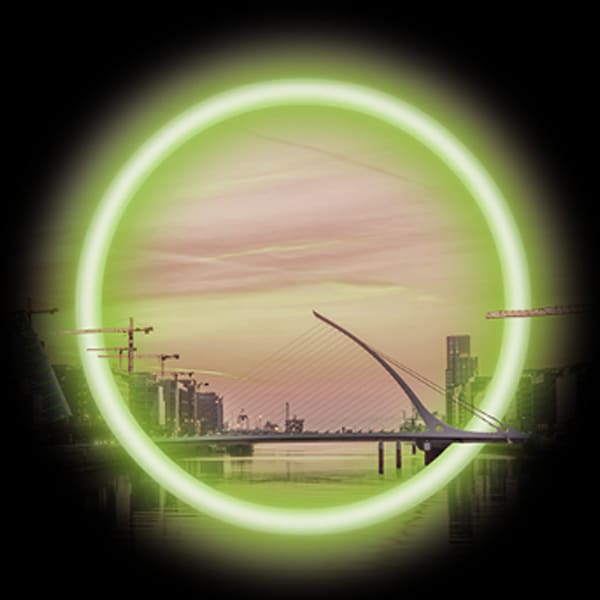 Karen is a partner in the firm’s Tax practice and a member of the firm’s international tax group. She has over 17 years’ experience advising multinational groups investing in Ireland and Irish-based g... More