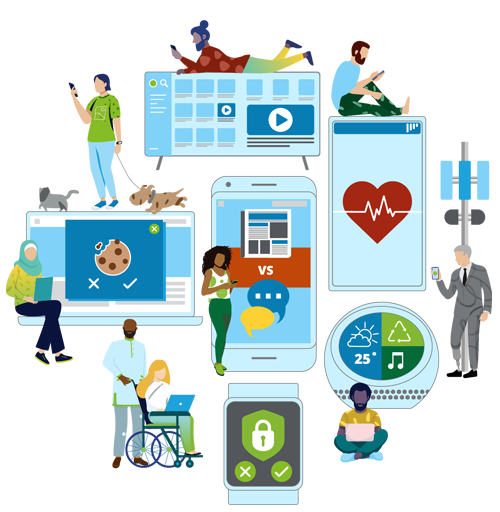 Are we all connected?

Our world surrounds us with connected devices and the number of devices that are now connected are increasing. 87% of all respondents have access to at least one connected device/appliance in their homes. Apart from the smartphone, with 94% penetration (Figure 1), the Smart TV has seen significant growth over the last number of years with 61% (Figure 3) having a Smart TV in 2021, compared to 49% in 2019. Wearables, and in particular smart watches have also seen a significant increase with 24% of respondents having access to a smart watch, up from 16% in 2020 (Figure 1).

Figure 1. Smartwatches saw the greatest increase this year and the level up from 16% to 24%.

Figure 2. At 94% in the current year smartphone penetration has risen sharply, reversing the decreases in the prior two years. The biggest increase is in males and in the 64 - 75 age group.

Figure 3. Connected devices – Smart TV are the most popular, with voice-assisted speakers continuing to show the largest increase. Games consoles showed a marked increase, most likely linked to the console releases towards the end of 2020.

Figure 4. The most common reason for cancelling a service is lack of use, with 29% of those who cancelled a subscription in the P12M mentioning this.

Figure 5. Smartphones are used daily by 94% (2019: 93%) of respondents. There is significant variation in daily usage rates between all types of devices. Daily usage of laptops has decreased from 76% to 65%. 50% of respondents use wireless headphones / earbuds on a daily basis.

Figure 7. There is only a small difference in the number of times per day Irish male and female respondents look at their phones. What we do see is significant differences between the age groups. In all cases except female and the 55 – 64 and 65 – 75 this has fallen since the prior year. With the largest decrease in the 18 – 24 category which fell from 30% to 21% looking at their phone more than 101 times a day.

On a daily basis across all devices, 79% of those surveyed watched video-based content, 76% were using social media platforms, with 53% reading the news and 30% for gaming.

Figure 11. Smartphone usage: Reading the news, using social network sites and instant messaging are the main reasons we use our devices, with the smartphone the preferred device.

The phone remains our preferred device for checking bank balances and online searches and is very close to being the preferred device for online shopping at 35% (Figure 12). The pandemic has changed what we do on our phones, 33% of respondents are shopping (excluding grocery) more online, 28% banking online and one in five having medical appointments over the phone (Figure 13).

In last year’s survey the phone was the most popular device for gaming, however in the current year the game console has overtaken the phone across most age groups.

Figure 12. The biggest change has been in the gaming sector where gaming consoles have taken over, in the prior year smartphones were the preferred device across all age group, except 18 - 24. This may be impacted by significant console releases by Microsoft and Sony late in 2020. When it comes to living room entertainment, the TV reigns supreme for watching TV and films.

Figure 15. Rise of the silver streamer: Access to VOD services among 65–75-year-olds has grown significantly in the past year (up +14 pp).

Figure 16. Access to SVOD services continued to grow in the last 12 months, with Netflix being the market leader.

Figure 17. Access to SVOD services continued to grow in the last 12 months, with Netflix being the market leader.

With 16% cancelling a subscription in the prior 12 months, keeping customers engaged with the service, primarily through content, is critical for continuing growth. This is broadly similar to the UK market at 15%, however the US market, which is more mature, 37% cancelled in the prior 12 months. The top two reasons for cancelling a service relate to usage (29%) and content (21%). Users cancel their subscriptions quickly, with 2 in 5 cancelling within one week of making the decision to do so. 11% of respondents however re-subscribed to a streaming service which they had previously cancelled.

Figure 18. 1 in 5 SVOD churners cancelled their subscription within one day of considering cancellation; 2 in 5 within one week and overall, 2 in 3 did it within one month.

Interestingly Advertising VOD (“AVOD”) may become more appealing to consumers. When respondents were offered a reduced to half the price or no subscription fee but would have to watch ads ranging from 5 to 10 minutes duration per hour, 24% of consumers would prefer to pay the full subscription to avoid watching ads, this is down significantly on last year (- 9pp). With 40% happy to watch some ads if they can get a reduced/no-cost subscription.

Figure 19. 40% of respondents would be interested in AVOD services, with advertising covering all or half the subscription cost.

76% of respondents use social media and instant messaging apps on a daily basis across all devices however 42% of respondents did stop using 1 or more social media platforms temporarily or permanently in the last year (Figure 20). With the top 3 reasons stated being: bored with content (41%), too much fake news (30%) and the content being too negative (30%) (Figure 21).

Figure 21. Boredom with content, too much fake news and overly negative content were the top three reasons for quitting a social media platform.

How to combat “fake news”, which is not limited to social media content, has been identified as an issue for 85% of our respondents, with 57% of respondents struggling to distinguish between real and fake news, furthermore 55% of respondents disagree with the statement: “information on social media platforms is usually trustworthy”, however there are still 43% who neither agree or disagree or agree with this statement. More concerning is that younger respondents are more likely to trust info on social media platforms –28% of those aged 18-24 believe so compared to only 11% of those aged 65-75.

Figure 22. 85% of respondents agree that ‘fake news’ is a big problem today. 57% struggle to distinguish between real and fake news. 55% of respondents disagree with the statement: “information on social media platforms is usually trustworthy” 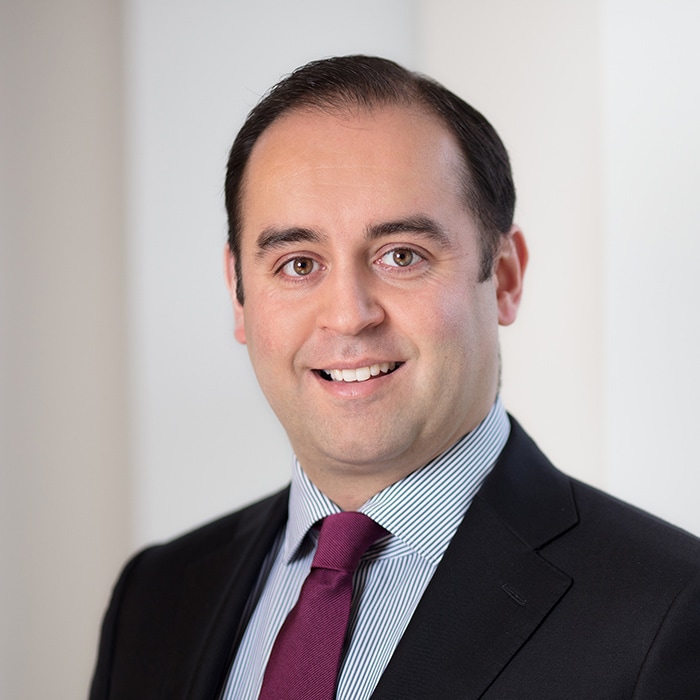 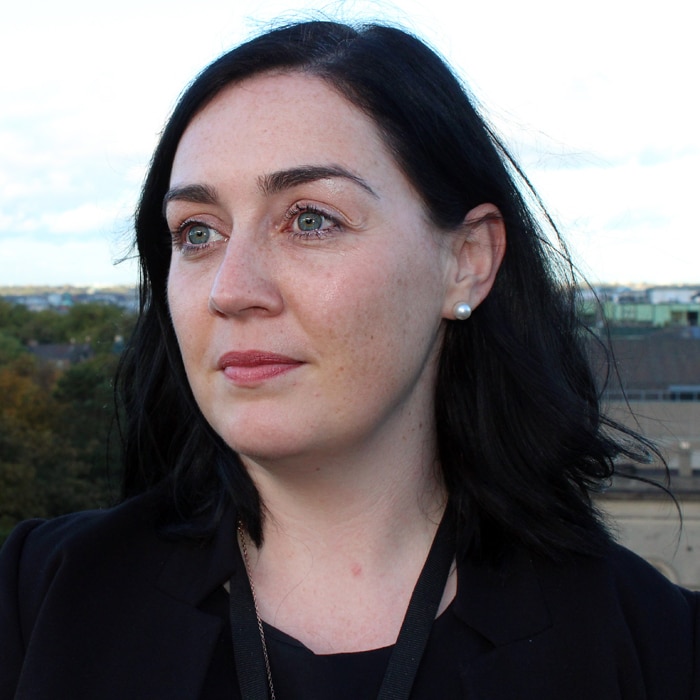