In mature markets, only 36 percent of millennials predict they will be financially better off than their parents and 31 percent say they’ll be happier.

Economic, social, and political sentiments: a chasm between the developed and developing world

Throughout our millennials research series, we have regularly gathered opinions on current affairs. Typically, we’ve focused on economic confidence. But, given recent significant events across the world—from conflict and displaced populations in the Middle East to the UK’s Brexit vote and the US presidential election—it seemed timely to gather millennials’ views on a broader range of issues. As regards economic confidence itself, those in mature markets are less optimistic than a year ago with barely one in three (34 percent) now expecting economic conditions to improve. By contrast, those in emerging markets are significantly more positive than in 2016 and, in fact, confidence levels are the highest recorded in this series.

Economic confidence is interesting in itself. However, when linked to data on “social” optimism and whether millennials expect to be financially and emotionally better-off than their parents, we obtain a more rounded picture of their outlooks. Overall, only 36 percent of millennials expect the social/political situations in their countries to improve during the next 12 months. A minority (48 percent) in emerging markets foresee improvements while the proportion in mature economies is half that figure (25 percent). This lack of optimism regarding “social progress” is most evident in the following markets: South Korea, Mexico, Belgium, France, Chile, Germany, Japan, UK, Australia, and Italy. Meanwhile, greater optimism is seen in the Philippines, Peru, Brazil, India, Indonesia, Turkey, Argentina, and Canada. 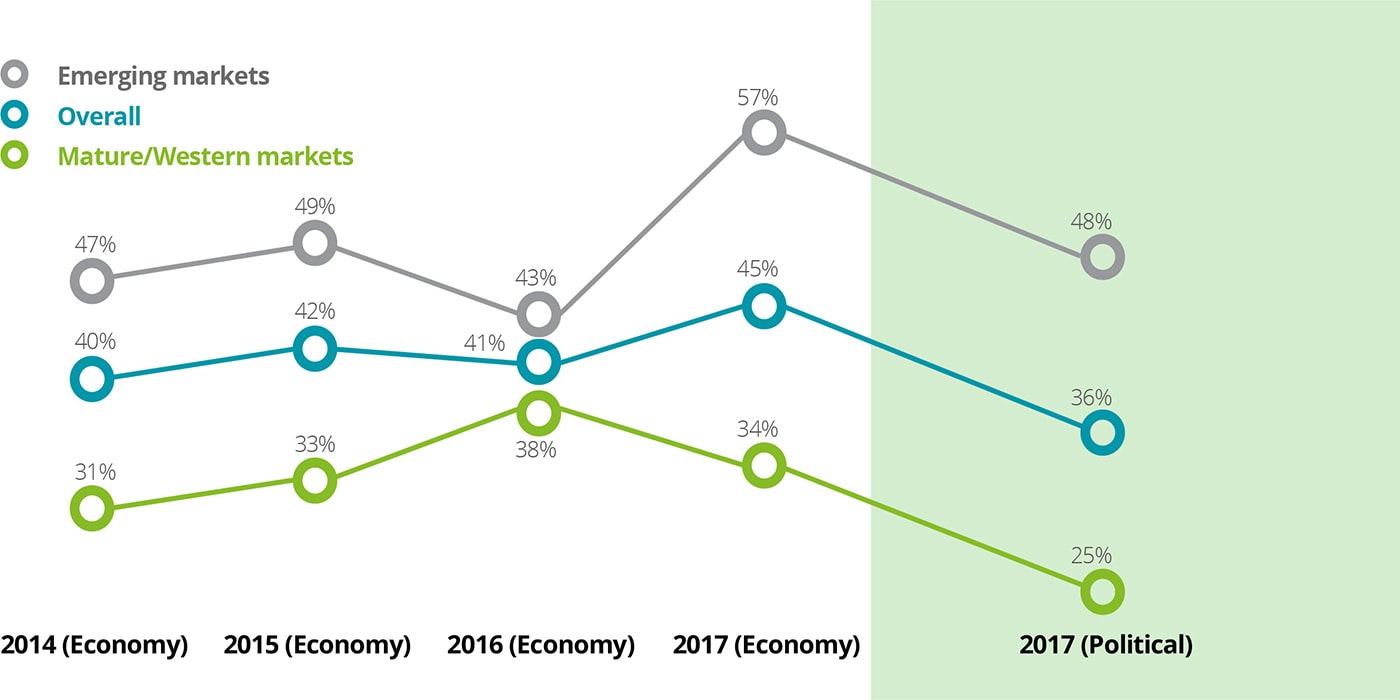 Figure 2: “Percent that expects the overall economic, social or political situation in their countries to improve (next 12 months).” Click on image to view an enlarged version.

There is a general lack of optimism within mature markets regarding economic and social progress. Emerging markets are more optimistic on the former but, with a few exceptions, seem less convinced that social or political progress is being made. How do millennials think the current situation compares to that faced by their parents’ generation? The answer, by and large, very much depends on where one lives. Millennials in emerging markets generally expect to be both materially and “emotionally” better off than their parents. This is in stark contrast to mature markets, where many millennials feel theirs is the generation where things very much stopped getting better. In fact, the US is the only mature market where a majority of millennials expect to be better off than their parents. Indeed, the balance of millennials in France, Japan, Belgium, South Korea, Italy, and Switzerland quite clearly expect to be worse off.

As regards emotional well-being, when asked to think about the world in general and how they feel about the future, in only 11 of the 30 countries covered does a majority expect to be “happier” than their parents. The perception that the previous generation enjoyed generally happier times is held most strongly within Japan, South Korea, and countries in mainland Europe (including France and Germany). Millennials in India, Colombia, China, Peru, the Philippines, and Indonesia are most convinced that they will be happier than their parents. In terms of overall confidence about the future, we observe general anxiety in mature markets and a more positive outlook in emerging markets. In very few markets, meanwhile, are millennials overly optimistic that social progress is being made.

So, what might lie behind these sentiments? The answer lies, to some extent, in the things millennials say are of greatest concern to them. In mature markets (especially northern Europe), terrorism is a particular concern. Collectively, the broad spectrum of issues surrounding conflict and political tension is cited as a concern by almost six in 10 (56 percent) survey respondents. Taken together, these “conflict” issues are the main concerns in mature markets and also a worry to many in emerging markets (42 percent)— although, within the latter, both crime/corruption (58 percent) and hunger/health care/inequality (50 percent) rank above them.

As a specific issue, unemployment continues to worry many millennials; with a quarter (25 percent) concerned, it ranks third of 18 items measured. Having lived through the “economic meltdown” that began in 2008, and with high levels of youth unemployment continuing to be a feature of many economies, it is natural that millennials will continue to be concerned about the job market. However, to put the survey results in context, in 19 of the 30 countries covered by the survey, terrorism is a bigger concern than unemployment. Of the 11 countries where unemployment is a bigger concern, only one, Spain, is a mature western market.

It is of note that environment/climate change lies toward the bottom of millennials’ personal concerns. That’s somewhat surprising, given that when we asked about the world’s greatest challenges in 2014, climate change and resource scarcity, taken together, topped the list. Also looking back to 2014, we see that “only” 15 percent identified terrorism as among the world’s biggest challenges, whereas now the proportion personally concerned is double that figure (29 percent).

To summarize, millennials, especially those in mature European economies, have serious concerns about the directions in which their countries are going. They are particularly concerned about uncertainty arising from conflict, as well as other issues that include crime, corruption, and unemployment. But, the millennials covered by the survey are not mere observers; increasingly and collectively, they have the potential to change the world around them. This is especially true within the workplace—once again, business has the potential to be a force for positive change that shines through as a core belief of the millennial generation. 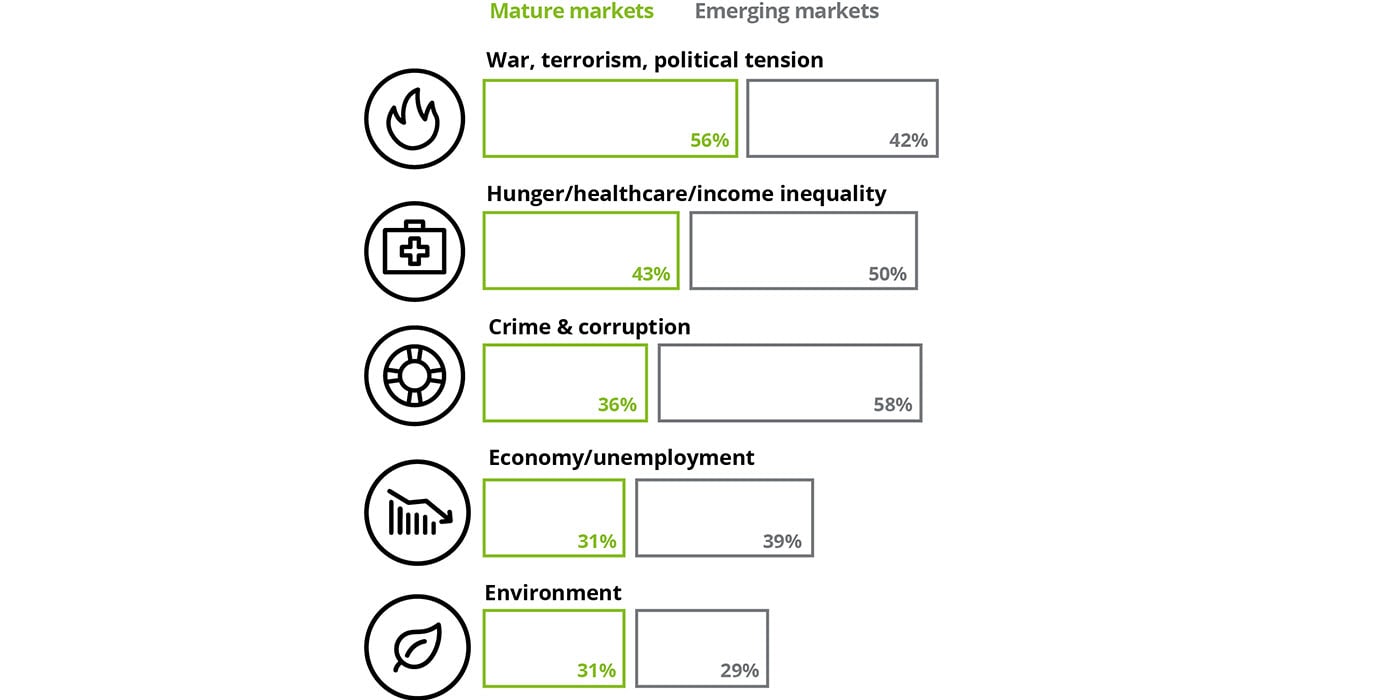 Figure 3: “Percent of millennials personally concerned about these issues and challenges.” Click on the image to view an enlarged version.

Apprehensive millennials: seeking stability and opportunities in an uncertain world