A bird’s eye view has been saved

A bird’s eye view has been removed

The landscape and criticality of environmental impact reporting is changing, and yet the same methodologies and data collection techniques are repeatedly used. This is leading to a perceived lack of confidence in some of the figures, as well as reduced confidence in the overall impact of large-scale environmental programs, and the effect will not be felt for decades to come.

Data gathered from space-borne sensors has long been used to calculate the degradation of natural landscapes, such as the deforestation of the Amazon Rainforest; but now powerful machine learning techniques combined with data gathered from space-borne sensors are forging a path to more robust and resilient data collection and interpretation for monitoring positive interventions. The environmental impacts of climate change cannot be ignored. While it is tempting to think that the region is already well adapted to existing in extreme temperatures, the reality is that for Gulf states the impact will manifest as rising sea levels and increased levels of desertification, which is also driven by other anthropomorphic factors like increased urbanization.

One of the weapons in the arsenal to combat these changes is the planting of trees and mangroves across the region, enshrined in programs such as the Saudi Green Initiative, which aims to plant 10 billion trees and rehabilitate 40 million hectares of land over the coming decades. These initiatives will not only help efforts to move towards carbon neutrality, but will also work to stop the encroachment of deserts on otherwise habitable and potentially productive land.

The criticality of these programs to succeed is not disputed; however, as with any ongoing project, progress must be monitored and reported in order to provide internal oversight and timely intervention if needed, as well as provide external confidence and continued support. Reporting mechanisms for landscape modification on such scales is not yet well defined.

By the end of 2020, even with 92% of Standard and Poor's (S&P) companies reporting environmental, social, and governance (ESG) metrics, according to a BlackRock survey, 53% of global respondents said the quality or availability of ESG data and analytics was poor.

Measuring the success of a program such as the Saudi Green Initiative is fraught with pitfalls. Often, the number of trees planted, or amount of land rehabilitated, is difficult to quantify and methodologies for doing so either involve self-reporting or taking in-situ measurements.

Both of these methodologies have their own drawbacks. In-situ measurements can be very labor intensive and time consuming (especially when considering the kind of land areas involved in Saudi) and self-reports can be difficult to independently verify, an issue when financial incentives are at stake.

Earth observation (EO) data, gathered from aerial or space-borne sensors, is being used to close the gap between statement and reality in environmental reporting.

EO products work by measuring the reflected and emitted electro-magnetic (EM) radiation of a surface at a distance. This is essentially the same way a digital camera captures an image, but the sensors used in EO detect wavelengths of EM radiation beyond our visual range. These values are then expressed as ”bands” and different combinations of these bands can be used to infer characteristics of the earth’s surface or atmosphere. In the digital camera, the sensors capture reflected radiation in the red, green, and blue bands and compile an image from them. When bands are combined from other parts of the EM spectrum, we can detect factors like land cover type, soil conditions, vegetation cover and health, forest fire prevalence and potential, and detecting and monitoring oils spills. 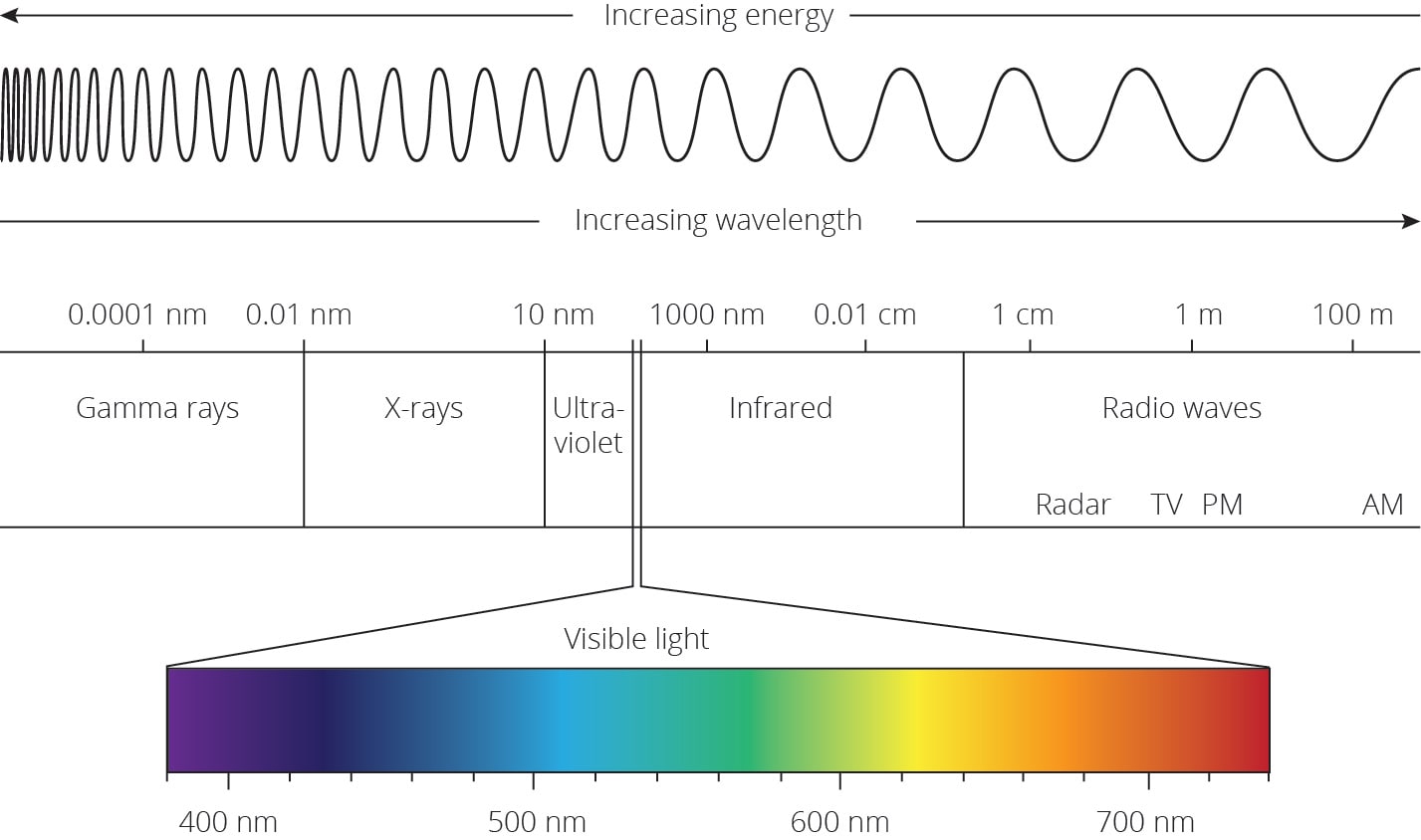 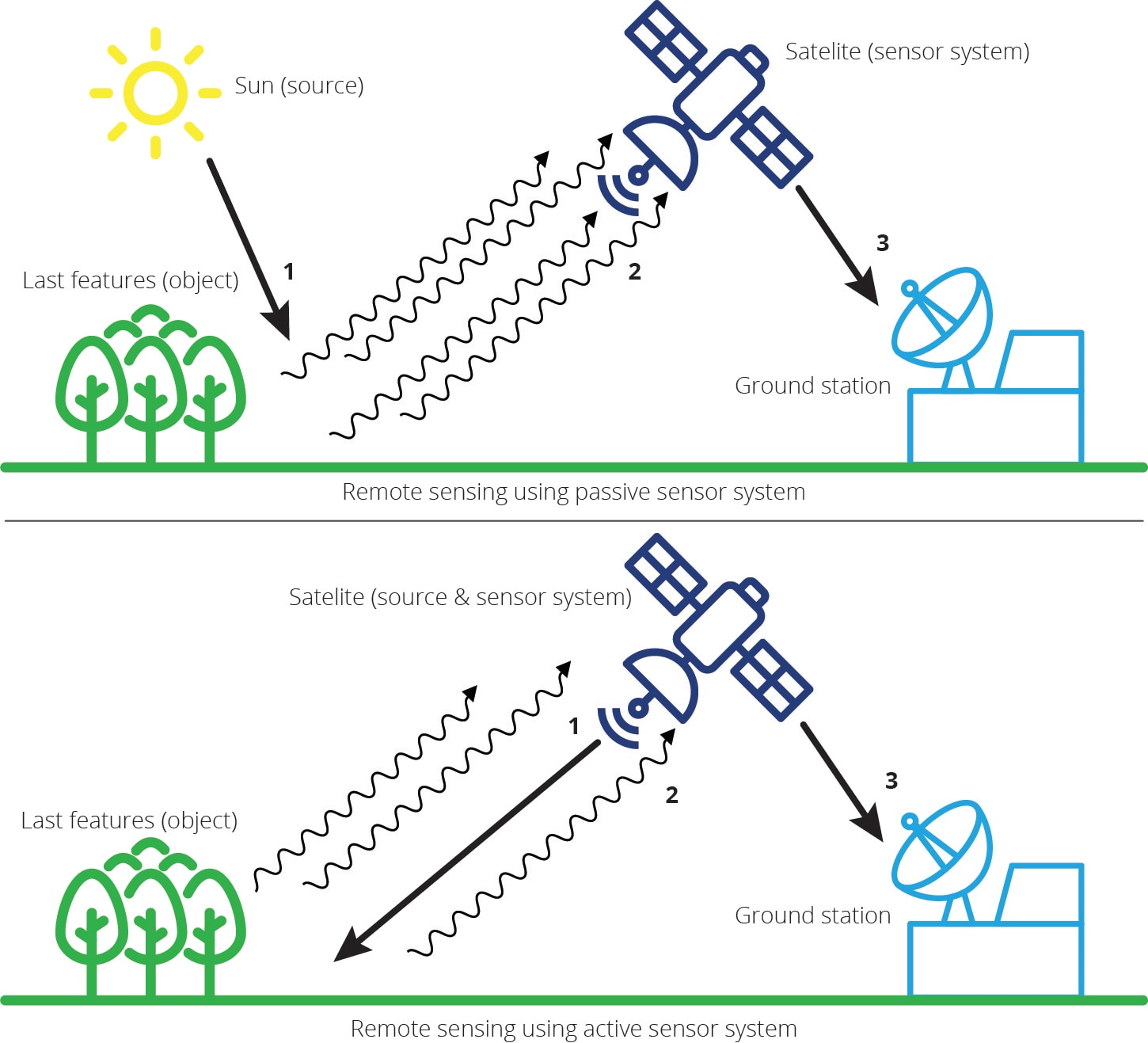 The strategic advantages of using insights derived from EO platforms over traditional monitoring techniques are that they are consistent, repeatable, and independently verifiable.

The advantages are extended when considering the temporal resolution of the collected data. Typically, sensors in orbit have been collecting data for years (in some cases decades) and so historical reporting is possible, along with the ability to produce a “natural state” assessment of the landscape before the presence of an asset or activity.

Not a magic bullet

There are limitations to the application of EO data and analysis to environmental reporting; unfortunately, it is not a magic bullet. For example, to assess the environmental impact over the lifetime of an intervention, data must exist for both before and after the intervention started to occur. The proliferation of orbital sensors has increased dramatically over the last decade or so, meaning for many interventions with more longevity, other datasets would have to be sourced and interpreted to provide the historical overview.

The assessment methodology to determine what exactly is meant by “land rehabilitation” needs to be defined, and appropriate measurements need to be taken. The complexities of defining and measuring ”environmental impact” (land degradation, habitat loss, climate impacts), as well as the availability of supporting data, means that industry and asset specific methodologies will need to be identified, likely including a series of actors to validate definitions and provide data sources.Finally, the correct spatial resolution needs to be collected and used in order to count specific tree numbers. Often, this data can only be provided by airborne sensors, rather than spaceborne ones, meaning that some applications would require specific mission-to-be flows; however, with the cost of drone surveys reducing, and their payload capacity increasing, this is more of a reality today compared to 10 years ago.

Deloitte has a rich history of turning EO data into actionable intelligence. An early warning system has been developed to detect and predict illegal deforestation and logging road construction in eastern rainforests. The system uses change detection analysis to identify changes between data ingested monthly across millions of hectares of rainforest and identify newly constructed logging roads. This data, along with more than 30 other deforestation drivers, are used by a predictive model to create “hot zones” of new activity which linked to a prioritization interface, allows administrators to customize alert types based on user group preference. Finally, the front end allows users to see results and trigger intervention activities.

Earth observation data has a rich history of providing scientific measurement of changes occurring on the earth’s surface and within the atmosphere. As space-borne sensors increase their spatial resolution and airborne sensors become more affordable, and while the need to report on the state of land or health and prevalence of vegetation becomes more commercially motivated, the opportunities to bring earth observation products out of the scientific journals and into the hands of our clients become ever more real.