Waiting (and waiting) for answers

In the six surveys (representing eight countries) reporting in this quarterly round-up, we see that a long and intertwined list of unanswered questions seems to be weighing heavily on the outlooks of CFOs.

How does CFO sentiment in Q2 break down?

The list of unanswered questions hanging over this edition of Global CFO Signals is long and intertwined:

And for the CFOs in the six surveys (representing eight countries) reporting in the second quarter, the wait for answers seems to be weighing heavily on their outlooks.

Take sentiment in North America, for example. There, net optimism declined from last quarter’s +16 to just +9 this quarter—the second-lowest reading in three years—amid continuing concerns over trade and political turmoil. In Japan, worries over trade have kept the outlook solidly negative, although net optimism did rise to -32 from -44 last quarter. And in the United Kingdom, where the survey period coincided with the leadership campaign for the Conservative Party, net optimism fell to -35 (Q1: -24) given the continued uncertainty over Brexit.

Similarly, CFO optimism in Australia remains at a relatively low level over worries about global and domestic economic conditions. Net optimism there now sits at +4 compared with +29 a year ago. “The fall in optimism partly reflects CFOs’ concerns that the US-China trade war is hurting their business prospects,” says David Rumbens, partner, Deloitte Access Economics (Deloitte Australia), adding that 44 percent of CFOs say it has already had an impact. “However, the negative effects of the trade war have been less than originally expected.”

Elsewhere those overhanging questions are affecting decision-making for CFOs. In Belgium, where up until this quarter investment indicators had remained bullish, capital expenditure expectations declined by 10 percentage points and headcount estimates took a larger and more unexpected hit (-31pp). In the United Kingdom, only 4 percent of CFOs say now is a good time to take risk onto the balance sheet. And in North America, about half of CFOs say they are biased toward revenue growth, while 29 percent claim a bias toward cost reduction, the second-highest cost reduction focus in the last four years.

As companies head deeper into the second half of 2019, those questions will be critical to CFOs’ planning processes and investment decisions for 2020, says Greg Dickinson, managing director, Deloitte LLP (US), who leads the North American CFO Signals survey. That is one reason the Q2 2019 survey asked CFOs what type of downturn they could potentially face. The answer? About 80 percent expect any downturn to be mild, and about half of those predict it will be short. “These expectations,” says Dickinson, “may help explain why, even as CFOs’ expectations for revenue, earnings, and hiring growth declined, their expectations for capital spending rose.”

Planning in the United Kingdom, of course, is hampered by the lack of clarity on Brexit. “The weight of economic opinion may have shifted toward low-to-no growth—and not a recession—next year in the event of a no-deal Brexit,” says Debapratim De, senior economist, Deloitte UK. But the uncertainty seems to have “UK CFOs frozen in terms of capital expenditure”—a situation that may have longer-term repercussions for competitive advantage globally.

Other open questions promise to equally frustrate CFOs as they eye 2020. The Chinese economy, for example, slumped to its lowest level in 27 years in July—and that was before the recent escalation in the US-China trade war. Little wonder that among Australian CFOs, net optimism about the impact of China has turned into net pessimism (-25 percent, down from 33 percent this time last year), as more CFOs believe that it is worth preparing for the possibility of a hard landing for China.

Finally, there is still the question of whether the Federal Reserve continues easing interest rates in the wake of the quarter point cut in July—probably something CFOs cannot count on. What they can count on, though, is that even when some of these issues eventually resolve, the answers will be replaced by equally compelling questions. 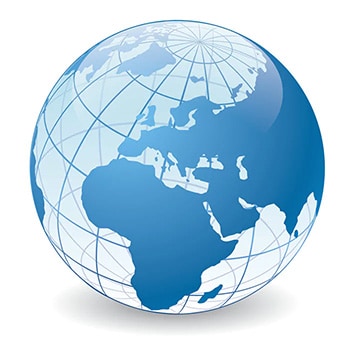 Outlooks continue to inch downward across North America. Regarding their companies’ prospects in the second quarter, 30 percent of CFOs express rising optimism (32 percent last quarter) and 21 percent express declining optimism (16 percent last quarter). That muted optimism, however, is coupled with continued declining assessments of the North American, European, and Chinese economies. In fact, this quarter, just 24 percent of CFOs expect better conditions in North America in a year—well off the 59 percent from Q1 2018 and a new survey low. Moreover, CFOs’ expectations for revenue, earnings, and domestic hiring all declined again and sit at two-year lows.

Caution is also the operative word in the two countries reporting from Asia-Pacific. In Japan, for example, only 10 percent of surveyed CFOs indicate that they are “more optimistic” about their companies’ financial prospects, although that is up from 6 percent last quarter. CFOs’ outlooks there are colored by the US-China trade war and the Chinese economic slowdown, as well as the US-Japan talks on the Trade Agreement on Goods (TAG). Meanwhile, in Australia, negativity about the Chinese, European, and Australian economies have dampened positivity about future prospects (down from a net +73 a year ago to +60 today). Recent rate cuts by the Reserve Bank of Australia (RBA), though, are seen as positive for that country’s economy by 76 percent of respondents.

For the three countries reporting in Europe, outlooks are heavily dependent on local conditions. In the United Kingdom, for example, 83 percent of respondents now view Brexit as leading to a long-term deterioration of the economy. Moreover, 62 percent of them expect hiring to decrease over the next three years due to Brexit—the highest level since 2016. In Belgium, net optimism turned slightly negative this quarter (-2), amid plummeting confidence (-23 percent) in the Belgian government’s ability to set the right priorities for fiscal policies. In Russia, though, despite concerns over stagnation in that economy, net optimism increased and a perceived easing of uncertainty led to a 20 percentage point increase in risk appetite.

Obviously, each region is confronting unanswered questions of its own. And collectively, they are keenly watching for answers to the ones posed here. Through it all, though, it appears CFOs are staying focused on their roles as value creators. “We continue to see CFOs express strong concerns around trade policy and tariffs, as well as heightened concerns over political turmoil,” says Dickinson. “But in the face of external challenges, CFOs say they will be personally focused on profitability, corporate strategy, and growth. Maintaining a steady focus on these priorities will be critical for CFOs as they address ongoing uncertainties.” 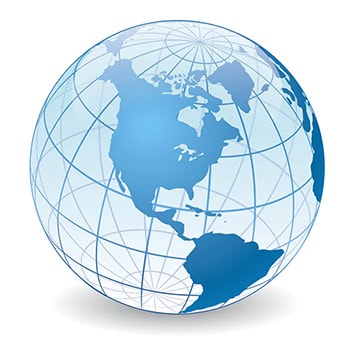 This quarter, risk appetite was indelibly tied to uncertainty. In the United Kingdom, for example, lack of clarity over Brexit is weighing so heavily that just 4 percent of CFOs say now is a good time to take risk onto their balance sheets. Thanks to rising uncertainty, just 28 percent of CFOs in Belgium agree that now is the time to take on risk. Risk appetite in North America may have inched up from 41 percent to 42 percent, but that is in line with the lowest levels seen in the past four years. In Russia, though, risk appetite rose 20 percentage points driven by lower uncertainty around strategic decision-making.

As CFOs wait for several geopolitical scenarios to play out, uncertainty is acting as a drag. In the United Kingdom, for example, 61 percent of manufacturers cited demand uncertainty as a factor limiting capital expenditure in the latest CBI industrial trends survey. Uncertainty has risen consistently in Australia since the end of 2017, and now 71 percent of survey respondents rate the general level as being above normal. Meanwhile, in Japan, 68 percent of CFOs now report high or very high levels of uncertainty compared with 56 percent last quarter.

Metrics were a bit all over the map this quarter. In Russia, companies expect higher growth in revenues, operating profits, and capital expenditures (+4, +9, +9 percentage points, respectively) and slower growth in their operating expenditures (-2 percentage points). In Japan, 40 percent of CFOs expect “large” or “very large” earnings growth, down from 56 percent last quarter. And in North America year-over-year revenue growth expectations fell from 4.8 percent to 3.8 percent, while earnings growth slid from 7.1 percent to 6.1 percent. Capital spending, however, rose substantially from 5.9 percent to 7.7 percent.

Labor markets remain tight, and so, it seems, do CFOs’ hiring expectations. In North America, for example, domestic personnel growth expectations slid from 2.1 percent to 1.9 percent, the lowest level since Q3 2016. In Belgium, headcount estimates took an unexpectedly large hit (falling to 11 percent), yet CFOs remain strongly concerned about labor shortages. Meanwhile, almost half of CFOs in the United Kingdom reported increased difficulties in recruiting staff in the second quarter, the highest proportion since the question has been asked.

This quarter, CFOs report a mix of expansionary and defensive strategies. Cost reduction, for example, is still top priority for UK CFOs, and increasing cash flow remains in second place, despite fewer respondents calling it a strong priority. In North America, CFOs still favor revenue growth over reduction (48 percent versus 29 percent), but that is the second-highest cost reduction focus in the last four years. And in Russia, business development through organic growth emerged as the number one strategy in 2019 (66 percent), while companies are also preparing to launch new products and services (58 percent) and reduce costs (50 percent).

Credit continues to be cheap and available, but CFOs are closely watching monetary policies to see if that might change. In Belgium, for example, 34 percent of CFOs expect a rate increase over the next 12 months, while in the United Kingdom, interest rate expectations have fallen. Only 29 percent of CFOs now expect the Bank of England’s base rate to be higher than the current level of 0.75 percent in a year’s time, compared with 40 percent in the first quarter. Meanwhile in Australia, recent interest rate cuts by the RBA have boosted optimism among 71 percent of CFOs, and economy watchers are anxiously waiting to see how much business investment will actually be stimulated by the cuts.