Three roads to MiFID III has been saved

Three roads to MiFID III has been removed

What lies ahead for the upcoming regulatory review?

Three years on from the enforcement of the Markets in Financial Instruments Directive (MiFID) II and the financial services supervisory authorities are preparing a road to regulatory evolution. This modification is currently set on three main paths:

As is so often the case, a picture is worth a thousand words, so too does Figure 1, The MiFID timeline, which clearly depicts the assumed MiFID changes and when they should take effect.

In this article, we will address these three subjects, examine their contents and potential impacts, and identify which entities may be most critically effected by such proposed changes. 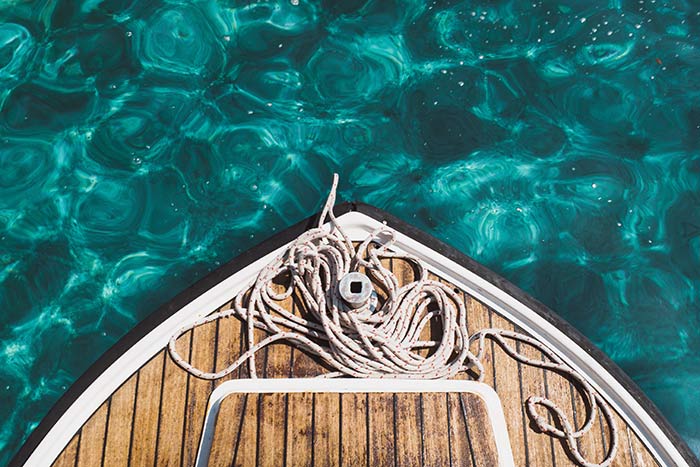 To be as practical as possible, it may be worthwhile not to follow the order of likely application, but instead to focus on the live date of the proposed changes. In this instance, MiFID 2.5 is the most pressing issue to address, as its changes will be live from the end of February 2022. The text proposed under the reference EU/2021/338 should mark an intermediary step between the current MiFID II regime and the future MiFID III. It addresses “low hanging fruits”; issues which many from within the regulatory community have wanted to approach since the end of negotiation back in 2014.

The EU/2021/338 directive contains a few changes that are essentially aligning with market practices and should, overall, make the life of investment firms (IFs) slightly easier.

The core element is that from next year, MiIFID will be allowed to opt for an approach that could be called “digital first, paper second”.

Currently, the legal reference under MiFID is still a “wet signature” on paper; practically speaking most IFs already have recourse to digital communication as a core reference, but it is by derogation to the paper regime where clients have to explicitly accept digital communication. However, from next year, the process will be the reverse. By default, firms will be able to communicate with clients electronically and by derogation rely on paper. For some recalcitrant clients willing to stick to paper, IFs may need to provide additional tools to invite such clients to move to digital. Indeed, for existing clients, a simple information via usual means (e.g. account statement) is sufficient to confirm by tacit consent the agreement to use electronic communication. For new clients, obviously the change is that digital will be the norm, unless they explicitly derogate.

This MiFID review of 2021 also brings in a few practical changes applicable to the category of professional clients to bring it closer to the ECP (eligible counterparty) regime.

This includes simplifying the communication on costs and charges, as well as easing communication through the use of digital technologies.

Another less commented change in this amendment, is the necessity in case of product switching to explain why the change proposal is superior to staying in the current product. This change comes from an old demand raised during the ESMA preparation of MiFID II and is now a reality. This may require technical changes to the delivery process from advisory to client by preparing a new document.

This amendment to MiFID also brings additional changes in the areas of commodity trading. However, these, although important, are generally of a lesser concern in Luxembourg.

The deadline for application of this directive is 28 February 2022.

Contrary to previous amendments, these bring changes via updates to MiFID II delegated acts 2017/565 and 2017/593, which means that the generic obligations of MiFID do not change, but the way they are performed does.

In this case, it is by the inclusion of clients’ sustainability preferences into their profile. This translates into the capture of information, the determination of the level of preference, and then adapting the service and products to these new ESG requirements. There is also the additional requirement to demonstrate via the suitability report how demands are met on an ongoing basis by presenting how the client portfolio converges with the ESG preference level.

At present, although the texts are final, they still must be released in the EU Official Journal to become applicable. Therefore, in terms of timeline, three periods must be factored into:

So taking these times into consideration—and without any issues—the directives would be applicable around Q4 2022.

As the next stages are technical, the likelihood of changes is pretty slim, hence the need to start planning as soon as possible.

Since the changes will affect the profile of clients, training of staff, updates in the product governance, and suitability reporting to clients, plus ensuring the access to products and the needs of their providers, IFs need to act now.

We note that besides this impacting change on the client profile, the entire product governance will also have to be revised to take into consideration the nature of products and their compliance to the EU Commission objectives of carbon neutrality by 2050.

This means that the European PRIIPs Template (EPT) and European MiFID Template (EMT) will change, and with it, the way the information is shared and captured by IFs.

Finally, the MiFID delegated act on article 16 (governance) will also be amended in a direction anticipated by the Commission de Surveillance du Secteur Financier in its 20/759 Circular on central administration so that new products or services are designed in a way that take sustainability into consideration.

For Luxembourg based entities at least, these double-delegated acts are likely to be the most critical ones.

There are many changes to anticipate regarding the evolution of MiFID. Some are regulatory in nature by change to the MiFID directive or regulations, others are changes brought in gradually by adaptations of Q&A, ESMA, and local guidelines (i.e. complaints handling paper from ESMA).

The biggest evolution will be the changes seen between MiFID II and the anticipated MiFID III. There are three areas which should demand our focus: creation of a new investor category, the lost cases under MiFID II negotiations regarding the inclusion of FX spot, and custody within the scope of MiFID.

These would translate into some big changes for a few institutions whom, until now, have been able to elude the scope of this regulation. Finally, there will be some changes in the market structure notably with the forced introduction of consolidated tape providers.

The most likely and major change in term of organization, will be the creation of new investor categories.

In previous articles, we have mentioned this eventuality, but with the rapprochement of the regime of the professional and the eligible counterparties from next year (EU/2021/338), this opens the possibility to introduce a new category of “super retail”. This category will probably have less protection than the current retail, but will gain more opportunities to invest in products so that these investors will support the EU economy by using alternative investment funds (AIFs) or the European long-term investment funds (ELTIFs) which are, up to now, closed to retail investors. Conceptually, a regime as we know it in Luxembourg of the “qualified investor” could be a potential template. The issue is that clients who have been categorized as retail for years, will now need to be reclassified.

The second set of changes may be complex as well to introduce from an operational perspective. Indeed, if FX spot (currently out) and custody become full MiFID services, this will translate into the need to include a full set of new clients under the scope of MiFID.

The clients doing only FX or only custody, will need to receive profiles, reports, and, potentially, be included in product governance. Part of this will be static information, hence once done it is cleared for future changes. However, if by including custody and FX spot this applies to all clients (including retail) there will be a need to include transaction reporting in FX and application of best execution, price transparency, and reporting to authorities in the MiFID reporting. This would present a true technical and operational challenge.

The third pillar to address concerns changes in the market structure with adaptations to trading and commodity trading, notably the “merger” of EMIR and MiFID obligation with compulsory trading of cleared derivatives. At the stage, the EU Commission is willing to push for a consolidated tape, a central and unique place, by asset class at least, where trading prices will converge, in real-time. This may bring some interesting views on the concept of an EU single market if all prices converge to one single place. Additionally, a consolidated tape may also serve as a huge improvement for compliance and reconciliation of prices for trades, but it needs to be entirely developed. In this latter market part, we could on top of this trend, at market price level, anticipate the arrival of a broader consolidation of information at ESMA level about products, service providers to give investors, and, more generally, provide MiFID stakeholders with a consolidated view of the market across member states.

This latter MiFID stream is definitely more the anticipation of changes to be introduced then material ones. Change does not happen quickly. After all, the time line (a first draft release by the EU Commission), now looks set for Q4 or later. Add to this the inter-EU institutions’ discussions will most likely continue for 18 months, and the changes themselves must be followed by a transition period of 18 to 24 months all of which leads to changes actually going live around 2025.

However, anticipation is key—especially when changes to core infrastructures are envisaged.