Managing algorithmic risks has been saved

Managing algorithmic risks has been removed

Safeguarding the use of complex algorithms and machine learning

Increasingly, complex algorithms and machine learning-based systems are being used to achieve business goals, accelerate performance, and create differentiation. But they often operate like black boxes for decision making, and are not controlled appropriately, though they are vulnerable to a variety of risks. Learn to harness the power of complex algorithms while managing the accompanying risks with a robust algorithmic risk management framework.

The algorithmic revolution is here

The rise of advanced data analytics and cognitive technologies has led to an explosion in the use of algorithms across a range of purposes, industries, and business functions. Decisions that have a profound impact on individuals are being influenced by these algorithms—including what information individuals are exposed to, what jobs they’re offered, whether their loan applications are approved, what medical treatment their doctors recommend, and even their treatment in the judicial system.

What’s more, dramatically increasing complexity is fundamentally turning algorithms into inscrutable black boxes of decision making. An aura of objectivity and infallibility may be ascribed to algorithms. But these black boxes are vulnerable to risks, such as accidental or intentional biases, errors, and frauds—raising the question of how to “trust” algorithmic systems.

Embracing this complexity and establishing mechanisms to manage the associated risks will go a long way toward effectively harnessing the power of algorithms. Organizations that adapt a risk-aware mind-set will have an opportunity to use algorithms to lead in the marketplace, better navigate the regulatory environment, and disrupt their industries through innovation. 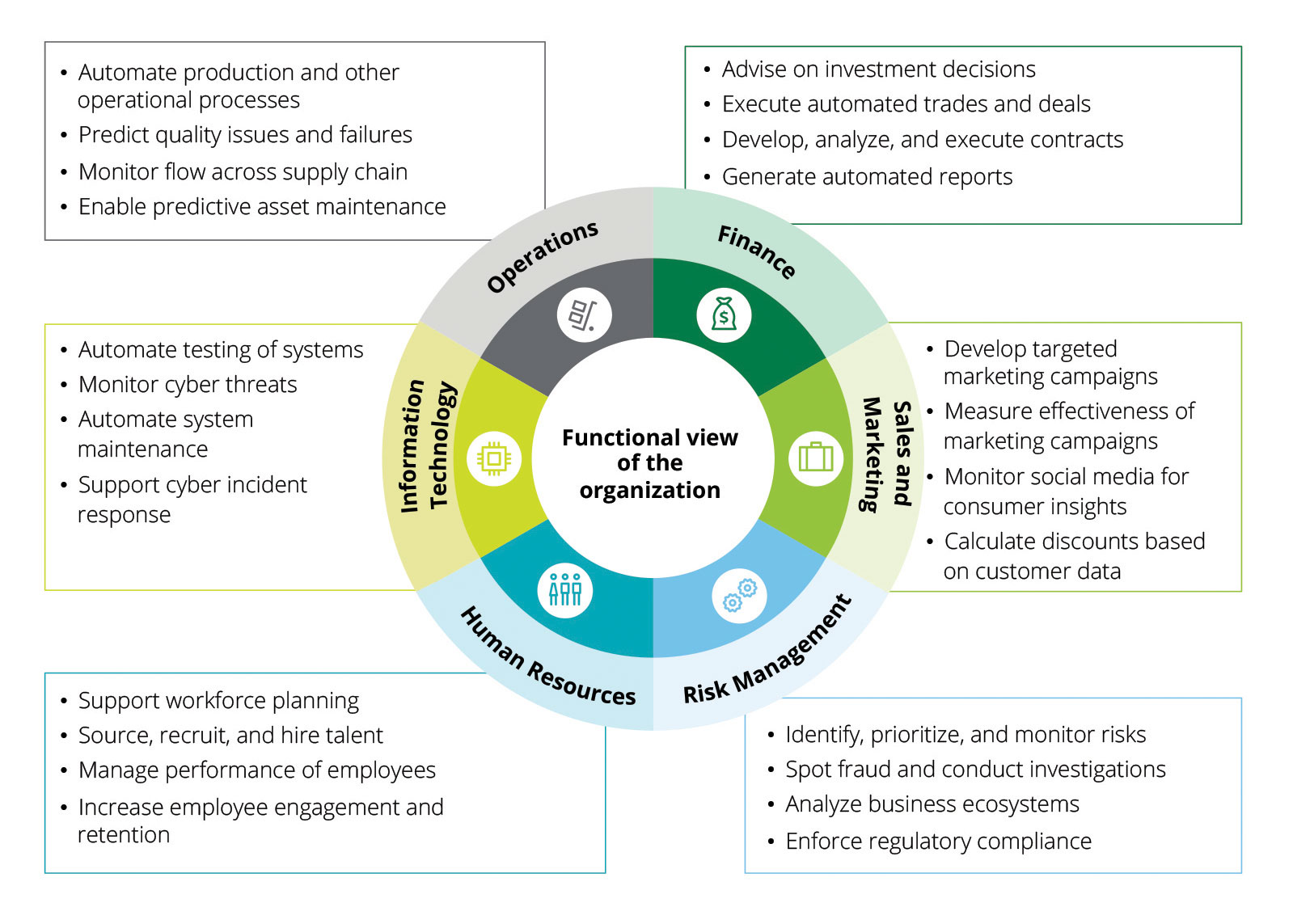 Business spending on cognitive technologies has been growing rapidly. And it’s expected to continue at a five-year compound annual growth rate of 55 percent to nearly $47 billion by 2020, paving the way for even broader use of machine learning-based algorithms. Going forward, these algorithms will be powering many of the IoT-based smart applications across sectors.

But instances of algorithms going wrong or being misused have also increased significantly. Here are just a few:

What are algorithmic risks?

Algorithmic risks arise from the use of data analytics and cognitive technology-based software algorithms in various automated and semi-automated decision-making environments. Three areas in the algorithm life cycle have unique risk vulnerabilities:

The immediate fallouts of algorithmic risks can include inappropriate and potential illegal decisions. And they can affect a range of functions, such as finance, sales and marketing, operations, risk management, information technology, and human resources.

Algorithms operate at faster speeds in fully automated environments, and they become increasingly volatile as algorithms interact with other algorithms or social media platforms. Therefore, algorithmic risks can quickly get out of hand.

Algorithmic risks can also carry broader and long-term implications across a range of risks, including reputation, financial, operational, regulatory, technology, and strategic risks. Given the potential for such long-term negative implications, it’s imperative that algorithmic risks be appropriately and effectively managed.

The growing prominence of algorithmic risks can be attributed to the following factors:

How to manage algorithmic risks

Conventional risk management approaches aren’t designed for managing risks associated with machine learning or algorithm-based decision-making systems. This is due to the complexity, unpredictability, and proprietary nature of algorithms, as well as the lack of standards in this space.

To effectively manage algorithmic risks, there’s a need to modernize traditional risk-management frameworks. Organizations should develop and adopt new approaches that are built on strong foundations of enterprise risk management and aligned with leading practices and regulatory requirements. One approach, along with its specific elements, is shown below. 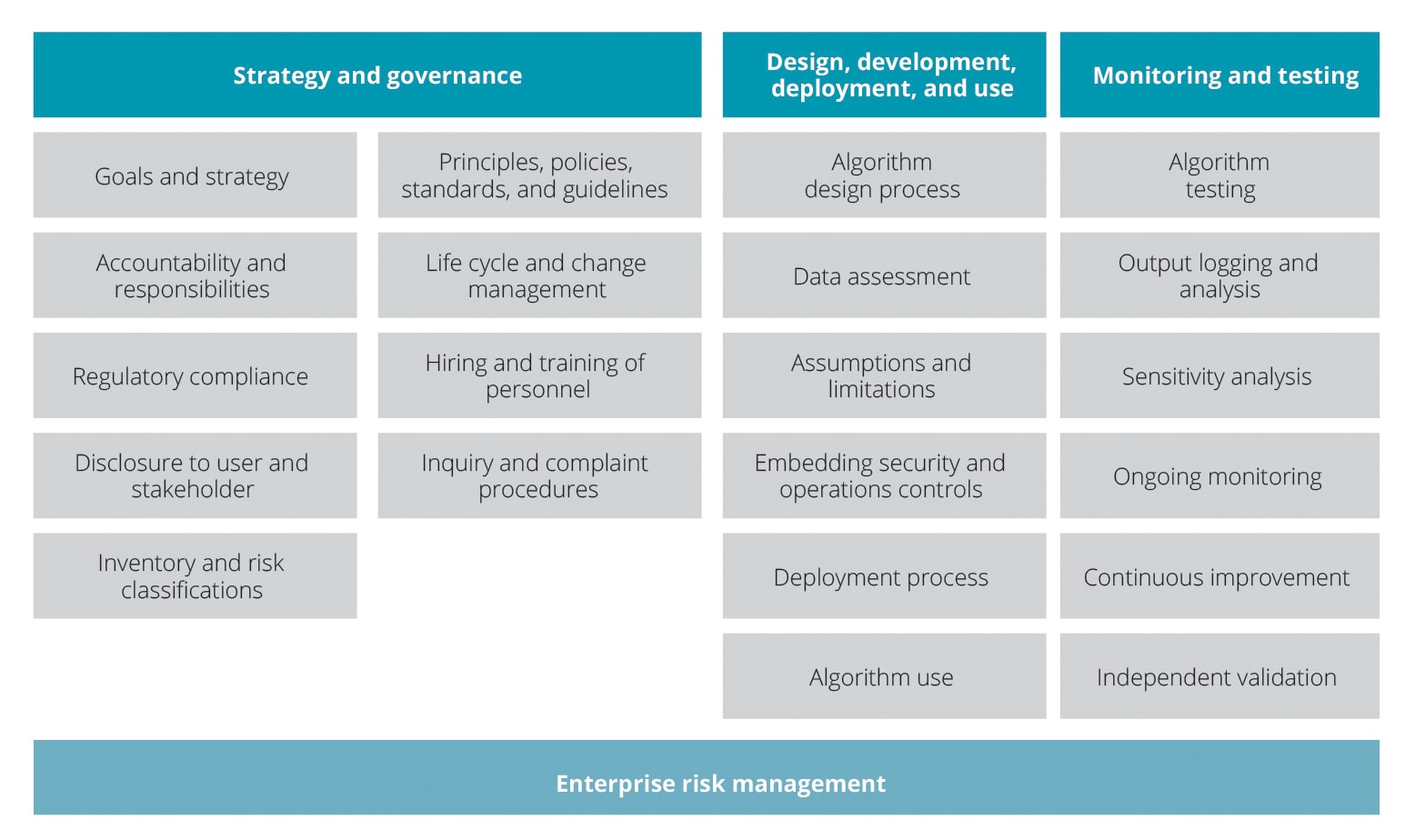 Is your organization ready to manage algorithmic risks?

A good starting point for implementing an algorithmic risk management framework is to ask important questions about the preparedness of your organization to manage algorithmic risks. For example:

Managing algorithmic complexity can be an opportunity to lead, navigate, and disrupt in your industry. Contact us to discuss how the ideas presented in this paper apply to your organization. And how you can begin to open the algorithmic black box and manage the risks hidden within.

To read the full report, download Managing algorithmic risks: Safeguarding the use of complex algorithms and machine learning.

Beside his service responsibilities for many of our clients, Laurent leads the international relations of our Luxembourg firm to sustain our international development from a client, service, talent an... More