Significant transaction activity in the insurance market during this challenging year

Last year, the gross written premium (GWP) in the insurance sector of the region increased further, while the several-year-long decreasing tendency of the life insurance business line reversed. Despite the general uncertainties and the economic downturn due to the pandemic, the insurance transaction market became even more active and competitive by 2020 than it was in 2019. The strategic restructuring of the international groups of the region that has been present for several years has continued. Some are reconsidering their presence in the region and decide to sell their businesses, while major players are growing and acquiring.

Thanks to the lasting economic growth in 2019, after the record-high GWP in 2018, the total GWP of the region further increased by 6.3 percent last year. – according to the Deloitte CEE Insurance M&A Study. A driver of this growth remains the expansion of the non-life business line. However, the several-year-long decreasing trend of the life insurance business line was broken in 2019, and was able to display a modest, 2.1 percent growth on a regional level.

The average insurance premium penetration (the ratio of the GWP to the GDP) practically remained the same in all 15 countries, around the rate of 2.4%. The average annual GWP per capita grew by 6.4% to EUR 348 in 2019.

Recently, several international insurance companies have decided to reconsider their presence in the region, and considered the possibility of an exit, as a result of which in 2020 industry players experienced transactions of a volume unseen for years. These include transactions of the French AXA, as part of which it sold its Polish, Czech and Slovakian ownership interests to Austrian Uniqua for EUR 1 billion, and Dutch Aegon, which sold its Hungarian, Polish, Romanian and Turkish ownership interests to Austrian VIG for EUR 830m in a recently announced transaction. At the same time, other major players are actively promoting their intention to expand and to acquire: these include inter alia Austrian insurance companies VIG and Uniqua, Italian Generali, and the Euroins group with its centre in Bulgaria.

Even though the markets of the individual countries are typically dominated by the top 3-6 insurance companies, there are many minor players sharing the remaining market. The markets still have many players and remain greatly competitive, which may drive further market consolidation, according to the study.

In terms of the number of transactions, in the period covered by the study (2015-November 2020), Poland remains the most active market of the region with 17 transactions, followed by Czechia (14), Hungary (9), Romania (7), and Bulgaria (7).

The most active buyer in the region was still the Austrian VIG Group, with 10 closed transactions and 3 ongoing ones in the past period. Further major buyers included Canadian Fairfax Group, Generali, Euroins, Uniqua, and Allianz.

Insurance transactions continued despite the pandemic, thanks to major international groups reconsidering their regional presence, and major players continuing to strengthen their market presence. A result of this was one of the largest regional insurance transaction, the exit of Aegon from the Hungarian, Polish, Romanian and Turkish markets, acquired amid great competition by VIG for a purchase price of EUR 830 million. Regional insurance market consolidation is expected to further continue in the following years.

Number of deals in the CEE Region 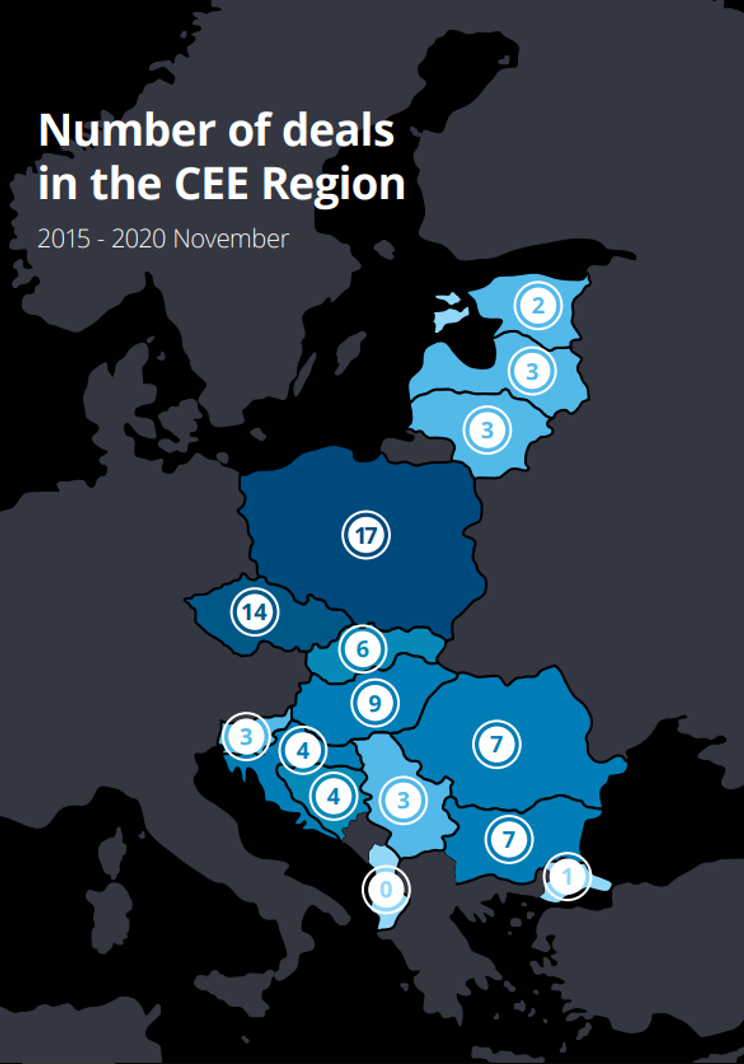 Zsolt is a Partner in Deloitte Central Europe and he is member of the regional financial services team within the Financial Advisory. He has 16 years of experience in corporate finance, valuation, tra... More