The Future of Energy

Now and Beyond the Crisis

The pandemic has had an enormous impact on the energy industry, with the drop in demand causing new phenomenon such as negative oil prices. Will we return to where we were, or is the crisis forcing a change towards a more sustainable future? Energy expert Ramez Naam believes the latter is the case. But will the traditional energy companies be able to transform?

The peak of oil demand has come closer

Is the COVID-19 pandemic changing the future of energy? Ramez Naam, the Co-Chair for Energy and Environment at Singularity University at NASA Ames, believes the crisis is bringing the peak of oil demand closer by several years.

— From a recession standpoint, it could take three or four years before oil demand gets back to pre-crisis levels. In the meantime, batteries will continue to become cheaper, and 2025 may be the point where electric cars have a lower purchase price than conventional cars.

A business case for sustainable transformation

Ramez sees the crisis accelerating the transformation towards renewable energy, also from a business case standpoint.

— One of the things that has kept oil majors from fully engaging in clean energy and mobility has been that the return on investment has not appeared as attractive. But this picture is changing due to potential low oil prices for the coming years.

Several European oil and gas majors like Equinor, BP, Total and Shell have already put money in the renewables market, and this could accelerate their sustainable journey.

Resources and Industrials Lead for Deloitte Nordics, Johannes Wiik, comments: “For the oil and gas companies that have already adopted a ‘zoom-out’ view embracing the inevitable transition to a low carbon economy, this crisis has not altered that long-term view. On the contrary, it only speeds up the industry’s need for change.”

However, for traditional energy companies to change and embrace the new, they first need to overcome the challenge that all large organizations face: The corporate immune system. New ideas and innovations are incompatible with the traditional way of doing things and will be pushed back by people acting as ‘antibodies of change’.

Ramez proposes following the Center for the Edge approach, resisting the temptation of ‘going to war’ with the organizational antibodies of change, and instead innovate at the edge of the organization. In this exclusive Center for the Edge interview, Ramez shares his perspective on how the crisis affects the energy market and industry - as well as society, including:

Listen to the conversation with Ramez Naam

In addition to internal resistance, radical change also meets resistance from investors. Ramez points out that companies will need courage to introduce an innovative long-term strategy to stockholders, using an example from the world of technology:

— People forget that the business model of Netflix was to send you DVDs in the physical mail. When Netflix announced their move to online streaming, their stock price fell in half. It looked like self-cannibalization.

Two years' worth of digital transformation in two months

— A lot of people have now realized that a meeting does not have to be in person.

We see that access to technology is not sufficient to change people’s behavior. People already had the tools, such as Microsoft Teams, but it took a necessity to get people to use them. As Microsoft CEO Satya Nadella, a former colleague of Ramez’ recently said: “We have seen two years' worth of digital transformation in two months.”

The crisis could also raise our aspirations to reduce carbon and particle emissions.

— When you see pictures comparing air pollution in some large cities from a month ago and now, it becomes clear that not only is air pollution real, it is solvable.

We will come out strengthened

Describing himself as a concerned optimist, Ramez points out that we have long a history of overcoming our problems.

— Even though it looks a bit dark now, I am optimistic. When we come out of this, a couple of years down the road, we will see a strengthening of our international institutions. Ramez Naam is a thought leader in energy and innovation, advising several of the world's largest energy and transportation companies. He was one of the first to predict the exponential price drop in solar power in his seminal 2011 Scientific American article “Smaller, Cheaper, Faster”. 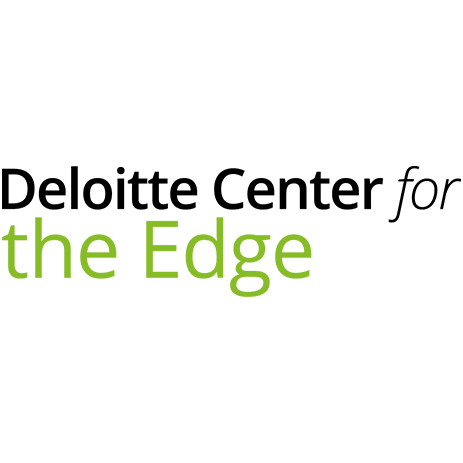 Center for the Edge

Accelerating change increases opportunities to shape outcomes in ways that are not feasible in stable times.

Johannes is the lead partner for Energy & Resources in Deloitte Nordics, and partner in Deloitte’s global offshore oil and gas Centre of Excellence with main focus on production, drilling and wells an... Mer