As the founder of business process management software, Promapp, Ivan Seselj has had a busy year. Last August, Promapp was acquired by software giant Nintex, signalling an exciting new international frontier for a business grown here in New Zealand. For Ivan, this has been a significant achievement, as well as the start of a new phase as he gradually exits the business.

Before all that excitement, he started his career as a Deloitte graduate. We caught up with him to talk about the formative lessons that he learned here at the firm, the success of Promapp and his thoughts on the big acquisition… 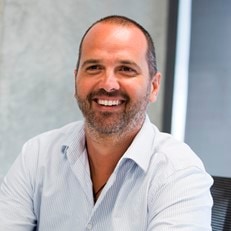 You’ve had quite a career journey since you first started at Deloitte – was that your first career role and how did you find it?

Yes, it was my first role out of university. I really struggled with the shift in paradigm from university to the corporate world. For a long time I felt I needed to act like a corporate citizen rather than being myself, which was a bad sign!

If you could go back, what do you wish you’d known at that age?

I wish I’d listened to my inner voice instead of doing stuff I didn’t really enjoy because I thought I had no other option. In reality, our options are almost endless. If I’d focused on something that really lit my fire, I could have plotted my steps to get there earlier.

Despite finding it tricky, are there any good lessons that you got from your time out of Deloitte?

Heaps! I learned so much from my peers and managers about professionalism, teamwork, planning and work ethic. I also found out how important it was to work together and be structured in your thinking, even in creative pursuits. Those lessons have stood the test of time and they gave me a way of thinking that set up my career.

The success of Promapp has been by far the biggest achievement. I still can’t believe it sometimes! We’ve got offices around the world now, with clients like Slack, Salesforce and Toyota – it’s quite amazing.

There were three big challenges. The first was getting Promapp started, which took quite a while. We didn’t get any seed capital and were learning as we went, so the first ten years were really slow, making us possibly the slowest overnight success of them all! Although I prefer to think the world wasn’t ready for the brilliance of our product and needed time to catch up.

The second was how long it took us to get into the US market. It was difficult to start with, but I also didn’t want to move there when I probably should have. Face time makes a huge difference and we used to have to fly the whole global team to New Zealand once or twice a year just to get that. If you want to crack a market, you've really got to turn up for your team.

Our third challenge was recruiting awesome people – we really agonised over every role. However, it really paid off because we built up a team of really great, talented people.

How does it feel to see the company you’ve founded develop to the stage that it’s at now?

I’m really, really proud. Promapp was acquired by Nintex last year and I’ve just been on the Nintex World Tour where we were getting rave reviews from the clients, partners, and analysts. To hear clever people and global brands talking about something you started in your Mount Eden kitchen… it’s pretty cool!

Why did you start Promapp?

I'd experienced the pain of process mapping myself and I think that’s the best way to start a business, by trying to fix an issue that you yourself have experienced. I was uncomfortable doing it at Deloitte and at my next roles because I just couldn't understand it. Then, as I got better at it, I saw everyone else struggling with it and realised that there was a massive opportunity to build something that could make it easy. I never lost faith in the product and although I questioned my own skills at times, I was completely certain that there was a better way because of my own experiences.

Why did last year feel like the right time for Nintex’s acquisition of Promapp?

The corporate answer is that we were reaching a period where the company was growing really big, having really built a solid growth engine at approximately 45% annual growth for the last five years straight. The acquisition could support and build on that scale.

My more personal answer is that after 16 odd years, I could sense the timing was right. That said, it’s a bit of a personal and emotional struggle when you leave a bunch of people that you really love. This acquisition has been good as it’s allowed me to slowly pull away from the business rather than just cut it off.

With my wife and kids, as much as possible. We like to get away on family missions to places like Rotorua, Taupo or Waiheke. They’re good reminders of the amazing country that we live in.

If you could bring three things with you on a desert island, what would those be?

I’d bring my wife - I just love sharing adventures with my better half and would have more fun if she’s there. Some fishing gear would be good too, because I’d love to see how long I could live off the sea’s bounty. I’m also a movie nerd, so just like in Castaway, I’d need a volleyball called Wilson to while away the hours!