New Zealand’s economy has fallen – but perspective is key

The New Zealand economy has just experienced the largest quarterly fall in recorded history. The release of national accounts data this morning confirms a -12.2% quarter-on-quarter drop for the period from April to June 2020 (Q2 2020). This was of course at the height of the national disruption caused by COVID-19 and represented a very different environment from the one enjoyed by most of the country today. 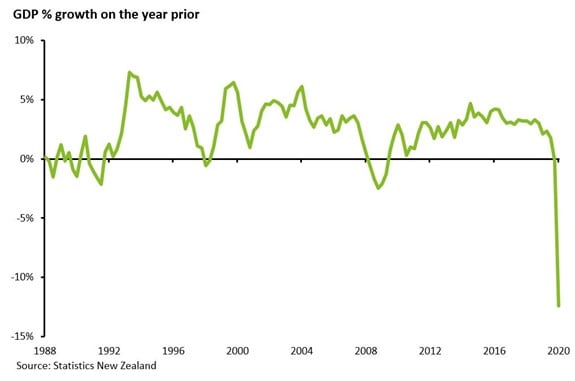 The actual drop was better than the -16% forecasted by the Treasury yesterday, which was revised from -24% it projected earlier in the year.

The sectors hardest hit during Q2 2020 were retail trade and accommodation, transport, postal and warehousing, and construction. 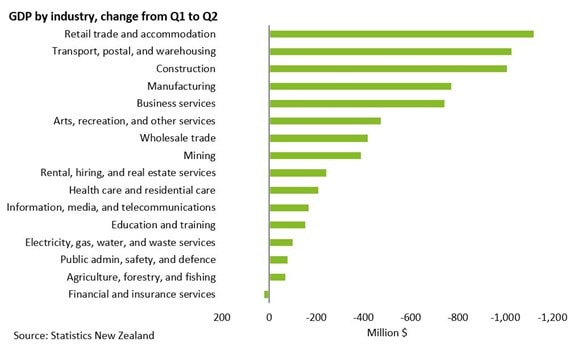 However, as with all economic data, perspective is key. While the country still had to bear the consequences of a full-scale national lockdown, New Zealand performed relatively well compared to many other major economies in the June quarter thanks to lower virus numbers and government support.

As the chart below shows, New Zealand sits in the middle compared to other global economies suffering from the coronavirus crisis. 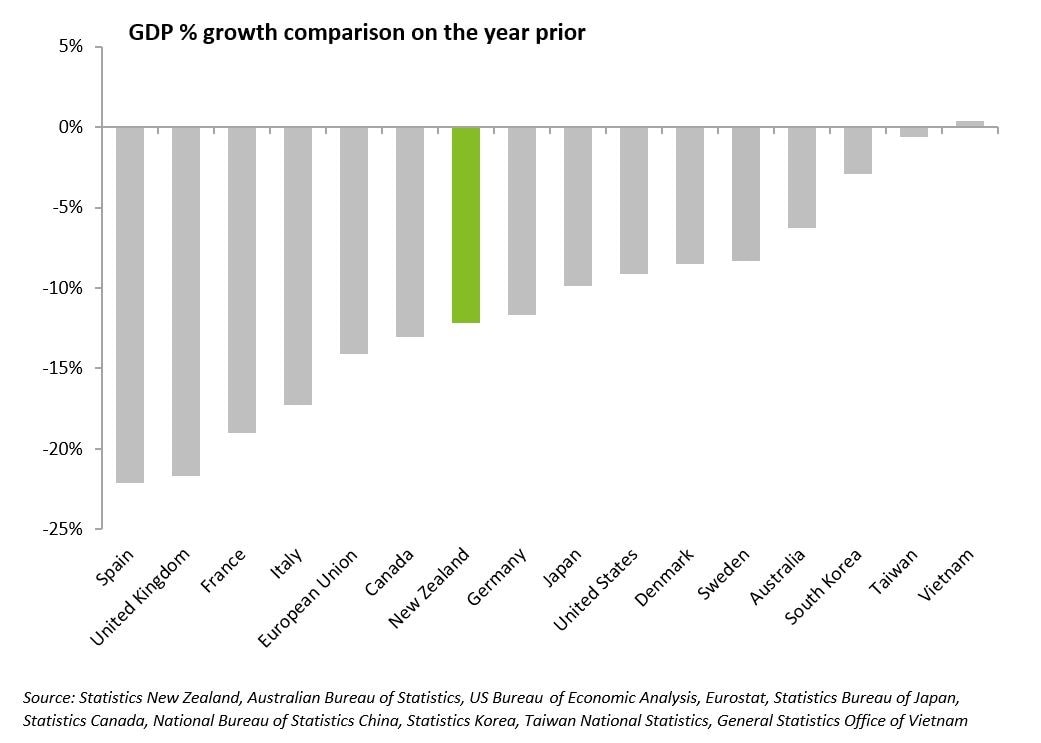 New Zealand’s fight against the virus has been much more successful than in most other nations around the world. However, this has come at a cost to economic growth. The hit to the New Zealand economy is larger than that experienced in other countries, particularly in Asia Pacific, United States, and Sweden, which has taken a different path than many others. That said, though New Zealand faced a greater impact relative to Australia, we are expected to face a stronger rebound in Q3 2020. 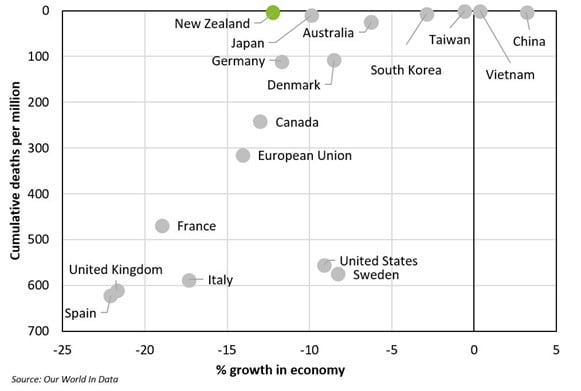 Further difficulties lie ahead for many businesses as government support is rolled back and weaker underlying income bites. The past few months have demonstrated a significant economic downturn, but the recovery path is starting to manifest for some parts of the economy.  Consumer confidence, for example, has improved.

With that in mind we shouldn't let the GDP result published today dent our confidence in the country’s economic recovery. This would only further curb our spending and become a self-fulfilling prophecy in the months to come.