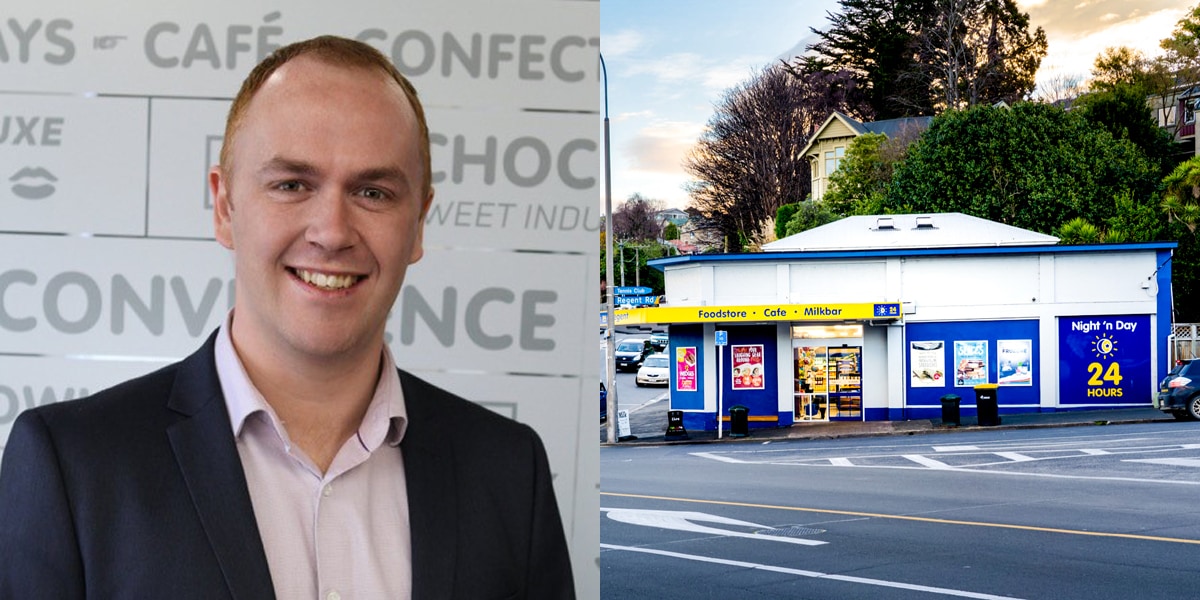 When it comes to running a business, you never really know what’s around the corner. What matters is how you respond to whatever comes your way.

That’s been a lesson for Fast 50 alum Night ‘n Day, the convenience store franchise whose 30-year history has spanned its fair share of unique and difficult roadblocks. What’s raised Night ‘n Day above the competition is how it’s innovated with a perceptive view of what its customers want.

Starting in Dunedin as a single standalone store, the first Night ‘n Day had a traditional approach focusing on basic groceries. That was until they heard the BP store across the road was in discussions to move to 24-hour opening times. Aware that students in Dunedin were often out into the early hours of the morning, Night ‘n Day beat the BP to it, becoming the first store in New Zealand to open 24/7.

It was a bold move and one that felt like a gamble at the time. As General Manager Matthew Lane says, ‘in the first week, we had less than two dozen customers each day outside the traditional hours.’ But they stuck with it, and soon enough the change proved to be formative for the business.

Capturing shoppers during the day and revellers at night, Night ‘n Day became profitable enough to expand out to Christchurch and Invercargill, before becoming a more expansive franchise brand. Now, they have 26 support staff,  36 franchisees, 52 sites and approximately 600 staff across the nationwide network.

From that big change, they continued to adapt. Lane says, ‘we’ve always prided ourselves on being agile and having innovation at the forefront. What our offering was 20 years ago, versus ten years ago, versus five years ago is considerably different and our focus is quite different as well.’

Another significant innovation for Night ‘n Day came in the form of coffee. 20 years ago, Night ‘n Day brought in a coffee, food and milk bar to capture new customers. It was the perfect addition to their already far-reaching range and offered additional security. As Lane points out, ‘having a diverse range helps build our resilience. If a competitor opens up selling coffee or bread, we’ve still got a lot more items that we can offer.’

By 2011, Night ‘n Day was facing its biggest challenge yet – making the move across the Cook Strait to the North Island. It wasn’t a small move either, with 21 stores primed to open and almost doubling existing store numbers.

Then the Christchurch earthquakes hit. Three franchisees were affected, with Lane recalling, ‘we had franchisees literally losing their businesses and their income but at the same time we had committed to this large-scale roll out.’ One franchisee was relocated, the other two moved on to new opportunities.

For Lane, unforeseeable challenges like this are just part of running a business. He lists a couple of important points for handling them as well as possible – first, ‘maintaining relationships across the board, whether it’s with banks, suppliers or the landlords. That gives you the front foot when you’re faced with challenges.’

The second, ‘it’s often just taking a common-sense approach. You don’t necessarily need to over-complicate things and you shouldn’t make rash decisions – 99% of the time, if you just adopt a common-sense approach to your network, whether that’s franchisees or suppliers, it goes a long way to actually achieving good results and relationships.’

Even now, the company continues to grow. Last year, Night ‘n Day’s numbers placed it 19th on the Fast 50 index and 6th on the Master of Growth index – tandem accomplishments, proving that they’re not just growing, but sustaining that growth. Lane says ‘I don’t believe anyone will say growth is easy, particularly in a mature business. It presents a lot of challenges and often Night ‘n Day have been guilty in the past of not necessarily celebrating the wins.’

To have a resilient company after 30 years is a significant achievement, and one that shows Night ‘n Day’s approach to innovating and building strong franchisee relationships is working. While COVID-19 has taken a toll on the company for much of 2020, Lane’s outlook is positive.

‘Now, we’re focused on sustainable growth. We think we’ve got the right platform, the right team and the right offering to really push forward and increase our presence across New Zealand, particularly in the North Island.’