New Zealand’s first International Fraud Film Festival was held in Auckland over 18 and 19 November and was a fantastic success.

The event coincided with November’s International Fraud Awareness Week and followed the success of the Dutch festival, which is now in its third year. Close to 500 people took part in the stimulating and insightful documentaries, panel sessions and speakers at Auckland's Q Theatre over 2 days.  The festival focussed on the key themes of cybercrime, dishonesty, investigative journalism and corruption.  On the Friday, the festival brought together many senior members of New Zealand’s leading private and public organisations, as well as many people in the counter-fraud industry; and on the Saturday it raised public awareness of the main issues New Zealand faces concerning financial crime.

The event was opened by Hon. Judith Collins, the Minister of Corrections, Police & the SFO. The Minister delivered a powerful and entertaining speech, commenting on the far reaching effects of fraud and the importance of such a unique event in NZ.

The winner of the first Anti-Fraud Award in the Southern hemisphere was also announced, with Bronwyn Groot from BNZ being publicly recognised for her outstanding work in protecting the elderly from the risks of scams and fraud.

Festival Chair, Ian Tuke, commented "This initiative delivered an incredible buzz across the two days and far exceeded our expectations.  To be able to introduce Judith Collins to kick it off in front of a packed house of executives and senior risk professionals was pretty special.  Seeing our clients making new connections, sharing ideas and having their mugshot photos taken was absolutely fantastic.  Our very own Olympian, Valerie Adams, also joined us for a corruption in sports session where she spoke very candidly!”

We were proud to be a principal partner of the Film Festival and we look forward to the 2017 edition. 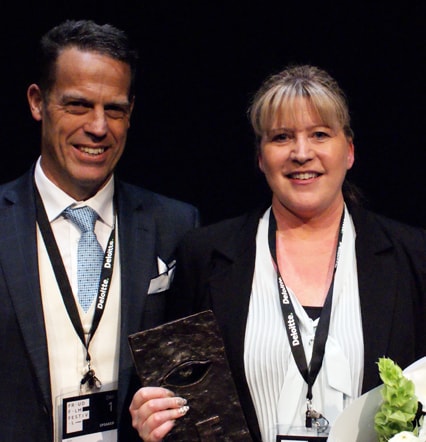