Three questions bring clarity to any situation: where have we come from, where are we now, and where are we going?

General elections pose those questions to the national consciousness. With the current context being one of heightened stress and uncertainty, the importance of reflecting and coming to a personal and collective conclusion is heightened.

In terms of “Where have we come from?”, the current context couldn’t be more different than 2017. That election followed lengthy periods of political stability with the Key and Clark Governments; both held successive tenures of three terms that faced challenges including earthquakes, financial crises and global conflicts.

Immediately prior to the 2017 election we had achieved a period of economic stability but less so social. Questions around inequality, the environment, housing and social services framed the context of that election, which through MMP resulted in the incumbent Ardern-led coalition Government.

As part of looking to address these wider issues, the coalition Government broadened the budget narrative and the definition of wellbeing to include natural, human and social capital alongside the original metric: economic.

Almost immediately thereafter, in a somewhat surreal manner, at least three unexpected and unrelated events challenged the Government: the terror attack in Christchurch, the Whakaari/White Island tragedy and of course, the current COVID-19 global pandemic.

Of the three events, COVID-19 defines, “Where are we now?” with the nation currently engaging in the election of the most appropriate leader for this next stage in our journey.

Where are we going?

The Deloitte and Chapman Tripp Election survey, hosted by BusinessNZ, puts a spotlight on our context and defines the likely areas of interest to New Zealand business leaders. And, as is often the case, survey respondents are hard markers.

Not unusual in these contexts, businesses are looking for a strategy, with only 19% of respondents believing that the current Government has a coordinated plan for raising New Zealand’s economic performance post COVID-19.

Again, not unusual, four out of five respondents (79%) thought the Government needed to do more regarding the perennial issue of reducing regulatory burdens on business, as part of the ongoing post COVID-19 recovery. And again, predictably, of the Government’s current four wellbeings, economic wellbeing (86%) was the highest priority.

Now comes the degree of difficulty for parties looking to activate an economic recovery; survey respondents are not supportive of higher taxes forming part of the COVID-19 recovery plan.

Of those surveyed, 91% do not want to see any increase in personal tax rates. Likewise, 88% do not want any increase in the company tax rate. Nor is there an appetite among respondents for any additional taxes or levies targeted at those that have claimed the wage subsidy (77%). Interestingly, delving back into past surveys, the appetite for tax increases has never been less.

The projected increase in Government debt levels from 19% to 53% of GDP by 2023, is also not finding favour, with 60% of respondents concerned and not comfortable. And, the Provincial Growth Fund is not viewed as an effective spend by over two-thirds of businesses (67%) – only 10% thought it has been useful.

By contrast, the Wage Subsidy Scheme and Essential Workers Leave Support Scheme were considered the top Government COVID-19 led initiatives (78%), followed by the small business cashflow scheme (55%). Third was fast tracking the Resource Management Act consents for shovel-ready projects (41%). A large sway of respondents (43%) also thought the Government was spending about the right amount in terms of business support due to COVID-19, but over a quarter (26%) thought it was spending too much. And of course, totally unsurprisingly and accentuating the positive, 71% thought the current Government had done an excellent job of handling the COVID-19 outbreak.

Where this leaves the political parties is somewhat interesting. The sense is that there is general support for “Where are we now?” and an understanding that we are dealing with something unanticipated. Businesses also expressed uncertainty as to “Where we are going?”, and little acceptance for any change in the current tax settings.

The implication being that political aspirants will do well to consider how best to expand the economy; to not only increase the tax take, fund needed expenditure but also allow the Government to reduce its Debt to GDP ratio.

An unenviable but not unexpected position; it’s hard leading in difficult times. 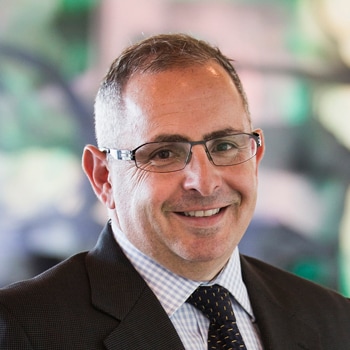