A role for tax in the COVID-19 recovery?

It seems that at this election, tax will not make dinner party conversation – unless you are in the top 2% of salary and wage earners.

Neither major party has made tax a central campaign issue. While the Labour Party has announced it would introduce a new top tax rate of 39% applying to salary and wage income earned over $180,000, they have otherwise shied away from tax and ruled out any further tax changes. The National Party has signalled there will be no increases or new taxes on its watch, but is yet to release its own policy. To date only the Green Party has released something resembling a full tax policy, having proposed both a wealth tax and an increase to the top personal tax rate, openly and early in the campaign.

The shock to the economy from COVID-19 and the path back to surplus is a major election issue that all parties are commenting on. How to balance the books is of course the challenge; given that the pandemic has required a significant increase in government spending, and a related upswing in government debt (forecast in Budget 2020 to rise from 19% of GDP in 2020 to 53.6% of GDP by 2023).

The part tax plays in the COVID-19 recovery is a legitimate debate, but not one that major parties seeking votes in the political centre are particularly keen to join – unsurprising, especially when evaluating the results from the survey. The fact that the Labour Party has strongly emphasised that its policy of a new 39% tax rate would only apply to 2% of wage earners is testament to this. However the actuality is, the additional $500m a year in revenue that it is expected to raise is not a panacea to the new debt reality.

There is no question that debt levels are a concern. When business was asked if it was comfortable with the forecast levels of government debt, 60% said no. Yet, political parties seem reluctant to address these concerns with specific policies, which begs the question of how this conversation will play out in both the short and medium-term.

If the level of government spending to support business through the COVID-19 recovery is broadly acceptable (43% indicated it was about right), but debt levels are viewed as too high, that would suggest a preference for either reducing other government spending or broadly increasing taxes to get debt down faster. Neither of those conversations are likely to win votes on the campaign trail.

Predictably, tax increases are not popular. Two thirds of business respondents favoured keeping personal tax rates the same, and nearly 40% expressed a preference for the corporate tax rate to decrease (49% suggesting it should stay the same). Similarly, there was little interest in reconsidering a capital gains tax given the fiscal position has changed – with only 27% in favour of that.

The message to political parties is relatively clear – bring government debt back down, but don’t touch the tax settings. While it seems that the majority of respondents would disagree with the Labour Party’s changes to personal income tax, at the same time the survey results suggest that a lack of change to other areas of the tax system would be welcomed.

The path back to surplus

In this context, what is the path back to surplus? Growing the economy while at the same time managing spending commitments is an excellent soundbite for voters, but the reality is never as straightforward.

If broader tax changes are not favoured, either to help stimulate the economy or simply as a revenue raising measure, then business and government will need to come to the table and discuss other ways to expand the economy. Without a solid policy platform and a plan, there is a risk that the debts created today will become a burden for the next generation to bear alone.

Should a capital gains tax (CGT) be back on the table?

In short yes, but not now.

Economy growth and managing spend are unlikely to fill the hole left by the COVID-19 spend-up, leaving a probable need for increased tax revenue. Survey respondents are clear that increasing personal and company tax rates are not favoured, so Labour’s proposal to lift the top marginal tax rate to 39% is unlikely to be welcomed by respondents (and won’t on its own raise the revenue needed). There are issues with both personal and company tax rate increases – international competitiveness with company rate increases; system integrity issues with an increasing gap between the top personal rate and rates applying to companies and trusts.

While the majority of respondents don’t want a CGT either, other options to broaden an already broad base are worse. Wealth taxes, financial transactions tax and the like aren’t attractive or workable and an increased GST rate will hit those who can’t afford it hardest. That leaves a need to reconsider a CGT, notwithstanding its practical and political challenges.

But one thing is clear – now isn’t the time to be introducing a new tax. Businesses should be focused on recovery, not side-tracked or constrained by new taxes negatively impacting business confidence. 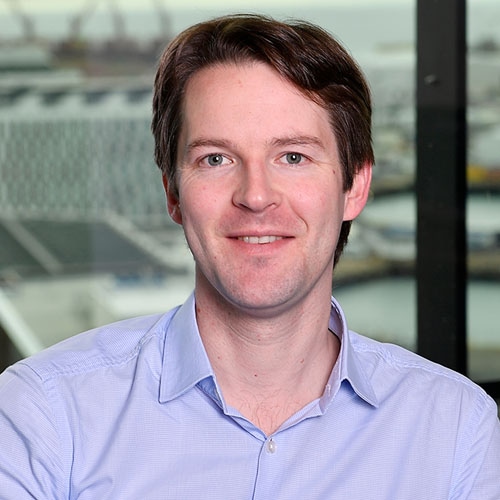