Deloitte analysis: The M&A market speeds up in Q2

The M&A market in Romania marked a significant recovery in the second quarter of this year, reaching 391 million EUR, compared with 258 million EUR in the first three months of the year. According to Deloitte's internal estimates, the total market value, including transactions that did not have their value reported, was between 1.1 and 1.3 billion EUR, a significant rise versus the second quarter of 2017.

"In the first half of the year, the trend of not reporting the value of transactions has accentuated. Based on our estimates, the total value of the M&A market reached EUR 1.6 – 1.8 bn. in the first six months of 2018,” said Ioana Filipescu, Partner Corporate Finance, Deloitte Romania.

M&A market players had a busy time in the second quarter of the year, overseeing a total of 27 transactions (including those whose value was not officially announced). In the similar period of 2017, 21 transactions were announced.

“We witnessed a recovery of the M&A market in the second quarter of the year, as a series of significant transactions reached signing stage. Although the value of some of these transactions has not been made public, the size of the businesses allows us to believe that their value is considerable,” Ioana Filipescu added.

The largest transactions in Q2 2018 were:

“We anticipate that the M&A activity will continue to remain robust in the second half of the year. The factors which are giving investors confidence in relation to Romania are the macroeconomic climate that still allows viable projects to accomplish, the medium-term growth prospects Romania still enjoys, the relatively high degree of fragmentation for most industries and the upward trend which market leaders find themselves on," said Ioana Filipescu. 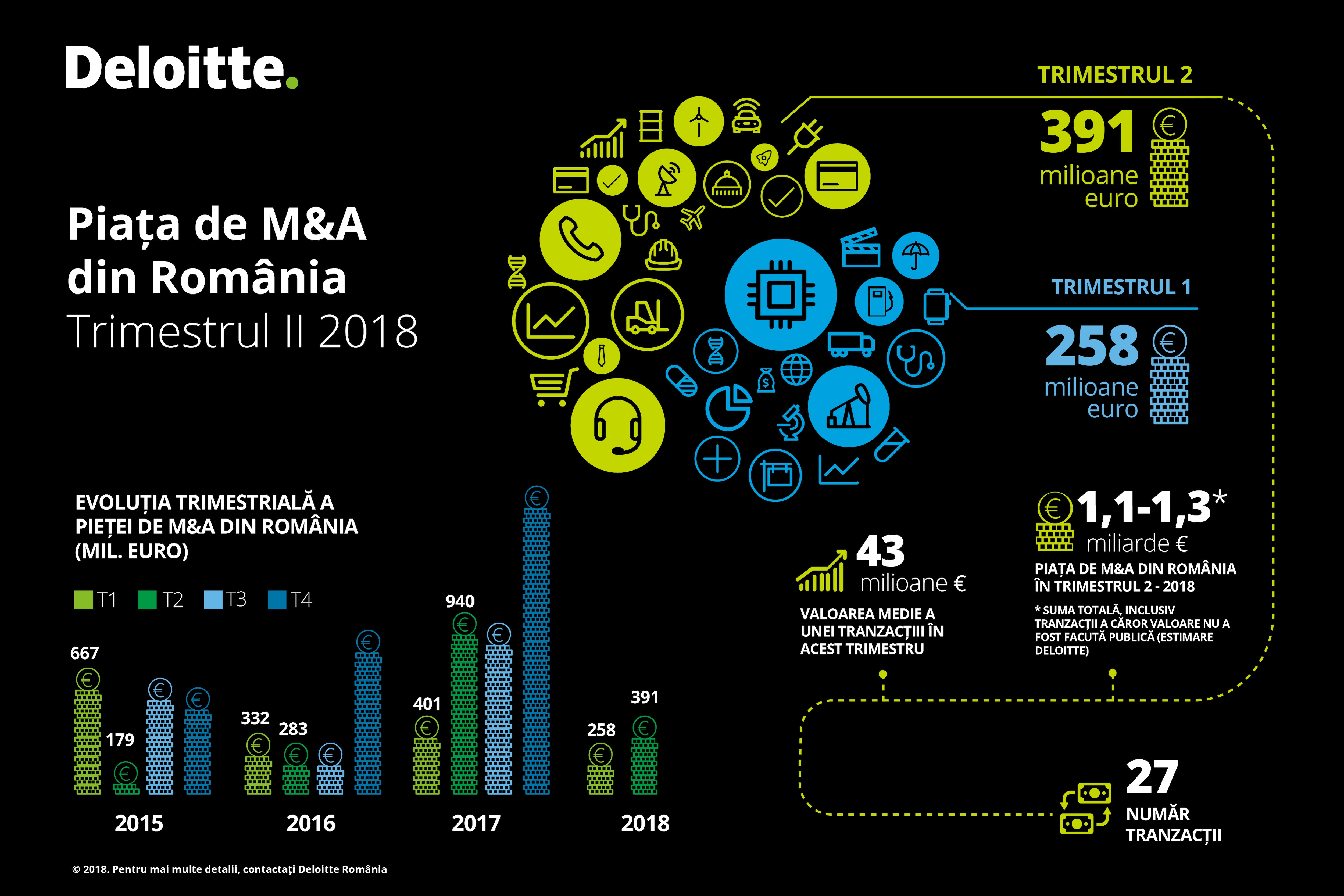