The two companies qualify for the regional competition

Romania is the only country to have two winning reports in the local competition for "Best non-financial report" category. The two companies are automatically nominated for the Central European (CE) competition, together with organisations from six other countries in the region.

“Mandatory starting 2017, non-financial reporting can deliver numerous benefits to companies: it can build stronger investor confidence, a better understanding of the business model, strategy and risks, as well as help identify new business opportunities. I would like to congratulate both KMG International and Ursus Breweries who understood this and chose to enrol in our competition, thus showing that they have managed to develop valuable reports that are appreciated by specialists in the field", said Andrei Ionescu, Partner Enterprise Risk Services (ERS) Deloitte Romania and Moldova.

Deloitte Green Frog Award competition for sustainability and CSR reports in CE aims to identify and reward excellence in corporate non-financial reporting in the region,  honouring the content, significance, structure and creativity in communication, as well as sustainability performance and strategic commitments of the reports. In the national competition, the seven participating countries have selected 17 sustainability reports that have qualified into the regional competition. Eight companies have won the "Best report" category and nine other companies received special awards.

Other countries that have companies qualified into the regional competition are Croatia, The Czech Republic, Hungary, Poland, Serbia and Slovenia. The best non-financial report in Central Europe will be selected after the analysis of a mixed jury made up of professionals from various practice areas, representing well known NGOs or organizations developing activities in the area of sustainability.

Currently, companies provide non-financial information voluntarily. Non-financial data reporting will become mandatory starting 2017, and an increased effort in supporting social causes is expected form companies from then on, to the benefit of both society and companies. According to Deloitte’s recent CSR Managers Survey, the main benefits of CSR initiatives for companies include increased involvement of employees, improved reputation and a better relationship with local communities.

Green Frog Award 2015 has a national and a Central European category. The reports which passed the national level were automatically nominated to the regional level whose results are expected in early March. For this edition, organizations submitted social reports, CSR reports, sustainability reports, integrated reports that cover previous one-two financial year(s). The reports were prepared according to the following guidelines: GRI G3.1, GRI G4, IIRC, EU Directive 2014/95/EU, UN Global Compact, ISO 26000 etc. and were submitted by private companies, public organizations, as well as foundations or universities. Green Frog Award 2015 marks the 15th anniversary of the competition at regional level and the first time it has been organized in Romania. 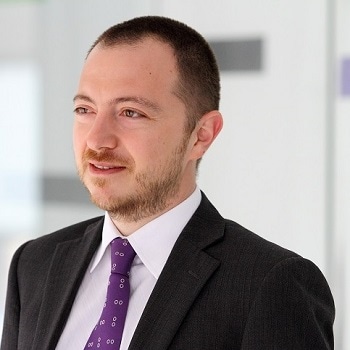