Ljubljana, 23 January 2023— Deloitte Global today released its Technology, Media & Telecommunications (TMT) 2023 Predictions report, which highlights the biggest trends in TMT and how they could impact businesses and consumers around the globe. The report focuses on the crucial roles
artificial intelligence (AI), advertising video on demand (AVOD), 5G, streaming and chips could play in our hyperconnected world.

“The TMT industry continues to move and to change at a dynamic pace,” says Barbara Žibret Kralj, Managing Partner. “In 2023, we foresee the rapid advancement and deployment of a range of technologies to help businesses and consumers do more with less. Breakthroughs in technological developments coupled with changing consumer habits are constantly challenging business leaders today and as they look toward future growth.”

Deloitte Global predicts that major streaming services that used to be ad free could opt for AVOD (advertising video on demand). Deloitte anticipates that by the end of 2023, major subscription video-on-demand services in developed markets may have launched an ad-funded tier to complement ad-free options which aren’t going away. But by the end of 2024, half of these providers will also have launched a free ad-supported streaming TV service (FAST). And by 2030, Deloitte expects that most online video service subscriptions will be partially or wholly ad funded.

“As price-conscious viewers become more willing to watch ads in exchange for discounted or free streaming video, we’ll see more subscription video-on-demand (SVOD) service providers adding ad-funded tiers to their offerings. Our research shows that consumers will accept this far more readily than in the past because it gives them flexibility and the ability to control costs.” says Barbara.

The next arena for the streaming wars: live sports

Streaming providers are spending billions of dollars on live sports. They have purchased rights across the spectrum of sporting events in a bid to attract, retain, and monetize their audiences via this popular content. Deloitte Global predicts that in 2023, streamers could spend more than US$6 billion on major sports rights in the largest global markets. To put that in perspective, in 2021 the combined content spend by all streaming providers was about US$50 billion.

Chip companies are using AI to help design chips faster, cheaper, and more efficiently. Deloitte Global predicts that the world’s leading semiconductor companies could spend US$300 million on internal and third-party AI tools for designing chips in 2023, and that number may grow by 20% annually for the next four years to surpass US$500 million in 2026. AI design tools enable chipmakers to push the boundaries of Moore’s Law, save time and money, and even drag older chip designs into the modern era.

Supercharged semiconductors made of high-power materials are taking chip development to a new level. Replacing silicon, these materials—primarily gallium nitride and silicon carbide—are suited for the higher voltages, power levels, and resilience needed for increasingly common applications such as electric vehicle (EV) batteries, super-efficient consumer electronics chargers, powerful solar panels, advanced military applications, space technology and nuclear energy. Deloitte Global predicts that chips made of high-power semiconducting materials could sell a combined US$3.3 billion in 2023, up almost 40% from 2022. Growth in these types of chips, collectively known as power compound semiconductors, is expected to accelerate to nearly 60% in 2024, possibly generating revenue of more than US$5 billion.

“With the new materials, these chips have the potential to transform entire industries,” says Barbara “And with AI-enabled design, chipmakers can increase supply chain security and help mitigate the next chip shortage as well as the current talent challenge.”

Broadband satellites will need to navigate a crowded sky

Deloitte Global predicts that more than 5,000 broadband satellites could be in low-Earth orbit (LEO) by the end of 2023because of growth in commercial data satellite deployments to provide high-speed internet to every corner of the world. They could make up two working constellations providing high-speed internet to nearly a million subscribers on all parts of the planet, no matter how remote.

If every organization currently planning to build an LEO constellation succeeds, seven to 10 competing networks could be operational by 2030, with a total of 40,000 to 50,000 satellites serving more than 10 million end users. This growth would likely require industry collaboration as a much more crowded orbital environment significantly raises the risk of collisions. To keep satellites from colliding with each other as well as being struck by untracked space debris, it would be necessary to know where all those objects are in real time and with great precision. This challenge is driving the creation and growth of new markets.

“The LEO broadband market will not only grow but also drive the expansion of supporting markets, creating a new and dynamic ecosystem,” says Barbara. “However, for this ecosystem to be viable in the long term, all involved should focus their attention and resources on protecting space.” 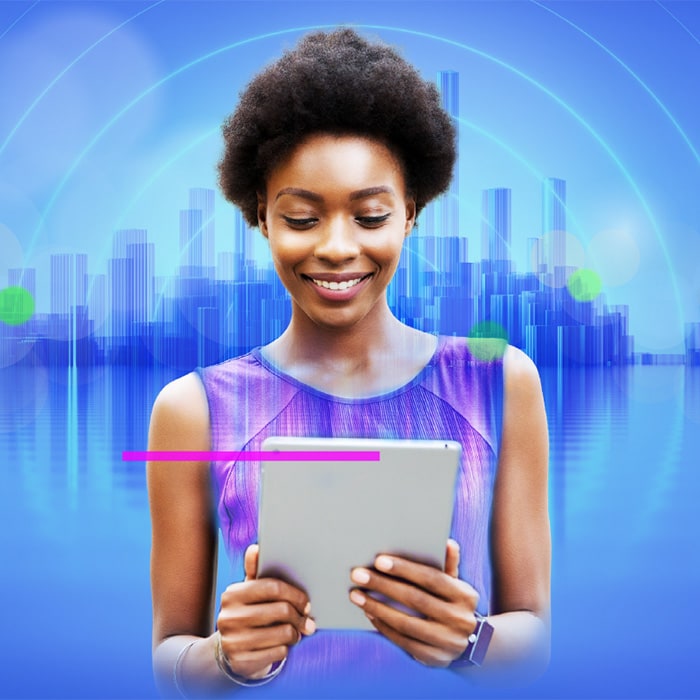