The hotel industry prepares for a prolonged recovery

As the hospitality industry across Europe and the UK continues to face headwinds posed by the pandemic, we reinstated our Hotel Sentiment Survey to explore the expectations and priorities of leaders in the sector. The survey indicated varying points of view, while we saw an improvement in sentiment on the length of disruption, expectations on the pace of recovery have shifted further out.

Sentiment on disruption has shifted towards the longer term with 71% of respondents expecting it to last beyond 2021 compared to the results seen in the October survey (59%). On a positive note, the majority (28%) now believe that disruption will last up to the first half of 2022, compared to the previous survey where the majority (24%) expected disruption to last until the second half of 2022. Though the results also show that nearly a quarter (24%) believe it will last until at least 2023. When we consider the pace of recovery, respondent sentiment has deteriorated as 90% now believe that performance will not return to pre COVID-19 levels until at least 2023, compared to 71% in the October survey. While more than half (52%) expect 2023 to be the year of recovery, 38% expect recovery only in 2024 and beyond. 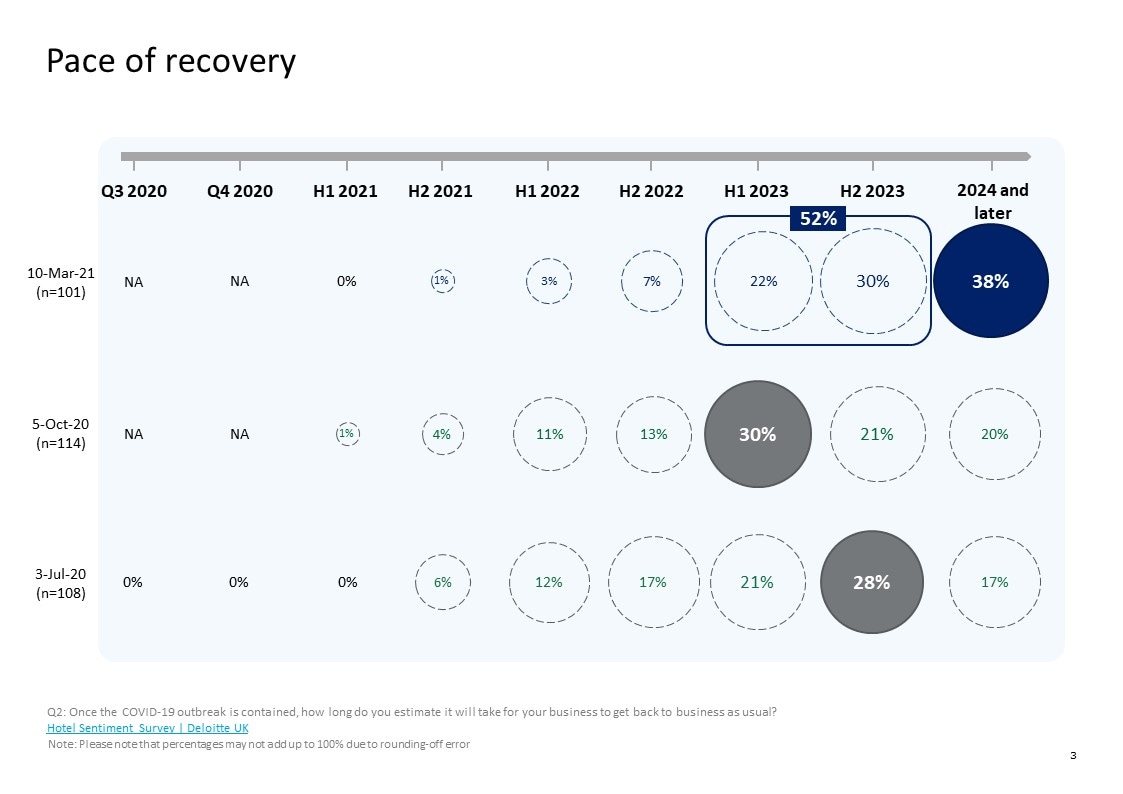 When asked what the key priorities over the next four weeks were, the majority stated that cash management remains the top consideration. Transactions and expansion moved up the ranks as the second priority, climbing 10 percentage points, at the expense of financial considerations which fell by 20 percentage points. The significance of remote working capabilities has also decreased. The two new priorities added in this survey, strategic growth initiatives and preparing for the withdrawal of government support ranked fifth and eighth, respectively.

Turning next to financing and strategic options being considered, our survey revealed that nearly half are modifying their loan terms and deferring payments, and more than a third are considering reorganisation and restructuring. Compared with the results from the survey conducted in May 2020, mergers and acquisitions as well as sales and leaseback options have seen a significant rise in consideration, while support from government-backed schemes have halved. 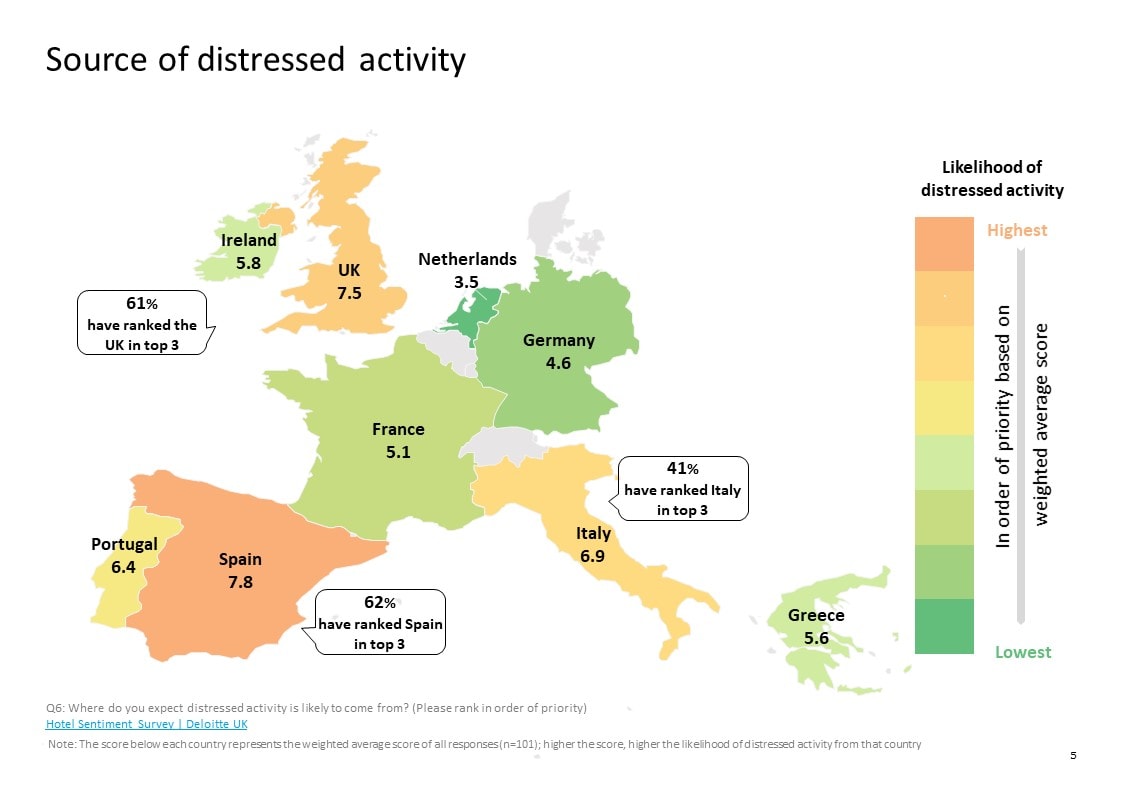 With new variants of the virus taking hold in some countries, uneven vaccine rollout across the UK and Europe and more countries looking at pre-travel testing and post-travel quarantine requirements and digital health passes, the hospitality sector is gearing up for a prolonged recovery.

For more details on the Hotel Sentiment Survey results and insights, you can access our EHIC hub.

Andreas is Head of Hospitality & Leisure. He has extensive consultancy and M&A experience across the UK, Europe, the Middle East, Africa, and the USA. His key areas of expertise include commercial due diligence, strategic reviews and advice, bank support, feasibility, and market analysis. In addition, Andreas has advised on over £30bn of debt exposure across the hospitality & leisure sectors in recent years, providing operational reviews, independent business reviews, strategic advice, as well as defining workout options and evaluating rebranding/positioning opportunities. His client experience includes many of the leading global brands/operators, private equity and hedge funds, property investors and developers, as well as overseas investment funds. Prior to joining Deloitte, Andreas was the International Managing Director at Christie & Co where he had responsibility for 16 offices across Europe and the Middle East, as well as the China Desk. Furthermore he headed up the Consultancy service line across the firm. Andreas previously worked for both Arthur Andersen and Deloitte across the US and Europe and has operational hotel experience in Hong Kong, the USA and Europe.

Our new report examines the challenges presented by the computer chip shortage, then explores opportunities to reinvent the automotive supply chain and build a road map for resiliency.