How CDOs can overcome obstacles to open data-sharing | Deloitte insights

How CDOs can overcome obstacles to open data-sharing

How CDOs can overcome obstacles to open data-sharing

​Governmental CDOs can take the lead in making data publicly accessible, allowing citizens to help find solutions for thorny social problems. What challenges could stand in the way?

Open data has been a hot topic in government for the past decade. Various politicians from across the spectrum have extolled the benefits of increasing access to and use of government data, citing everything from enhanced transparency to greater operating efficiency.1

While the open data movement seems to have achieved some successes, including the DATA Act2 and data.gov,3 we have yet to achieve the full potential of open data. The McKinsey Global Institute, for example, estimates that opening up more data could result in more than $3 trillion in economic benefits.4

It is time for the open data community to pivot based on the lessons learned over the past decade, and governmental chief data officers (CDOs) can lead the way.

Much valuable government data remains inaccessible to the public. In some cases, this is because the data includes personally identifiable information. But in other situations, data remains unshared because government has procured a proprietary system that prevents sharing. Moreover, when government does share data, it sometimes does so in spreadsheets or in other formats that can limit its usefulness, rather than in a format such as an application programming interface (API) that would allow for easier use. In fact, some of the potentially most valuable public information, such as financial regulatory filings, is typically not machine-readable.

CDOs looking to achieve greater benefits through open data should devise a plan that addresses both the technical and administrative challenges of data-sharing, including:

CDOs looking to unleash the potential of open data should consider ways that they could address these obstacles. One potential approach is to centralize decision-making authority and technical capabilities rather than having these distributed among the numerous offices and departments that “own” the data. The General Services Administration, for example, created a chief data officer position to act in this capacity. Several other agencies have done the same, and Congress is currently considering legislation to require every agency to do so.10

The open data community, for its part, can play an important part in encouraging data-sharing by helping agencies understand what data would be most useful under what conditions. CDOs sometimes do not have the political strength or the management or technical bandwidth to release all of their agencies’ data, even if this were always desirable, so prioritization is key. Regulated entities and beneficiaries should also help the government determine what the next-best alternative is if full openness is not possible. A few agencies, such as the US Department of Health and Human Services with its Demand-Driven Open Data effort, have invited the public to engage in prioritization. To promote greater openness, however, such efforts should be spread across more agencies and involve more levels at those agencies. Understanding the perspectives of those outside government can help officials balance the trade-off between releasing data and controlling the risks and costs.

CDOs’ leadership will be important in encouraging government to move swiftly to release all appropriate data that could benefit our society, democracy, and economy. To be most effective, they may need private-sector input and policy guidance that can help them and support them on the open data journey.

Adam Neufeld is a senior fellow at the Beeck Center for Social Impact + Innovation. He is based in Washington, DC. 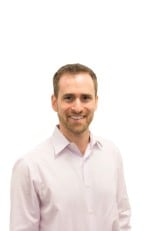 With more than 10 years of experience in the field, Adam Neufeld has worked for four government agencies and consulted with two others while at McKinsey & Co. As the deputy administrator of the US General Services Administration (GSA), Neufeld played a vital role in reorganizing and streamlining the agency, increasing efficiencies of government acquisition, and helping agencies transform their space into more efficient, mobile, open offices. He has also been at the forefront of the government’s efforts to bring innovative new approaches to the federal government, including the Presidential Innovation Fellows and 18F (a group of coders and designers), a unit of behavioral scientists and human resources reform. Prior to joining GSA, Neufeld served as a senior adviser in the office of management and budget. In this position, he worked on efforts to improve government management and budgetary issues. Previously, Neufeld was an honors attorney at the Department of Labor working on trial, appellate and regulatory matters as well as a special assistant to the chairman of the Federal Election Commission. In addition, he has worked as a consultant at McKinsey & Co., with a focus on serving the federal government.