​The value of technology is found in the new capabilities it enables for a business, not simply in owning it. As with duct tape, a single technology may elicit many possible strategic moves.

Digital strategy is about adapting the organization to a changing environment in a way that leads to a sustainable competitive advantage. The theory of affordances may help organizations tackle the digital strategy development process proactively.

More about The Technology Fallacy

Listen to the Technology Fallacy podcast

The term affordances was created by psychologist James J. Gibson to describe the possible ways that humans or other animals can interact with their environment. It treats the animal and its environment not as fundamentally separate from one another but as inextricably entangled. The environment determines the actions available to the animal while the animal can alter the environment in ways that change its capabilities for acting. For example, an affordance of the electric lightbulb is the ability for people to see or read at night, which, in turn, allows employees to work in nondaylight hours.

In his 1979 book, The Ecological Approach to Visual Perception, Gibson offers the following definition of affordances:

The affordances of the environment are what it offers the animal, what it provides or furnishes, either for good or ill. The verb to afford is found in the dictionary, the noun affordance is not. I have made it up. I mean by it something that refers to both the environment and the animal in a way that no existing term does. It implies the complementarity of the animal and the environment.1

About The Technology Fallacy

The 2019 book The Technology Fallacy explores the people and organizational sides of digital disruption—what leaders and employees can do to capture the potential value that digital technologies could bring to their organizations. Based on four years of survey research with more than 16,000 respondents, the book emphasizes that digital disruption is not only about technology—it’s about surmounting the organizational challenges that stand in the way of effectively using technology to benefit the enterprise. The authors identify three different stages of digital maturity in organizations—early, developing, and maturing—with the important recognition that even the most digitally mature companies need to continue adapting to a constantly evolving digital infrastructure.

In this segment, the authors argue that recognizing the many possible affordances presented by new technologies is central to adapting to digitally driven change.

At the most basic level, an affordances perspective suggests that merely owning and implementing technology is not enough to deliver business advantage. While this insight may seem obvious at first glance, it is striking how often organizations behave as though it isn’t. They either believe that the mere adoption of the latest technology will improve their business prospects, or they focus all their efforts on implementation, without applying the time or resources to make the types of organizational changes needed to benefit from the possibilities the technologies offer.

Perhaps the most paradigmatic example of a nondigital object enabling multiple actions is duct tape. Duct tape arrived on the scene in the 1940s as a durable and flexible tape that could be used in various wartime applications. The original version was army green and its original name, duck tape, reflected its water-repellent character. Post-World War II, the product found new uses in construction, including holding metal ducts together. A change in color to gray and a change in name to “duct tape” followed.2

Even though the early civilian application for duct tape was to literally seal ducts, the possible actions this object enables in different settings is staggering. It can be used as a clothing decoration, to build wallets, to fix various issues in spaceflight, to stabilize helicopter rotors, to craft vessels for carrying water, and even as a treatment for warts.

To say there is only one “right” use for duct tape is silly. Likewise, it is silly to say there is only one “right” way to use certain technologies. Social media, for example, is a digital equivalent of duct tape. Some companies—like many of the major media outlets—use Twitter to broaden the reach of their content. Others, such as Delta Air Lines, JetBlue, and Southwest, use Twitter as a highly effective customer service tool, enabling them to support customers in a fluid service environment. Still others use Twitter as a business intelligence tool. One US-based health care company uses data generated by customers on Twitter to identify areas of improvement in business operations. Auto manufacturer Nissan uses Twitter to help inform its marketing campaigns.3 The American Red Cross and the US Geological Survey use keyword monitoring to more quickly identify natural disasters than might otherwise be possible through traditional channels.

The point here is simply that there is often more than one “right” way to use a particular technology to support business goals. The challenge for organizations is to figure out in the various ways a tool or platform might work for them.

Some of the possible strategic implications of technology may not be immediately obvious. The affordance literature refers to these as “hidden” affordances, possibilities for acting that we may not immediately recognize. The potential strategic actions of these hidden affordances only become clear once an organization begins to use them and becomes more aware of their potential. An affordance perspective suggests that the path toward digital maturity is a recursive process in which technologies and the organizational environment mutually influence one another over time, rather than a linear progression.

Progressive affordances: Walk before you run

In our survey, we find that the goals of digital strategy differ by digital maturity stage. Early-stage companies focus mostly on improving customer service and engagement. Developing companies tend to focus more on improving innovation and business decision-making. Maturing companies, however, are most likely to add transforming the business to these strategic goals. Indeed, at the highest levels of digital maturity, all these goals come into play.

First, they may mean that companies need to learn to walk before they can run with technology. Early-stage companies shouldn’t try to jump straight to transforming their businesses if they haven’t first learned the basics of improved customer service and efficiency. By focusing on these basics, companies can begin utilizing the technologies and make the necessary organizational changes to maximize their impact. This use will then begin to reveal hidden affordances, possibilities for innovation and decision-making, as companies build on these more basic capabilities. Once companies have mastered new forms of innovation and data-driven decision-making, they will be ready to begin thinking about transforming their businesses.

Second, our results suggest that the maturity levels we found may actually be differences in kind instead of incremental improvements. That is, maturing companies work in profoundly different ways than do early-stage and developing companies. To progress to the next stage, becoming better at digital efforts may be insufficient; companies may need to approach those efforts differently to continue to the next stage of maturity.

Third, our data may also mean that the lead of digitally maturing companies over less mature companies will begin to compound. The most mature companies are still trying to do things differently to leverage their advantages. The real path toward digital transformation may only begin once companies reach the maturing stage.

Nowhere is this point clearer than in a comparison between two clothing brands.4 One upscale clothing retailer invested in flashy technologies in its flagship store in Manhattan, such as digital dressing rooms, Radio-frequency identification (RFID)-tagged clothing, and sophisticated software that allowed the systems to make recommendations for products that went with the items the customer had selected. This technology was expensive and turned out to be more of a novelty than a delivery of real value to customers. The technology ended up getting shelved when it turned out to be more trouble than it was worth. 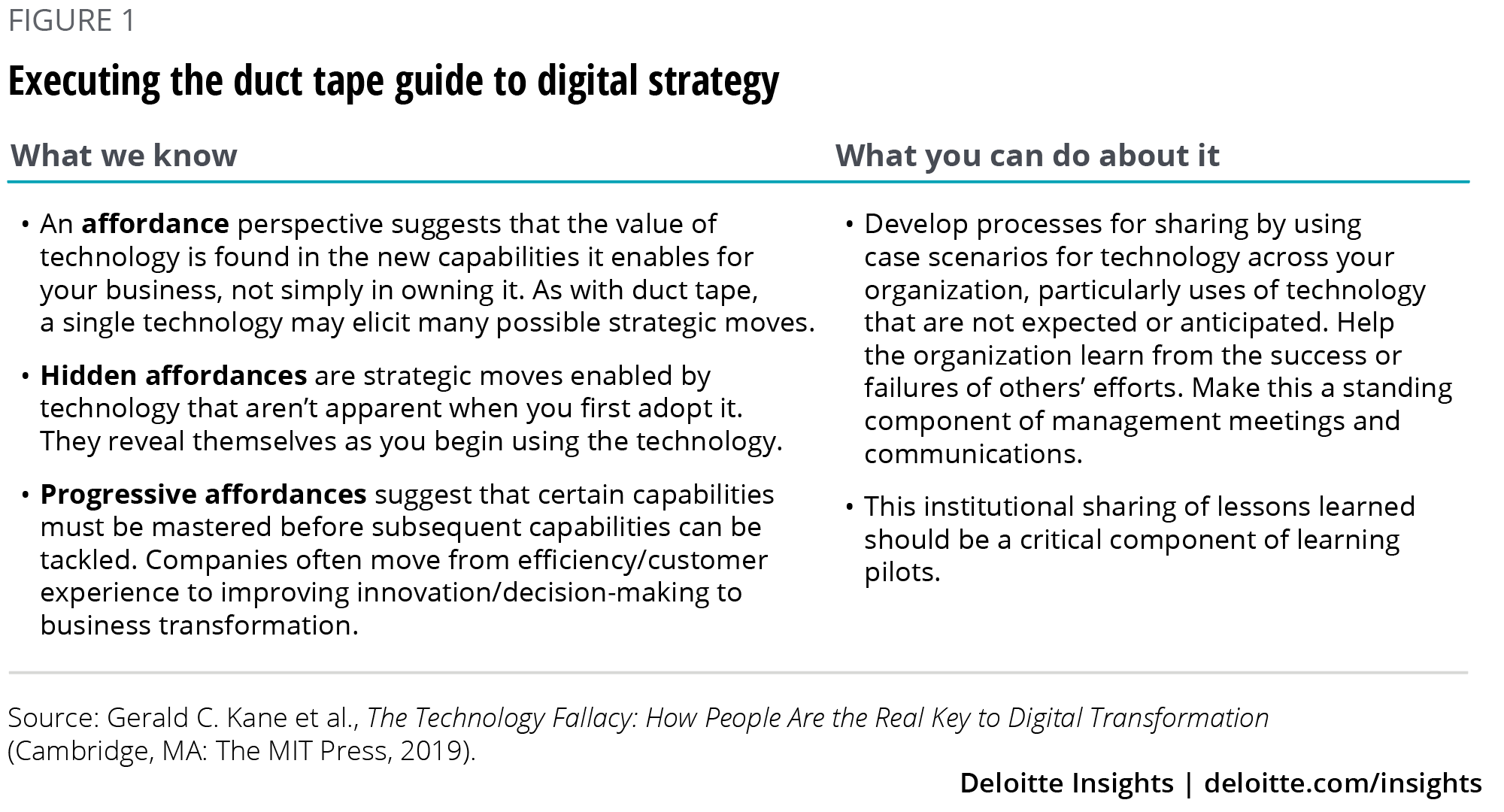 In contrast, the retailer Zara—one of the fastest growing companies in the world5—is often credited with using an IT infrastructure to deliver “fast fashion” by looking for inspiration from popular designs and getting the clothing to the marketplace in a matter of days. Zara spends about 25 percent of the industry average on technology, yet it has continued to grow. This comparison makes clear that the acquisition and deployment of advanced technology is not a substitute for a strong digital strategy. Technology is secondary to the strategy it enables.

This continues a theme that we’ve seen manifest itself in our research across the years of the study: Digital strategy isn’t just thinking of new initiatives that enable organizations to do business in the same way but slightly more efficiently. Instead, it involves fundamentally rethinking how you do business in light of all the digital trends occurring both inside and outside your organization. It involves identifying potential new services, sources of revenue, and ways of interacting with employees.

Organizations won’t likely work effectively if all the stakeholders are using the technology in significantly different ways. UC Santa Barbara professor Paul M. Leonardi introduces the concept of collective affordances to recognize the need for an organization to use the possible actions performed by technology in a way consistent with or complementary to other users within the organization.6 Groups that tended to gravitate toward a common set of actions with a new technology performed better than groups in which individuals used the technology in divergent ways.7

The need for collective affordances raises the importance of strong communication between management and employees to effectively enact a digital strategy. It is not enough to implement a new technology. Employees must also know what they are to do with it, because the possible and most valuable uses may not always be obvious. Employees can also serve as effective sensors for unintended barriers to or implications of a digital strategy. They can report these difficulties, allowing the leadership team to adapt the strategy accordingly. Nonexecutive leaders can be valuable first responders to tackle unexpected problems that may occur while executing a digital strategy. As such, they should be given some latitude to act when they identify issues once the strategy has been effectively communicated to them. In fact, our research shows that digitally maturing companies push decision-making further down into the organizational hierarchy to enable the organization to respond to digital trends more quickly.

Revealing the technology affordances for your organization

Taken together, this affordance perspective—with its hidden, false, and collective implications—suggests that the most valuable applications of digital strategies may not be inherent in the technology or readily apparent from the outset. Instead, companies and executives can begin to adopt a more exploratory mindset when it comes to digital strategies—conducting small experiments to explore different ways of using digital technologies, evaluating the potential value that these experiments reveal, and scaling the outcomes with the biggest potential impact on the business. Through this experimental approach, organizations can begin to discover new ways of doing business that become possible in a digital environment, and leaders can begin to adapt their organization to thrive in an increasingly digital world.

Learn more about The Technology Fallacy from MIT Press. 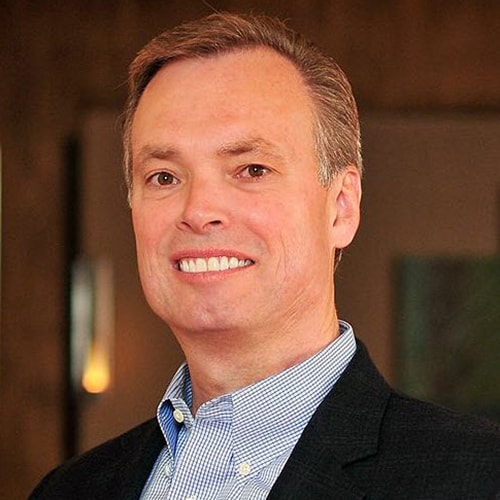 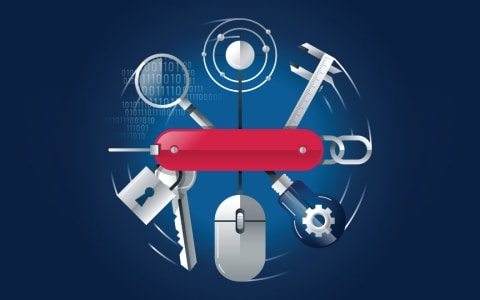 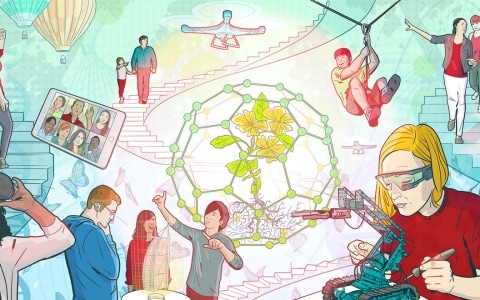 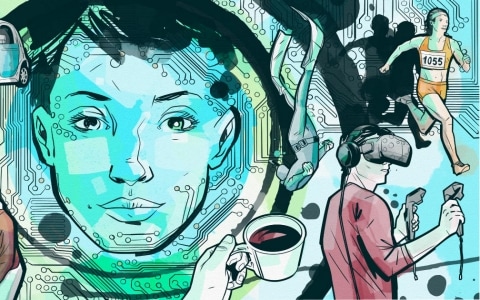 The duct tape guide to digital strategy has been saved

The duct tape guide to digital strategy has been removed