Pride – not just once a year has been saved

Pride – not just once a year has been removed

Pride – not just once a year

Pride month reminds us that things weren't and aren't always easy for our LGBT+ colleagues around the world. We've made great strides in LGBT+ rights worldwide, but there's still a way to go.

Pride is not something we show just once a year at Deloitte – it’s part of our culture, allowing everyone to bring their whole selves to work every day. We are a people business and our people can only achieve their full potential if they can be themselves, and not feel they have to ‘cover’ parts of themselves.

Recently we have made huge strides with transgender inclusion, launching our transgender inclusion policy, training trans champions across the firm and creating awareness raising events such as Beyond the Binary. We have used our experiences to help establish a number of other networks across Deloitte globally such as in Italy, Japan and Mexico. We have advised employees on how to support members of their own family in coming out, and we have relaunched our Allies programme as it approaches 1,000 members.

Some of our colleagues around the UK and North South Europe have already kicked off Pride season with events in Cambridge, Edinburgh and Brussels. But this week, the 2019 Pride festivities are getting into full swing.

On Saturday 6 July, 75 of our people, both LGBT+ and allies, marched in the Pride in London parade. We celebrated with colour, jubilation and a whole lot of love as we marched from Portland Place to Trafalgar Square, kitted out in our rainbow Deloitte t-shirts.

Throughout the next few months, we'll be celebrating in events across the UK. Up North, we're off to Liverpool first (27 July), followed by Leeds (4 August), Chester (10 August) and Manchester (23-26 August). In Wales and the South West, we've got Bristol Pride (13 July) and Pride Cymru (24 August) and in Northern Ireland we'll be taking part in Belfast Pride (3 August).

With the 50th anniversary of the Stonewall Riots falling this year, it will be an emotional march no doubt as well as a colourful and glittering one. 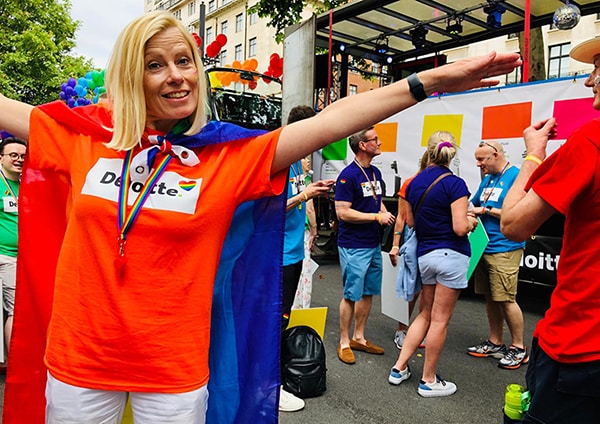 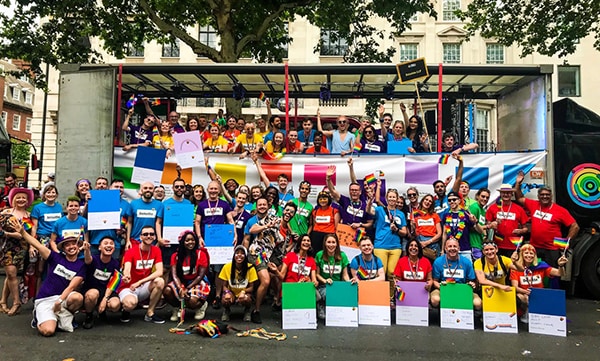