The future of IBORs

LIBOR, once known as the world’s most important number in finance, underpins contracts affecting banks, asset managers, insurers and corporates estimated at $400 trillion globally across most national currencies. Yet despite being one of the most significant reference rates used by financial market participants, the last financial crisis revealed its inadequacies.

LIBOR regulators (including the UK Financial Conduct Authority and the US Commodity Futures Trading Commission) have since announced a transition away from LIBOR, and towards alternative risk-free rates (RFR).

The FCA has made clear that, at the end of 2021, it will no longer seek to persuade, or compel, banks to provide LIBOR submissions. Other regulators have made similar statements and commitments.

RFRs have been agreed for all LIBOR currencies, and industry coordinated efforts in support of the transition to these rates has commenced, including the establishment of working groups to facilitate the required response. Yet some regulators have flagged that the transition is not happening fast enough. Further to this, while LIBOR may be the most significant Interbank Offered Rate (IBOR), transition away from other IBORs is also on the regulatory agenda.

Undertaking this change could bring considerable cost and risk to firms, but early planning and an understanding of how to manage the impacts to promote an orderly transition, limit disruption, mitigate operational risk and minimise cost.

$400 trillion in financial products is underpinned by LIBOR. Bank of England 'Financial Stabililty Report, August 2020 “Firms that we supervise will need to be able to demonstrate to FCA supervisors and their PRA counterparts that they have plans in place to mitigate the risks, and to reduce dependencies on LIBOR.”

Continuing to issue new LIBOR-linked contracts, which mature post-2021, when alternative RFR products have become a viable option, will lead to avoidable growth in exposures, and increases in associated risks.

Insufficient and uncoordinated training on new RFR products and transition impacts could lead to conflicting messages from different business areas. Further, frontline staff could promote products in a way which is not aligned to firm strategy, or one business area could switch to an RFR without considering the implications for another (e.g. hedge accounting issues).

The new RFRs are not equivalent to LIBOR. A straight-forward replacement of a given LIBOR rate with a new RFR is not possible and could create Information asymmetries, inadequate disclosures and conflicts of interest give rise to conduct risk transitioning to alternative interest rates.

Transitioning the reference rates for products could create winners and losers – with one party paying or receiving more or less. If the process is not managed appropriately and transparently, clients could file complaints or claims of unfair treatment. This risk is heightened as firms are likely to have greater insights than clients into the advantages and disadvantages of transition.

There is a significant risk of contract frustration if fallback provisions in standard-term legacy contracts, which are unsuitable for the event of permanent LIBOR discontinuation, are not updated to provide robust contractual protection.

Accounting implications may result in derecognition of contracts and/or discontinuation of hedge relationships.

Counterparties will need to assess whether a reference rate replacement for a legacy contract constitutes a substantial modification and therefore ‘derecognition’ under IFRS. Firms will need to consider whether a change in a hedging instrument’s terms will lead to a cessation of the hedge relationship and assess any implications for designated cash flow hedges that hedge LIBOR cash flows beyond transition.

Transition of contracts to alternative RFRs may result in potential tax issues if implications of amendments are not given due consideration.

The broader impacts of transition, including operational issues and existing regulatory rules, lead to delays.

Changes to firms operating models are expected to be significant given the extent to which LIBOR is likely to be embedded in systems and processes. Firms should also identify areas where there are LIBOR dependencies and potential complications in meeting regulatory rules. (E.g. lack of liquidity in new RFR or legacy IBOR benchmarks may impact use of internal models to calculate regulatory capital requirements).

The absence of a central governing body for the transition creates differences between jurisdictions and asset classes.

Despite recent legislative changes to grant certain regulators mandates to enforce an orderly switch away from IBORs, the responsibility for active transition lies with market participants. There is not a uniform approach when it comes to conventions and best practices across geographies. Should firms fail to engage actively, they could face serious delays and severe penalties.

The retirement of LIBOR is the first step in a series of reviews of forward-looking benchmarks. Many other jurisdictions are introducing alternative RFRs and deprecating their existing forward-looking rates. Firms should continue to monitor the global efforts to reform interest benchmarks, review their exposures to other IBORs and determine their appetite to adopt alternative rates. Should firms fail to do so, they could face serious long-term consequences.

To help firms design and guide their IBOR transition programmes, we have developed the IBOR Watch tool to support firms at each stage of transition planning, offering views of:

By using IBOR Watch, clients will be able to better understand the scale of their IBOR exposures and have greater confidence in moving to alternative risk-free rates. 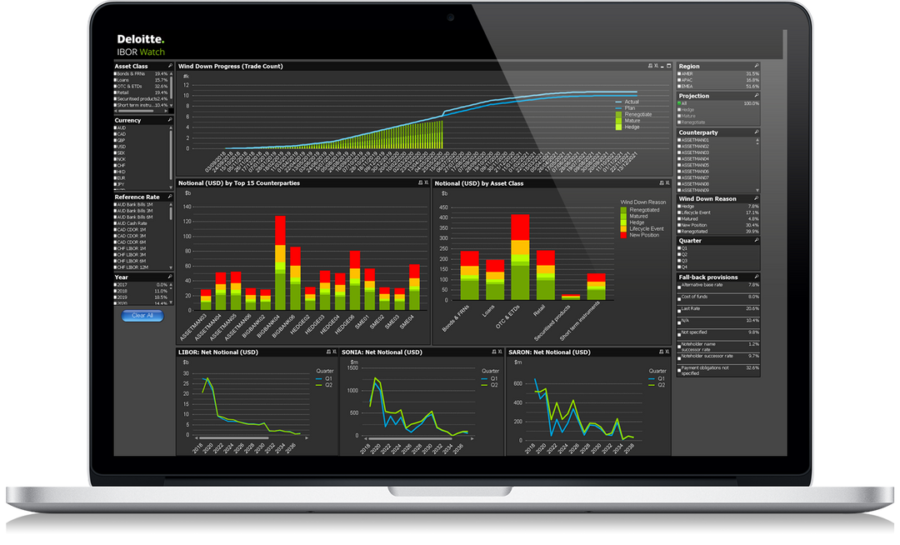 Navigate the important milestones and deadlines firms need to keep abreast of with our timeline.

Users of the Deloitte LIBOR timeline tool should be aware that it is updated, on a best effort basis, quarterly and was last updated on the date shown in the ‘Last updated on [date]’ timestamp at the top of this page; regulatory changes subsequent to this date will not be reflected.

The Deloitte LIBOR timeline tool is not intended to serve as legal advice and is provided for informational purposes only and therefore cannot be relied on to cover specific situations. The use of this tool does not guarantee compliance with any local or international law or regulation. It is not intended to form the basis of any decisions and you should not rely on its content for any purposes whatsoever. Deloitte LLP accepts no duty of care or liability for any loss occasioned to any person acting or refraining from action as a result of using this tool.

How you can act now

Convince stakeholders of the scale and complexity of LIBOR reform, and the need to understand the impacts now.

Engage the right people across business divisions and geographies and define the role of the central / core programme team – ‘thick’ vs ‘thin’.

Update fallback provisions for new trades / contracts and agree the timing of switching to products linked to RFRs.

Track buy-side intent in moving away from LIBOR, educate and manage customers, and understand how the market is responding to conduct and competition issues.

Stay up-to-date on the latest LIBOR and IBOR transition developments and what your firm needs to do to ensure readiness.

Our view on the implications of the UK Treasury’s proposed way forward on legacy contracts
Extending the Senior Management Regime to benchmark administrator firms
IBOR reform: data considerations
Stay ahead of the game in planning your IBOR conversion with our latest IFRS round up
Compression auctions as tool to avoid a hard “IBOR-exit”
Calling time on LIBOR – An insurance view

Our team are working with firms across the industry to assist them with their IBOR transition. To find out more and how firms are readying themselves for the change, you may wish to submit a formal Request for Proposal (RfP). 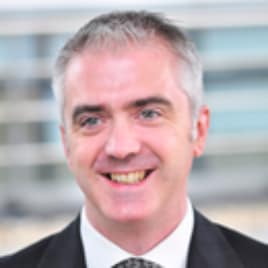 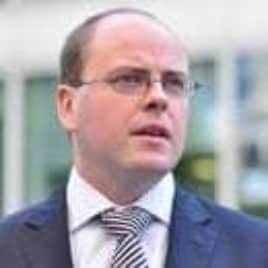 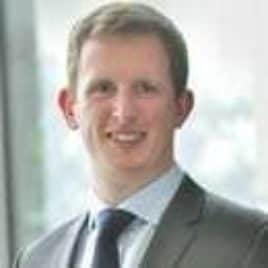 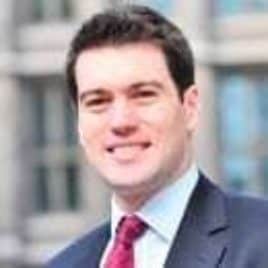 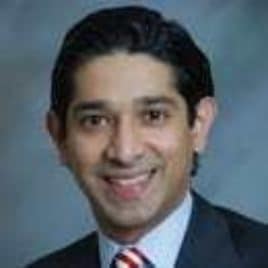 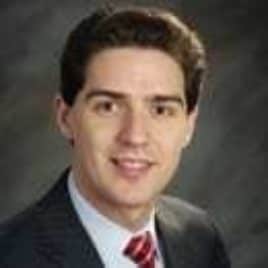 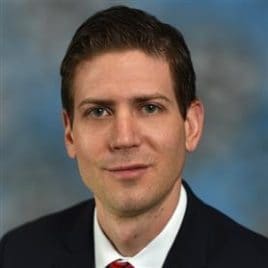 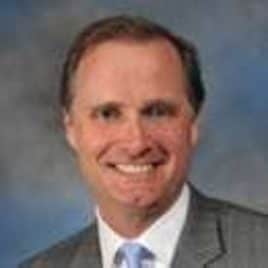 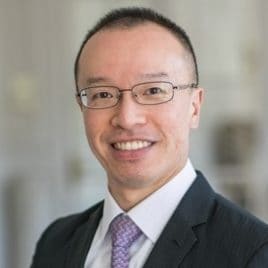 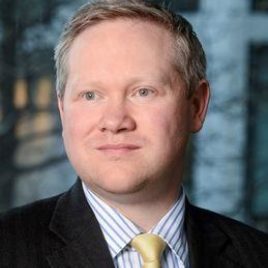 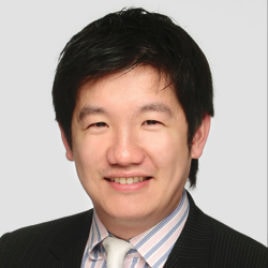 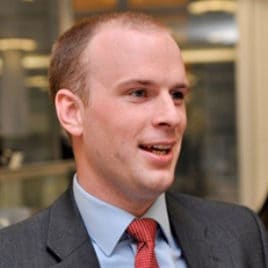