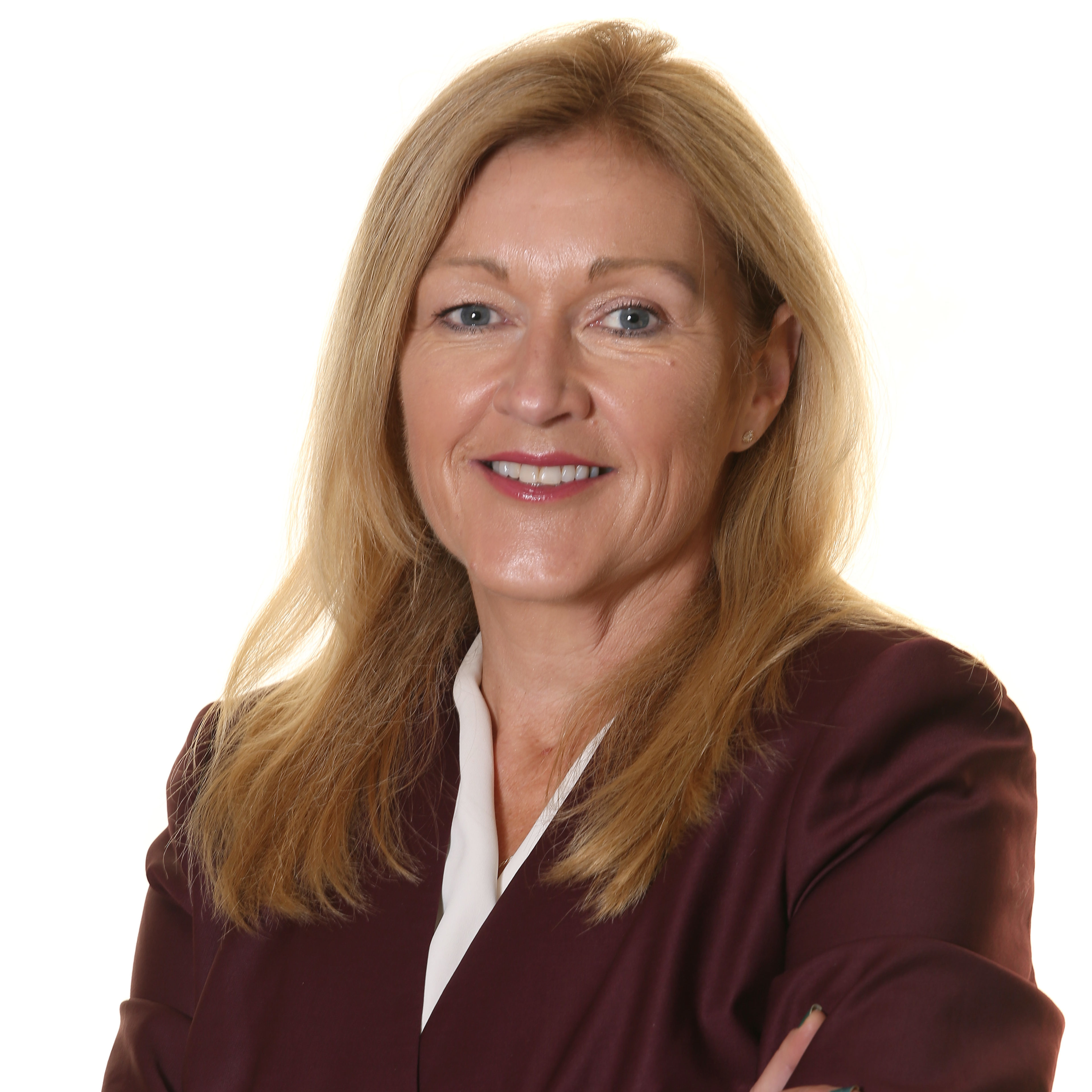 Clare James MBE is Managing Director of East Midlands Airport, part of the Manchester Airports Group (MAG). Clare joined MAG in January 2019 from NATS. In her time there, Clare held a number of roles, including Group Customer Account Director, and was responsible for air traffic control across some of the UK’s busiest airports, including Manchester and London Stansted. Before entering the private sector in August 2013, Clare had a distinguished career in the Royal Air Force, completing several tours in the UK and abroad, and holding a number of senior posts, including Commanding Officer at the Central Air Traffic Control School, and Head of Regulation, where she helped to establish the Military Aviation Authority. Clare was awarded an MBE for services to the Royal Air Force in 2007. Keeping Clare busy outside of work is her husband, Dan (still a serving RAF Officer), her two boys, Elliot and Jakey, and her dog Barney. She is passionate about fitness and horses.
1. Tell us about your career so far and what attracted you to work in the Aviation industry? ​

I joined the Royal Air Force as I was passionate about flying. When I joined RAF, women couldn’t be pilots, so I did the next best thing and became an Air Traffic Controller. I was the second youngest female to get through the Initial Officer Training programme and completed my RAF Air Traffic Controller training at Raf Shawbury in 1988. I then did tours at RAF Finningley, RAF Leuchars and the Falkland Islands as well as Kosovo as junior officer prior to promotion. I have had many highlights in my Royal Air Force career but my time as the Senior Air Traffic Controller at RAF Brize Norton particularly stands out. The runway needed to be resurfaced, this was initially planned to be done overnight over an extended six-month period. Given that we were supporting two theatres of war with an aging fleet of aircraft that were subject to technical issues and delays seemed to be too much risk. So, I challenged the decision and suggested an alternative which would de-risk the air bridge to theatre and allow the runway to be resurfaced more quickly. It meant planning a deployed operation of the whole of the RAF’s air transport fleet in a six-month window (which would normally have been done in an 18-month timeframe) as well as writing new concept of operations for ATC and aircraft operation. I led this project. After successfully overturning this decision with the support of the then-Station Commander, I decided to organise a pop concert (in our now empty maintenance hangar) to help boost morale, thank the Brize Norton Community and support children’s charities. ​​It was broadcasted by the BBC, 20,000 people attended, and we raised £85k for charity. It took eight weeks to plan this end-to-end. I received an MBE in 2007 for my contribution to the Royal Air Force, largely for the work on the Runway Project and the charity event. ​

​​At Manchester Airport Group, I initially led Operational Excellence to help standardise airports operations. I was promoted to MD, East Midland Airports, shortly after the pandemic lockdown occurred. It was a real test of leadership and my military training kicked in. I lead the COVID response at MAG. I believe you ‘make your own luck' but equally ‘you need to deliver thereafter’. ​

My work with the Air Traffic Controllers and others at RAF Brize Norton and in particular the charity event is a career highlight. The lesson I learned from this experience is that you’re only as good as your team. As a leader, you need to have the vision and be able to communicate it. You then need to ensure your team understand their role in delivering that vision or mission. When I was organising the charity concert, the Station commander was very supportive and I had a great team around me; but as leader, my job was to rally everyone in the same direction and get buy in to my vision. I was very lucky – I had an amazing team! ​

3. What has been the most challenging part of your career and how did you overcome this?​

COVID is the worst crisis to hit the Aviation industry in its history. The commercial uncertainty is unprecedented. Taking over as a new MD is a challenge at the best of times; taking over in the middle of a global pandemic and its associated devastating impact on the business takes it to a whole new level! There are some really tough decisions that we have had to make that have had massive impacts on our colleagues; but this is about preserving jobs for the future and ensuring the business has the right foundations from which to recover. One needs to be persistent and take calculated risks to overcoming challenging situations. ​

​Surrounding myself with a strong team and collaboration have been critical to managing this crisis, as has clear and open communication. ​

4. How has the industry fared in managing the challenges posed by the pandemic and where will the industry be in the next five years?

Focus on testing and proof of immunisation is needed to bring recovery to the industry. We need to bring consumer confidence to travel for this summer. We have done considerable work on COVID-secure measures at our airports and with our airline partners. ​

​ We believe it will three or four years before the industry fully recovers. Longer term, our focus will be in several areas: first is climate change and the need for sustainable aviation and the goal of carbon zero. EMA has strong green credentials: we were the first airport in the UK to be carbon-neutral and to have wind turbines generating electricity on the airport campus. The other area is to improve the customer journey. Digitalisation will be key as we would like to move away from crowded security and immigration queues. It was always on the roadmap but COVID has accelerated the digitalisation agenda. ​

5. What changes have you had to make in your working practices?

I have always maintained that communication is everything, otherwise there is a void. Never has this been more apparent in the pandemic; people are feeling isolated, uncertain and remote from the operation. Also, working from home is okay for some, but not for others. A balance is needed so we can cater to different requirements. Isolation because of the lockdown has been tough for many people and we need to double our efforts to ensure employees’ wellbeing. ​

6. How have you remained positive during the crisis and looked after your wellbeing and mental health?

Physical exercise is a massive ‘stress-buster’. I got up at 5am and went for a 7km run every single day. I took my kids for a walk in the evening before I went back to my study. This has given me my essential ‘me time’. Fresh air and exercise put things into perspective and improves your physical health as well! ​

7. What can the industry do to attract and retain high-calibre women?

Initiatives likes this one is really important. We need to promote the STEM agenda more. Women need to feel confident in traditional male- dominated roles. Women also need to be more confident and have self-belief. It’s a mind-set to believe that you can do anything you want, and we can! In addition, the industry should also promote BAME. We need to recognise talent early, give individuals the opportunity for a rounded experience rotating through different jobs. The RAF were very good at this and I benefitted from a variety of different roles both operational and planning/strategy which have served me very well. There needs to be a lot more focus on training and development programmes for young talent. In times of crisis, it is easy to target training budgets, but we need to be mindful that we don’t do that, as it will impact talent pipeline in the future. ​

8. What advice would you give your younger self?

Pick your battles and don’t wear your heart on your sleeve! ​

9. What are your three top tips for women who want to break the glass ceiling?

1. Believe in yourself - have courage and conviction. you can do anything. ​

3. Being female is a privilege. We have natural empathy, the ability to collaborate and bring people on board – these are your likely strengths, build on them. ​