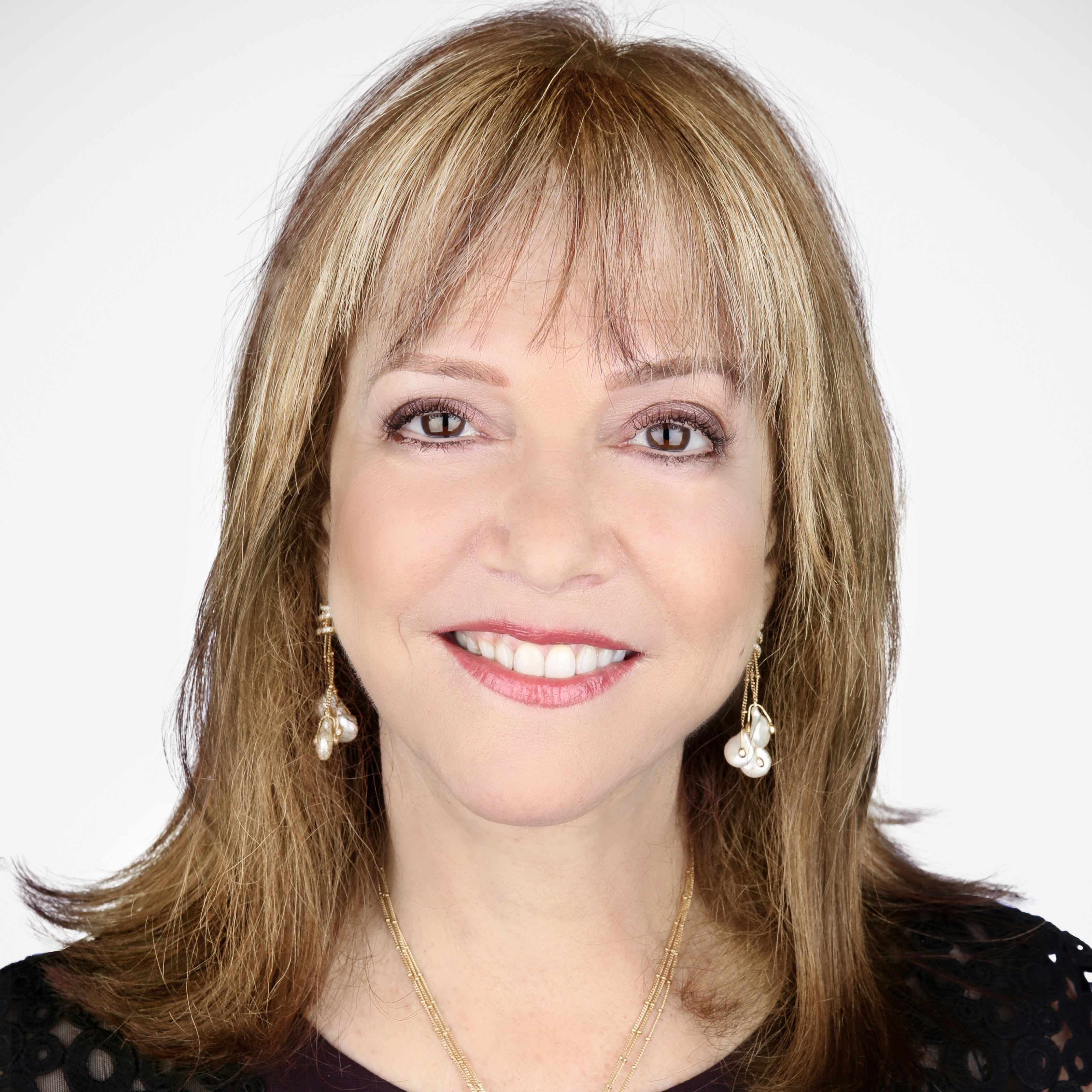 Vicki Freed is Royal Caribbean International’s Senior Vice President of Sales and Trade Support and Service. Vicki oversees the company's sales force, the largest and most awarded sales team in the cruise industry. She also manages Royal Caribbean International’s Trade Support and Service division, which includes Reservations, Group Sales and Consumer Outreach. During her tenure in the Cruise Industry, Vicki has earned numerous awards for outstanding achievement in sales and marketing, including an induction into CLIA’s Hall of Fame as recipient of their 2018 Lifetime Achievement Award. Vicki serves on the board of the Jewish Adoption and Family Care Options (JAFCO) and she is a trustee of the United Way of Miami-Dade County.
1. Could you tell us about your career so far and what attracted you to the Cruise industry?​

Straight from university, as a 21 year-old, I unexpectedly started a job in the travel industry. As a student, I used to like to interview with any company that came to campus because it was a fun way to really hone my interview skills. After one of those interviews, I accepted my first job and it was in group travel bookings at a travel agency now known as Carlson Wagonlit. While at this role, a customer asked me to look into booking a group for a cruise. I didn’t know much about cruises, so I asked my boss if I could attend a seminar to learn about the industry. At this seminar, I listened to the VP of Carnival Cruise Lines, Bob Dickinson, and how wonderfully and enthusiastically he spoke about cruising. I knew in that moment that I wanted to work for him. I followed up with him repeatedly for four months after the seminar in every possible way to stand out until I was hired. I started as a sales representative in Los Angeles — and that was the only job I ever applied for. I worked very hard and showed I wanted to successfully contribute to the company. When I was later working as a Director of the Western Region, I was offered a position as Senior Vice President of Sales and Marketing in Miami. I was told this would be a life-changing opportunity and so I agreed to it. It was wonderful. I was so grateful for Bob Dickinson for always believing in me and being an incredible mentor to me. After having spent my entire 29 years at Carnival, Royal Caribbean called me. I met with them, not expecting to leave Carnival. But after about four months of careful deliberation, and Bob having retired, I did leave Carnival and jumped ship to Royal Caribbean. Here I am, 13 years later, still in this fabulous industry. ​

I’ve had many highlights throughout my career. The highlight I cherish the most is knowing that I’ve had an impact in developing others’ careers. There are many such examples where I have been able to mentor those who had a spark in them and eagerness to learn. Watching them succeed in their careers, like Bob watched me, is very gratifying and those are the moments I remember the most. ​

3. What has been the most challenging part of your career and how did you overcome this?​

We are living through the biggest challenge of our industry right now in this pandemic. I’ve been through many challenges but this one has lasted much longer than the others. In terms of personal challenges, when I moved to Miami to take up the offer of Senior Vice President, I was only a Director, so in effect I’d been given a double promotion. This was difficult as my boss who was VP was now reporting into me. Additionally, as I had not applied for the role, there were a lot of questions raised as to my appointment. This led to some people resenting me being there and it was a challenge I had to overcome. It took a long time to win over those people. I had to prove myself and prove that we were going to be a functioning team. I had to make some tough decisions, guided by my mentor, such as letting go of those who were resenting me and undermining me, leading to us not being able to collaborate. I believe we accomplish more together as a team than you do as an individual. Eventually, I was able to win everybody round. ​

4. How has the industry fared in managing the challenges posed by the pandemic?​

Over the next five years, our industry will be much better in terms of improving our safety measures, such as the lifeboat drill. We were already working on measures such as conducting the muster drill on the cruise through your phone or within your stateroom and then physically checking in with a staff member once the digital drill has been done. Fortunately, the process as designed is suitable for COVID-19 safety measures and will now be a live feature of our cruise experience when we return and will avoid the usual crowding that used to take place. There will be a lot of other improvements within the cruise experience, with medical facilities greatly enhanced by inclusion of ICU units, which weren’t previously available. From a safety and health point of view, it will be very good. Another positive has been that we have been made stronger as a team as we try to solve this 1000-piece puzzle. We communicated well within our team, starting at five zoom calls per day initially, becoming even more tight knit than before. ​

5. What are the most important changes that we will start to see as industry recovers?​

The global vaccine will help our industry recover but until that global vaccine programme is rolled out, the industry will likely be sailing at 50-60 percent occupancy initially. This will allow us to learn how to manage in the new environment. We will be making additional changes, such as having more frequent entertainment times and shows on board for smaller groups, so that people can be physically distanced. But once the global vaccine is rolled out fully, people will feel very comfortable travelling again and I think we will get there sooner than we all think. ​

I am optimistic for the sales as people miss vacationing and want a change of scenery. We’ve already seen interest with our advanced booking system. We have also conducted a call with several hundred of our top loyal customers, who were all eager to travel with us. The CDC have allowed us to conditionally sail, with one of the requirements including the running of trial cruises free of charge. This will allow us to test our protocols, so we support this measure. When this news was shared by the press, we received interest from over 250,000 people. This indicates that people are feeling comfortable to travel again. ​

7. What changes have you had to make in your working practices? ​

Although our company was never built for working from home, we will see a hybrid model. We think video calls will continue as we have seen it can be efficient. We will be travelling less as well, avoiding any long flights for meetings that can take place over a call. ​

8. How have you remained positive during the crisis and looked after your wellbeing and mental health?​

We have two choices in life – either being sorrowful or being as positive as we can be. I maintain the positive outlook by being grateful for my health and family. I am using my usual commute time to take a walk outside instead. We also have a new puppy that I’ve spent time getting to know. Of course, there are some disappointments, such as not being able to see our family members, but we will get through this. ​

9. What can the industry do to attract and retain high-calibre women?​

Our industry tends to lean towards more women than other industries and a lot of my sales team consists of women. I was very fortunate to have a mentor, but we are moving at such a fast pace that now it is hard to dedicate the same amount of time to mentoring. But people at my level are still eager to give back. So, what I recommend to women, and men as well, is to create a ‘board of directors’ for yourself, instead of having one mentor. Identify four or five people whose qualities you admire and ask them to mentor you on that quality. This also makes it easier for the mentor, as they are not the only person and will find it easier to dedicate time. A benefit of having a board for the mentee is that it gives a breadth of different qualities you can admire and emulate. ​

10. Are there any females who have inspired you?​

I am inspired by people who have done very well in their careers. I look up to Lisa Perlo, President of Celebrity Cruises, one of our sister brands. I have great respect for her and have seen what she has been able to do to advance women. I also look at other careers, such as journalism, where people like Katie Couric, who started off at a low level have been able to achieve great success. Michelle Obama as well, a highly educated woman, who has had great achievements. I would advise to look at all types of women and take the qualities you admire to learn from each. ​

11. What one change would help with more diversity within the Cruise industry?

I sit within the Executive Leadership for our Diversity and Inclusion board. We have done a lot of listening sessions as a company, as a result of what happened last year in the United States. We have reviewed our policies and are making sure we give all people an opportunity to advance in our company. But they too have a responsibility to use their initiative and state they would like to grow. There may be previous learnings from a young age of keeping their head down and working. Although hard work is important, you have to keep your head up to look for opportunities to grow. People must also raise their hand to show initiative and ensure that others are aware of their ambitions. ​

12. Is there any more that the cruise and travel industry can do to support individuals?

We communicate often within the company, with daily emails going to teams. We also have a weekly newsletter from our president so that during these times people are informed. I think you should ask for more responsibilities to grow and if you have time, take on a project you normally wouldn’t to get you visibility. If you do more than you are expected, then you will be visible for future opportunities. ​

13. What advice would you give your younger self?

I would say don’t put barriers on yourself. My younger self would sometimes feel like an imposter, but one must believe in themselves and grab opportunities when they arise. Even if you fail, it will give you a learning opportunity and you learn a lot from your mistakes.

14. What are your three top tips for women who want to break the glass ceiling in the Cruise industry?

1. Not to think of a glass ceiling and instead think that if you work hard, you can achieve it. The barrier only exists if you think it is there. ​

2. Having your board of directors is also important. ​

3. You need to be a good listener and ask lots of questions. You learn so much just by listening to the answers to those questions. ​