Going Global - The journey to CFO has been saved

Going Global - The journey to CFO has been removed

Going Global - The journey to CFO

A common message we hear from the executive search community is the importance that boards place on recruiting CFOs with global experience, who have a deep understanding of global markets and can transition seamlessly across borders. Organisations today are global in nature and leaders need to manage the geographical and cultural challenges associated with global operations, balancing diverse markets, customers, ideas and talenti. Even companies with a more local focus see the value of international experience in their leaders, who bring with them broad experience, the capacity to assimilate quickly into new environments and the ability to build high performing teams of people who have diverse backgrounds and cultures. At our recent Alumni event, we invited a panel of speakers with overseas experience to debate the impact of global mobility on their careers. Our panel was comprised of John Goodwin, CFO of LEGO; Stephen Daintith, CFO of Rolls-Royce and Suzzane Wood, Head of Russell Reynolds CFO Recruitment, the discussion was chaired by Mark FitzPatrick, Managing Partner for Clients & Markets, Deloitte.

There is a strong link between global experience and top CFO positions globally recruited by revenue. Suzzane Wood specialises in Board-level finance and non-executive director recruitment, and her research at Russell Reynolds indicates that the top CFO’s by revenue in the FTSE and Euronext are most likely to have experience working in other countries: 44% of FTSE CFOs have experience in a two regions and 24% have experience in three or more. 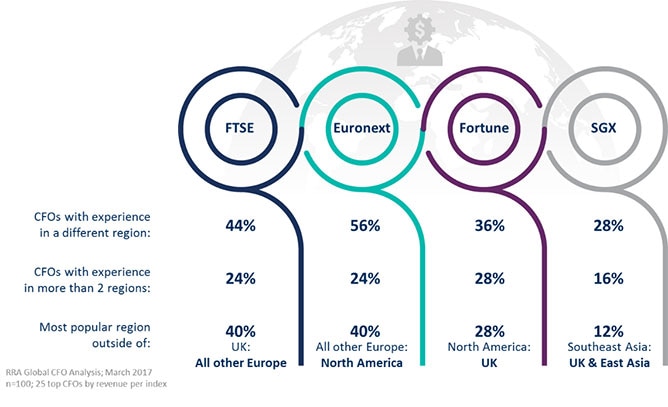 Figure 1. Data from Russell Reynolds Associates (2017), collected from the top 25 CFO’s across the three main indices.

Stephen Daintith spent nine years overseas, working in countries including South Africa, Pakistan, Switzerland and Bangladesh. Taking overseas roles gave him early exposure to the CFO role and at the age of 32 he found himself in South Africa on the board of British American Tobacco, answering to external stakeholders. Once on the Board, the speed of learning increased fast and he needed to adapt quickly to the culture, people, clients and ethical challenges that were presented. Levels of ambiguity were high and one of biggest realisations was that whilst his technical skills had got him the job, they wouldn’t help him execute it successfully. Success here was dependent on good managerial and commercial skills, high emotional intelligence and the ability to adapt to the changing circumstances. Stephen prioritised gaining an understanding of who to work with, how to work with them and how best to manage and adapt to expectations, tapping into local teams and their motivations to get the job done. He learnt to strike a balance between playing down cultural differences and carefully using them to his advantage.

John Goodwin has worked throughout the EMEA region and in the US. His biggest takeaway from working overseas was personal, he developed a robustness as he learnt to draw strength from within. His experience in emerging markets, where systems and processes were less established and more chaotic, taught him the importance of adapting his thinking and working style to the local culture so he was to catalyse change. Emerging market experience can provide huge learning opportunities as candidates with UK plc experience are more likely to find themselves in a senior role earlier in their career.

As a result of his international experience, John now looks for diversity of thinking and cultural fluency when recruiting, he wants people who will help to globalise the business. “If I see international experience on a candidate’s CV, I’ll tend to probe them around it, I want to know what they got out of it, how it changed them and shaped their thinking.” As companies become more globalised, leaders with experience of heterogeneous environments have an edge. Whilst the core leadership abilities - such as direction setting and influencing - are timeless, inclusive leadership requires an inclusive mind set and inclusive actions. Leaders today not only need to unite global teams, but leverage diversity of culture, approach, thinking and experience to deliver a competitive edgeii .

For Stephen, international experience demonstrates a candidate’s openness to opportunity, adaptability and willingness to change environment. In his experience, international opportunities can provide rapid advancement and a unique environment in which to innovate change. In his recruitment process, he explores not only the impact of the experience on the candidate, but the candidate’s experience on the assignment, “I want to know what someone with international experience has done to make a difference in that environment.” Deloitte’s research has demonstrated that diverse and inclusive teams are more innovative, engaged and creative in their workiii. Leaders who have demonstrated the ability to work in global environments, build and develop inclusive teams and harness the power of international talent are a step ahead, particularly in large organisations that define themselves as global entitiesiv .

Taking an executive role abroad is rarely done in isolation. There are multiple factors to consider, including family, friends, relatives, schools and housing. For John, uprooting his family was a big decision and he spent time weighing up the richness of the role with the personal implications. An international move needs to work for everyone and John managed this by ensuring his family were engaged in the conversation from the start and he strived to make the first experience very positive. Whilst it can be tempting to jump into a new role and forget what is happening at home, it is critical to take ownership for your family’s happiness and ensure you and your partner are both willing to give your best shot.

Suzzane highlighted that international executive roles have an average three-year contract, so “if you have heard your partner say ‘I’ll endure it for 12 months’, you’re building up to a personal disaster”, such a move requires long-term commitment from the whole family and failing to help your family integrate is not sustainable.

Finally, our panel agreed that when overseas it is important to embrace the culture, to try and learn the language and take the opportunity to travel, explore and learn about your host country. Mark shared that learning customs, demonstrating cultural sensitivity and empathy and connecting with locals - not just local expats - made a huge difference to his family’s overall experience.

Stephen Daintith
Stephen Daintith is CFO Rolls-Royce. Prior to joining Rolls-Royce, Stephen was Finance Director at DMGT plc from January 2011 and was based in London. Prior to that he was based in New York as the Chief Operating Officer and Chief Financial Officer of Dow Jones & Company and an Executive Vice President. Before joining Dow Jones in New York in April 2008, Stephen had been in London where he was the CFO of News International, the publisher of The Sun, The Times, The News of the World and The Sunday Times. He served in that role since late 2005. Stephen previously held several executive positions at British American Tobacco, who he joined in 1996, rising to be CEO of the company’s Swiss business after three years as CEO in Bangladesh. Previous roles at British American Tobacco included CFO in Pakistan and South Africa. Previously, he led Internal Audit at Forte. He started his career as an accountant at PriceWaterhouse where he worked with a variety of clients.

Mark FitzPatrick
Mark is the Managing Partner for Clients and Markets and a member of the executive committee. Mark is the GCJ LCSP on Prudential PLC and is the LCSP on Man plc and Willis Towers Watson. Mark was a Vice Chairman of Deloitte for four years, leading the CFO Programme and developing the CFO Transition labs. Mark previously led the Insurance & Investment Management audit practice and the Insurance Industry Practice. He has worked with Deloitte for 25 years building his industry focus on insurance and investment management in UK, Europe and South Africa