2018 global blockchain survey has been saved

2018 global blockchain survey has been removed

As more organisations put their resources behind this emerging technology, we expect blockchain to gain significant traction as its potential for greater efficiency, support for new business models and revenue sources, and enhanced security are demonstrated in real-world situations.

Primary operations of organisations by industry

Q: In which of the following industries does the organisation you work primarily operate? 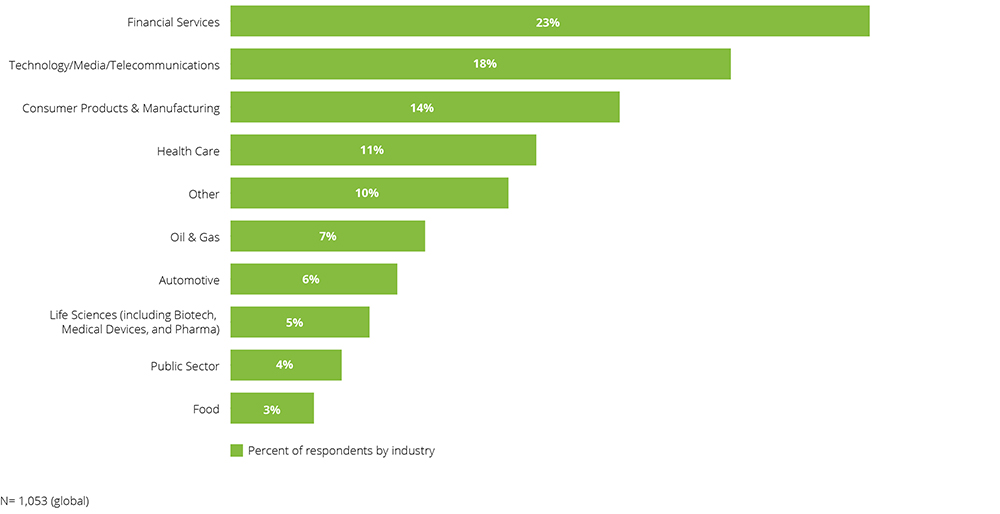 To summarise, the survey was fielded across seven countries (total number of respondents=1,053): 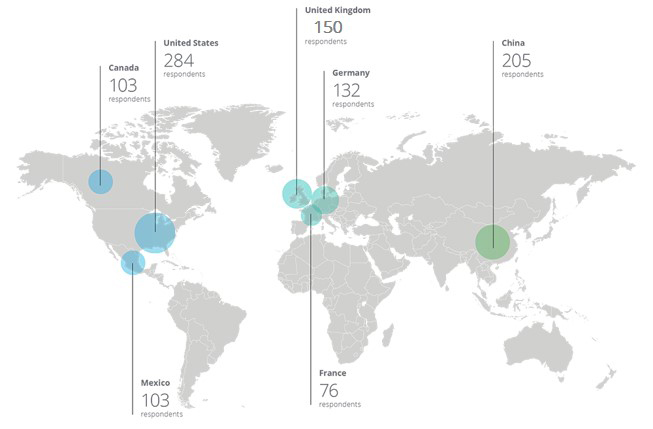 Blockchain is at an inflection point, with momentum shifting from “blockchain tourism” and exploration of the technology’s potential to the building of practical business applications. This is particularly true among “digital enterprise” organisations, rather than in more traditional enterprises that are still working on how to incorporate digital into their existing operations and protocols. While our survey shows that these traditional enterprise organisations may be lagging their fully digital brethren in this endeavor, the fact is, traditional enterprises are putting more resources behind blockchain than they had been, in an effort to achieve greater efficiency and to develop new business models and revenue sources. 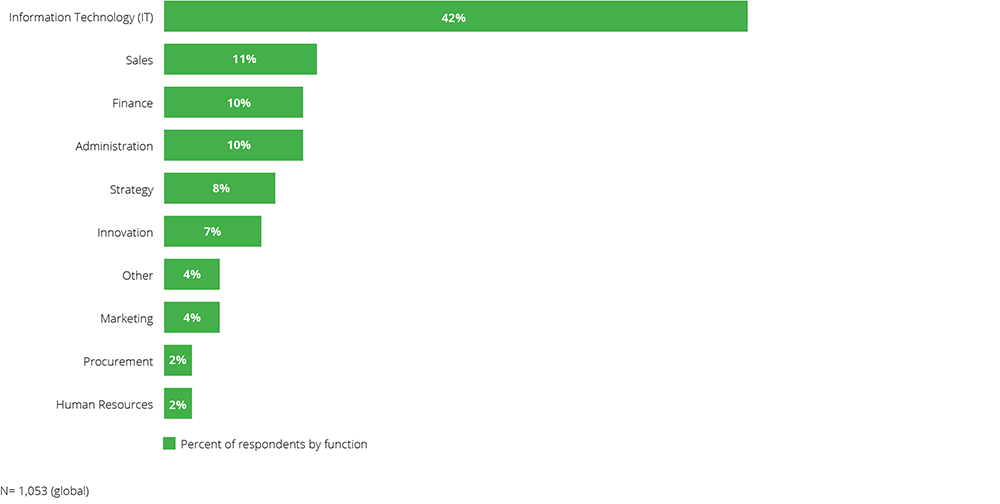 That understanding is key to discerning the difference in how traditional enterprise (legacy) organisations view blockchain in comparison to their digital enterprise (emerging disruptors) compatriots. For legacy organisations like well-established financial institutions and traditional brick-and-mortar retailers, we’re starting to see a change in approach toward blockchain—i.e., development of more sensible, pragmatic business ecosystem disruption.

What many enterprise executives are still struggling to see, however, is that blockchain represents a fundamental change to their business. This helps explain that while a majority (74 percent) of our survey respondents report that their organisations see a “compelling business case” for the use of blockchain technology, only 34 percent say their company has initiated deployment in some way.
Adding to the uncertain state of blockchain adoption is the fact that while more than 41 percent of respondents say they expect their organisations to bring blockchain into production within the next year, only 21 percent of global respondents—and 30 percent of US respondents—say they still lack a compelling application to justify its implementation.

We define emerging disruptors as those companies that entered their respective industry segments as startups, but have grown rapidly to the point where they are currently or will soon be disrupting the larger players in their markets. And since the survey focused only on enterprise organisations implementing legacy-constrained solutions, and not on the startups or emerging disruptors, the results don’t necessarily tell the whole story and don’t adequately reflect the incredible level of innovation infiltrating each industry sector.

Like their compatriots leading the crypto-currency revolution, our survey data shows that a significant percentage of early adopters in the business community (59 percent) believe in blockchain’s potential to disrupt and revolutionise their industries, and the overall economy. The problem, respondents say, is that for all the talk about blockchain’s promise, there are very few active use cases they can currently employ to advance their beliefs.

As a result, a certain “blockchain fatigue” is beginning to set in among those who feel its potential has been over-communicated, while its real-world benefits remain elusive. Based on our view of where blockchain is today and, more importantly, it’s likely adoption rate within the next three years, we strongly believe that organisations need to evolve their thinking around the technology.

However, the only real mistake we believe organisations can make regarding blockchain right now is to do nothing. Even without a completely solid business case to implement, we believe that organisations should at the very least, keep an eye on blockchain so that they can take advantage of opportunities when they present themselves.

As more organisations put their human and financial resources behind blockchain and come to better realise how it can improve their business processes and their bottom lines, we expect the technology to gain significant traction, as its cost savings, competitive advantages, and ROI benefits become more pronounced.

The view further down the road is an inspiring one. We see blockchain enabling a completely new level of information exchange both within—and across—industries. As connections are made between blockchain and other emerging technologies, particularly the cloud and automation, we see the potential for blockchain to help organisations create and realise new value for businesses beyond anything we can imagine with existing technologies.

Stephen leads the Deloitte Financial Services Technology team. He has over 20 years experience in advisory and delivery programmes, and has worked on a broad spectrum of challenges with his many clien... More

Tyler is a Senior Manager who spent 10 years in industry across legal, telco, media and FSI environments before joining Deloitte Digital in 2012 where he developed a focus on public sector consulting.... More