The first quarter of the year has seen net consumer confidence fall five percentage points, to -16%, taking its biggest dip since 2020 and undoing the consumer confidence recovery seen since the start of 2021. With rising household bills, and higher prices at both fuel pumps and grocery checkouts, the latest Deloitte Consumer Tracker reveals that over half of consumers (52%) are now seeing their overall personal expenditure increase.

The Deloitte Consumer Tracker is based on responses from 3,091 UK consumers between 18th and 21st March 2022, as all remaining COVID-19 restrictions were removed.

Of all the Consumer Tracker’s measures of confidence, Q1’s findings on disposable income is the most stark, with a quarter-on-quarter decline of 23 percentage points, reaching a record low of -49%.

Greater expenditure in Q1 was most notable amongst essential item categories, with quarter-on-quarter growth of eight percentage points, reaching the highest level since the Consumer Tracker began.

However, the index also reveals an emerging consumer polarisation by household income as spending behaviours are split.

Fenech continued: “Essential spending has increased significantly in the first quarter of the year, but so too has discretionary spending; unveiling a clear divergence in consumer spending patterns.

“Higher spending on transport and on everyday household items have seen the biggest quarter-on-quarter leap amongst essential categories. This increase is mainly due to price inflation and is affecting the lowest income households the most. By contrast, within the discretionary categories the highest income households were more likely to have been spending on holidays, going out, and eating in restaurants. For these higher-earners, pent-up demand for socialising and travelling – following the end of all COVID-19 restrictions in Q1 – is possible due to savings accumulated over lockdown when spending opportunities were limited.”

Consumer sentiment on the state of the UK economy fell a further 20 percentage points in the first quarter of 2022, reaching -73%. This is a return to levels last seen in Q4 2020; a time when many parts of the UK entered restrictive COVID-19 lockdown tiers. However, continued strength in the job market, record house price growth, and savings built up during the downturn, means overall consumer spending is still expected to grow this year.

Ian Stewart, chief economist at Deloitte, commented: “While economic sentiment this quarter has fallen, a number of factors suggest that overall consumer spending will continue to increase, even as real earnings decline.

“Rising employment and higher asset prices are supportive of spending and not all consumers rely on earned income to finance spending. Some can draw on built-up savings, or can fund spending by borrowing, having paid down credit card and other consumer debt over the last two years. With interest rates at still-low levels, they are well placed to do so.

“However, just because overall spending is rising doesn’t mean that everyone’s is. Higher income households are likely to account for a disproportionate share of spending this year.”

Consumers continue to book holidays for 2022

With the exception of in-home entertainment and betting, spending was up across all leisure categories in Q1. Long breaks and eating out saw the biggest quarter-on-quarter spend increase – up eight percentage points, respectively – and consumers intend to continue their leisure pursuits into the second quarter.

Simon Oaten, partner for hospitality and leisure at Deloitte, said: “For those consumers that can afford it, holiday bookings were high up the agenda in the first quarter. This was in part driven by school half-term breaks but also as many popular international destinations loosened, or removed entirely, their COVID-19 entry requirements.

“If higher income household spending power remains strong, it would bring a much-needed boost to the travel and hospitality industry as it continues its recovery. However, this could be undermined if significant travel disruption continues and compounds with economic uncertainty to supress spending on foreign holidays. 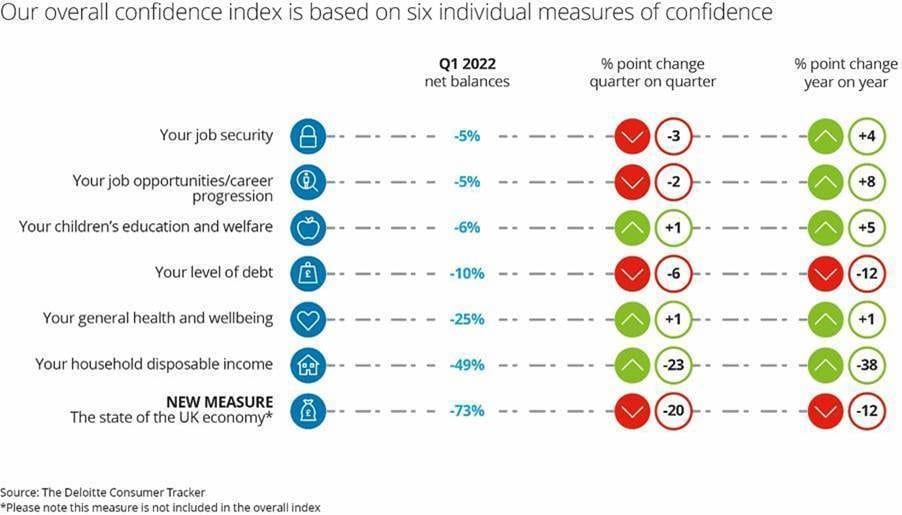 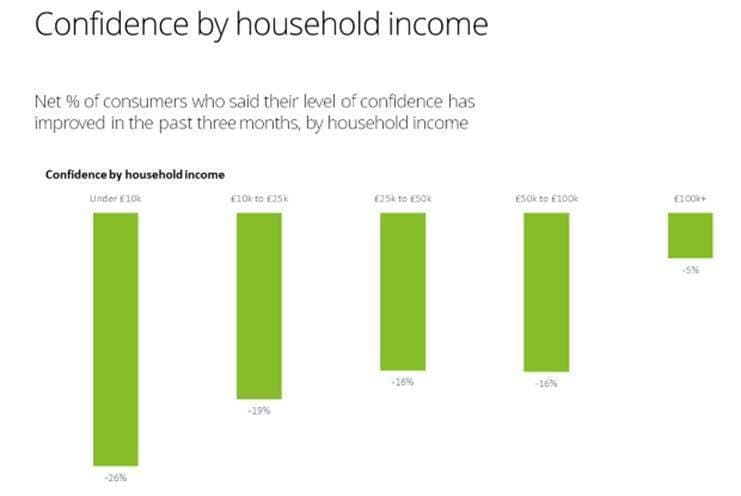 The Deloitte Consumer Tracker is based on a consumer survey carried out by independent market research agency, YouGov, on Deloitte’s behalf. This survey was conducted online with a nationally representative sample of 3,091 consumers in the UK aged 18+ between 18th and 21st March 2022. Overall consumer confidence is calculated as an aggregate of six individual measures: job security, job opportunities, household disposable income, level of debt, children’s education and welfare, general health and wellbeing. Since Q3 2019, respondents have been asked their view on the state of the UK economy.