The State of the State

In January 2020, the Northern Ireland Executive was restored after a three year absence, underpinned by the New Decade New Approach (NDNA) deal which outlined new priorities for incoming Ministers. But just weeks later, that new Executive found itself dealing with a global pandemic as Northern Ireland went into lockdown.

Our interviews with public sector leaders found that the turbulence experienced by the Executive in the early months of their restoration in many ways brought the parties closer together, but the pandemic has inevitably put the NDNA’s transformation priorities on the backburner. They include critical projects such as upgrades to water and sewage networks, health and social care reform and the delivery of key infrastructure programmes.

Some of those who we interviewed argued that the Executive needs to prioritise a small number of reforms, just as the Executive previously focused on the Bengoa healthcare reform. Others talked about an urgent need to get the Fiscal Council up and running – one of the NDNA commitments – but few sensed a strong political appetite for it. 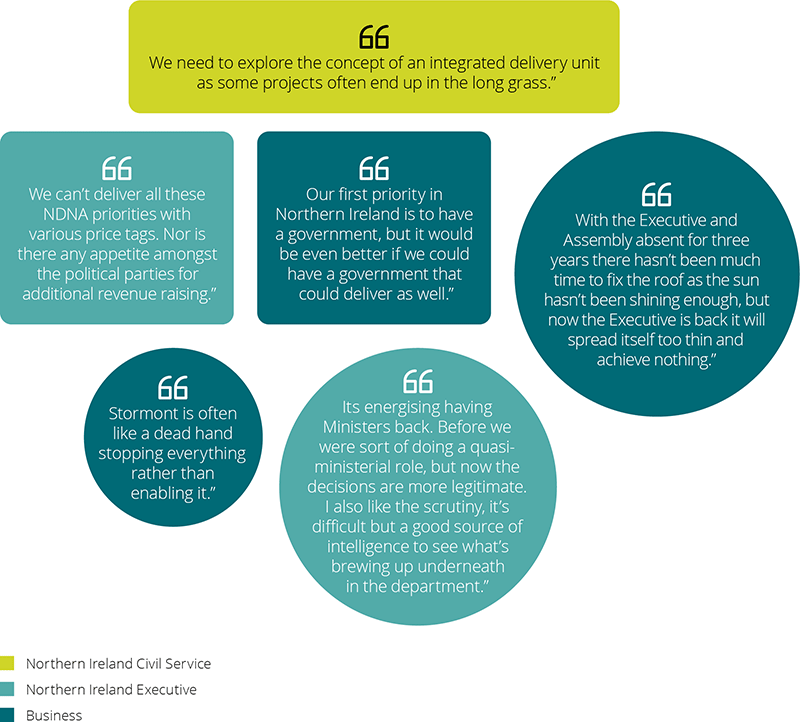 All of our interviewees thought that the Northern Ireland Civil Service (NICS) had acted with the utmost professionalism during the Executive’s absence. Some observed more collaborative ways of working between NICS departments without Ministers, and sensed a drift back to silos since their return. Senior civil servants told us that they were enjoying the return of scrutiny on their departments as well as the energising effect of political decision making, with all of the democratic legitimacy that brings.

As lockdown began, NICS departments and the wider public sector across Northern Ireland managed the shift to remote working with little friction. Our interviews found mixed views on its legacy and the prospect of a permanent move to remote working in the future. Some NICS leaders talked about a phased return to the office for all staff while others were considering permanent home working and a significant reduction to the government estate. Inevitably, exiting the EU is a significant pre-occupation for many public sector leaders in Northern Ireland. Many of our interviewees talked about the complexities of implementing EU exit and their concerns over its potential impact on sectors of the economy including agriculture. However, they were clear that leaving the EU brings opportunities for Northern Ireland, not least through the prospect of continued access to the EU single market and new powers that are expected to be repatriated from the EU to the UK’s devolved governments. Our citizen survey shows that the people of Northern Ireland stand out from the rest of the UK across a range of attitudes. When asked how they would allocate public spending across local services and the local economy, they would invest substantially more in healthcare and in transport links than the rest of the UK.

Northern Ireland’s public has comparatively high levels of satisfaction in where they live. As the maps show, they are significantly more satisfied than the UK average with schools, safety from crime, the local environment, their universities and their council services among others. However, they think transport links and local job opportunities need to be improved to put Northern Ireland on par with the rest of the UK.

Use the filter to select the public service and click on the map to view the results for each nation and region.

Looking to the future, the Northern Ireland public expect – more than the rest of the UK – taxes to go up to fund more extensive public spending beyond the pandemic, as Figure 16 shows. 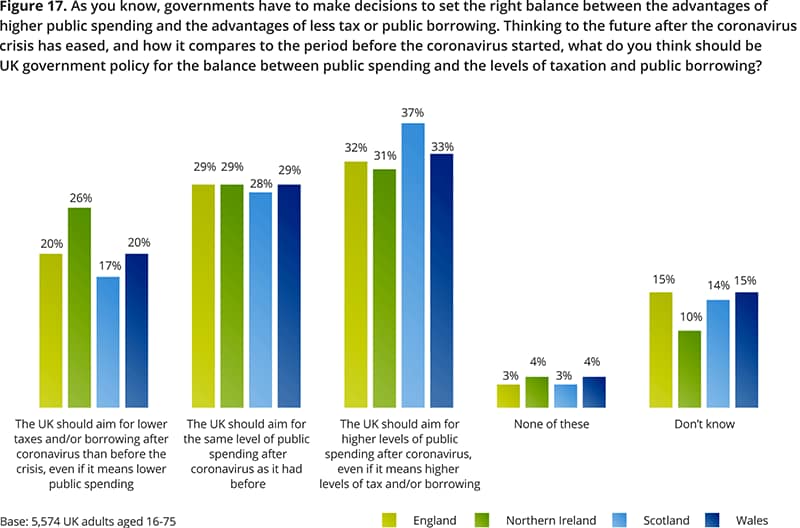 Finally, our survey asked people what they believe may get better or worse in their communities as a result of the pandemic. As Figure 18 shows, some 64 per cent of Northern Ireland’s public believe opportunities for young people will be worse. 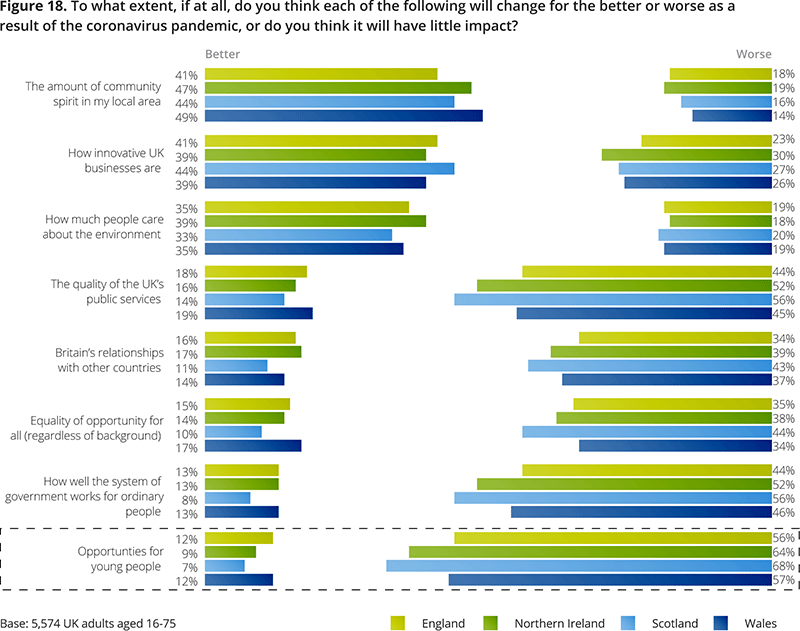 Seven lessons COVID-19 has taught us about data strategy 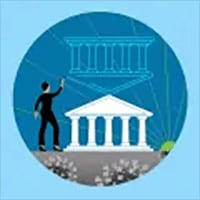 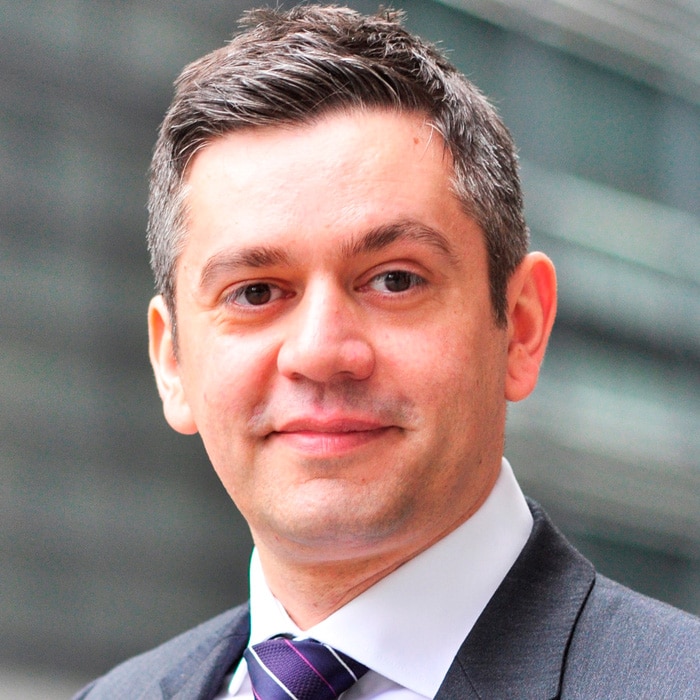 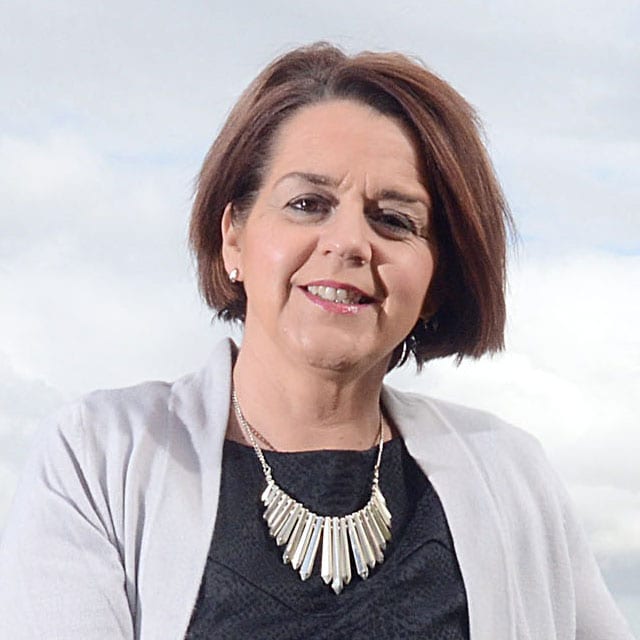 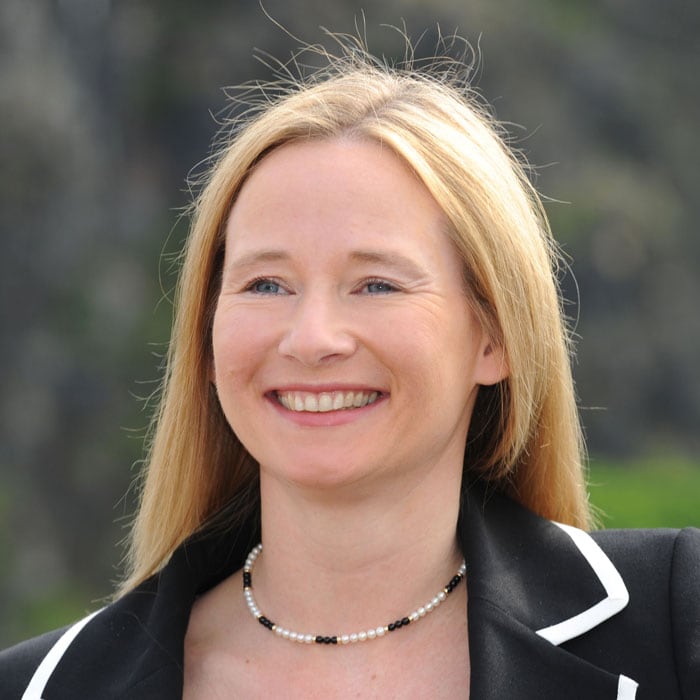 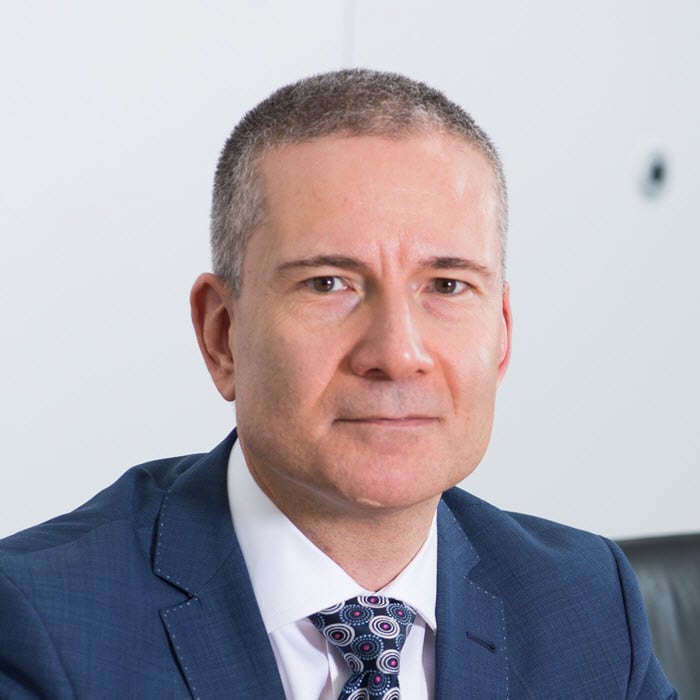