The future of the high street | Town centres has been saved

The future of the high street | Town centres has been removed

The future of the high street | Town centres

Following the government’s announcement that non-essential retailers may be allowed to resume trading on the 15th June, it’s possible that we are merely a few weeks away from town centre reopening to the public again.

However, it is clear that in the nearly three months of disruption, Greater Manchester’s retail sector has suffered a significant blow. Analysis from Deloitte, in partnership with Google, revealed that retail and recreation activity fell by 68 per cent in April, with time spent at home up by nearly a quarter as lockdown took full effect.

While government continues to provide significant support to towns across Greater Manchester – over £600m has been earmarked for up to 50,000 eligible businesses from across the regions – it is crucial that we have a clear plan in place to come out of this lockdown period. If we do not, we may see a number of empty shops remain once city centres reopen. 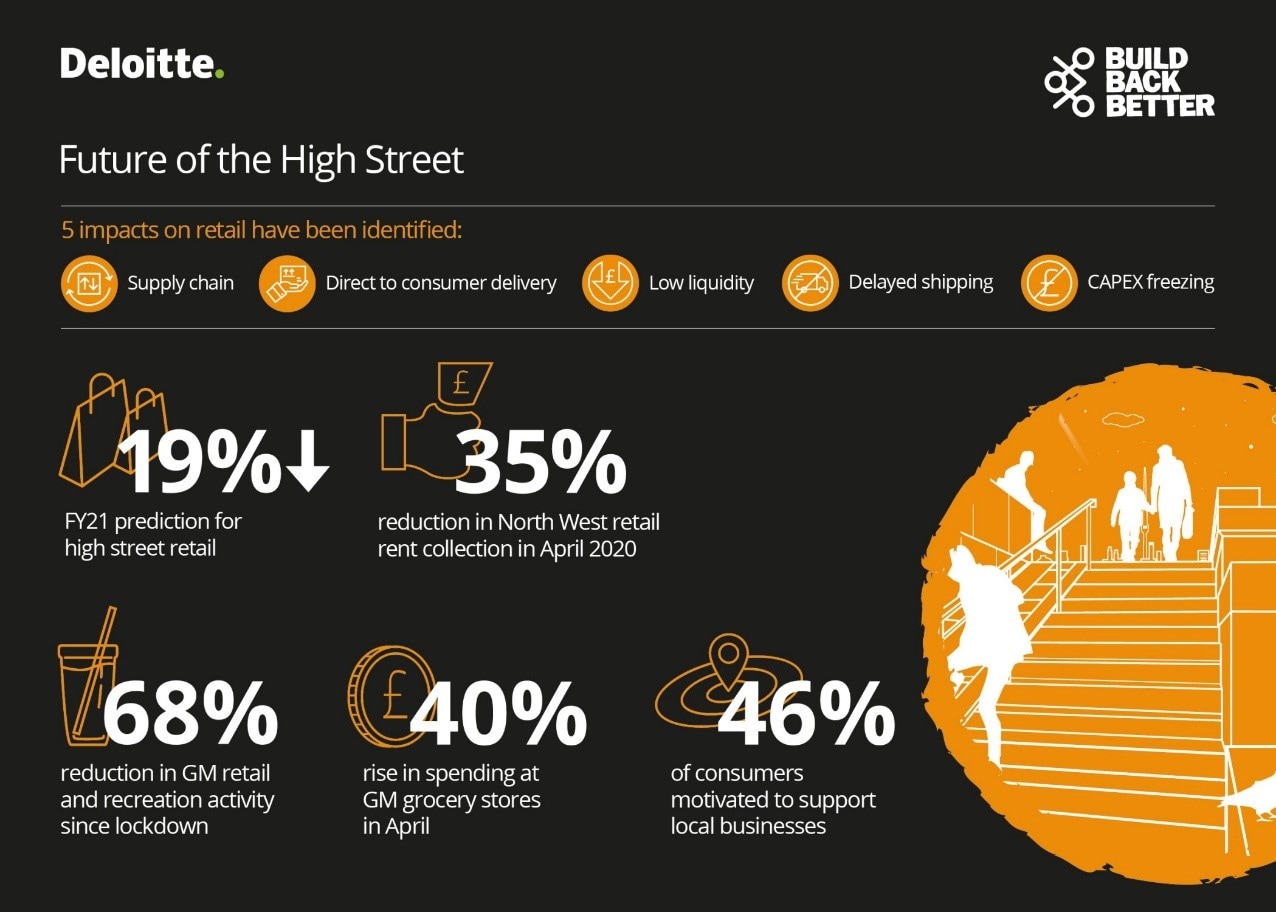 With high streets up and down the UK becoming ghost towns, this has had a drastic impact on spending. The latest Office for National Statistics (ONS) retail sales report revealed that British retail sales fell by a record 18.1 per cent in April, with clothing sales falling by more than half. The long-term prospects also look bleak, with estimates suggesting that FY21 will remain nearly 20 per cent down on levels seen in 2019.

While it is unsurprising to see the latest sales statistics, it is important to remember that out of adversity comes opportunity. As with the weekly applause for NHS staff, the community has come together over the issue of local retail, with spending at off-licenses, greengrocers and convenience stores rising 40 per cent in April. In a recent survey, 46 per cent of consumers suggested that they are motivated to support local businesses – a significant swell of support and community spirit at street level.

As we look to build back better, the challenge will now be for local authorities to ensure that the localised support we have seen during lockdown is continued as major retailers return.

Simon leads the regions development business within the Development & Assurance group in Real Assets Advisory. With more than 25 years in practice Simon has advised on major regeneration and developme... More