What drives growth for the UK’s leading technology companies? The Technology Fast 50, Deloitte’s ranking of the nation’s fastest growing tech players, may hold some of the answers. The 2021 cohort achieved an average compound average growth rate (CAGR) of 107% between 2017 and 2020. One of the most significant growth drivers identified was a successful overseas expansion.

In this article, we will draw upon the experiences of leaders from UK-based tech companies to understand the factors that contributed to their overseas expansion success. We draw upon the experiences of: Jonathan Grubin, Founder at SoPost, an online product sampling provider; Charles McManus, CEO at ClearBank, the largest UK clearing and embedded banking platform; and Simon Trend, CTO at Wireless Logic, an Internet of Things (IoT) connectivity platform provider.

Which market to consider?

The US is often a focus for UK tech businesses when expanding overseas. It has the highest gross domestic product of all the global economies, beating China, in second place, and boasting a GDP that is four times the size of Japan, which comes in third. The barriers to entry are low: Americans speak the same language, for example. People from the UK are less likely to speak a second language than citizens from any European Union country, studies show. Also, UK businesses can be reticent about Europe (and that was pre-Brexit) because of differences in regulation, culture, language etc. across the continent. In the US there are less of these differences to consider – it’s one huge market.

The US is also renowned for its status as a trend maker. Many of the societal and technological innovations that go on to shape our world originate there. SoPost’s Grubin explains: “A lot of our first-to-market innovations have come from the US. One example would be sampling through Snapchat. We launched this with a US brand in 2016. They were incredibly excited about it, and helped us push the opportunity to fruition, while it wasn't even something that was on the radar elsewhere.”

However, with Asian economic growth set to outstrip America and Europe this year and into 2023, it could become a more attractive market for UK tech companies when looking to expand. Also, China, Japan and South Korea have significant R&D budgets which all rank in the top five in terms of dollars spent. It will be important to consider all markets not just the US when looking to expand, and it may be worth the additional challenges of language and cultural differences.

“It will be important to consider all markets not just the US when looking to expand.”

Targeting the US first and moving early

The US has become an increasingly popular market to target. This is a trend we see in our Fast 50. Some 38% of last year’s winners now have offices in the US, and these firms grew faster than the rest of the cohort, with a CAGR of 324% compared to 196% for companies without US offices. This tells us that expansion, including in the US, can generate significant growth.

SoPost’s Jonathan Grubin, which has appeared in the Fast 50 for three consecutive years, began making inroads into the US shortly after proving his concept in the UK, and opened an office in New York in 2016, when his start-up was just three years old. According to Grubin, this dramatically accelerated the growth of his Newcastle-based firm.

“Growth in the US quickly outpaced UK growth, which convinced me to go hard on the US early,” he says. “It occurred to me that we could put the same amount of effort into selling something in the UK or the US, but the US deal would likely be worth four times as much just because the market is so much bigger.”

For Wireless Logic, their expansion has aligned with the growth in IoT and they have followed the customers they serve, many of whom are large global OWMs operating all over the world. Wireless Logic’s Simon Trend adds “The last 9 years have seen the strongest growth in the business. At the beginning we were very UK-centric but we now have over 400 staff globally and have been supporting customers deploying their solutions into different territories such as north America, Canada and Asia.”

Senior leaders on the ground

Global expansion has traditionally been a high-risk move made once a business has reached a level of maturity in its home market. However, we’re seeing the UK’s fastest growing businesses increasingly launching in new markets within only a few years of a company being founded.

Often the initial move is modest, comprising a small sales office or a network of remote workers led by a senior UK leader who relocates. This is actually a really important factor. The common theme we see in the Fast 50 of successful expansion is a combination of an early move into the market and the commitment of an original founder moving to lead the charge. Any expansion into new markets requires a high level of commitment - it can’t be an afterthought of ‘bolting on’ an overseas operation to a successful UK operation.

“The common theme we see in successful expansion is the commitment of an original founder moving to lead the charge.”

This is echoed by SoPost’s Grubin who believes that while an early focus is important, it is just a crucial for a founder to take charge of the expansion, and not attempt to send someone more junior or hire locally straight away. “At the start, I was going back and forth between New York and the UK once every couple of months, then once a month, peaking at every other week,” he says. “I would do outreach from the UK saying I'd soon be travelling to the States, and I'd then book my travel if I got a bite. I think me going out there at the start was absolutely crucial. Once the US business was established, we relocated one of the UK team to open the office properly and get us up and running. If we'd tried to hire locally, we wouldn't have had close to the success we did.”

Every business is different

It is important to recognise that when it comes to global expansion there is not a one-size-fits-all approach. There needs to be a business case and not just looking to grow there for growth’s sake. For some companies, attempting to conquer a new market too early would have been a mistake.

At ClearBank, which was a Fast 50 winner in 2021, Charles McManus waited until the organisation had experienced significant growth and maturity in the UK before looking at global expansion. ClearBank was founded in 2015 and is the first proven and fully regulated cloud-native clearing bank in the UK. “Over the last five years we have demonstrated the success of our business model and our revenue growth is the proof of the momentum we have been gathering since 2017. We have had a transformative effect on access to banking services,” says McManus.

In the early days, there were just six people at ClearBank. “We had a small basement office in the east end of London and have since moved to being a remote first business with 362 employees. We have a flexible office in London, and a hub office in Bristol. Why Bristol? There is great talent there. 114 of our employees are Developers and finding the talent we need is far from straightforward in today’s competitive market. You have to look at a culture of innovation and overall employee proposition in order to keep the best players on your tech team, but they come to ClearBank for the opportunity to build something exciting. They want to work on something that has never been built before.”

“The next challenge for us is delivering this innovation globally. We raised a £175 million equity investment earlier this year to accelerate global expansion, which will initially focus on Europe before moving into North America and Asia Pacific,” says McManus.

At Wireless Logic, patience was also key to its US expansion plan. “The US has been through a huge transformation in recent years,” explains Wireless Logic’s Simon Trend. “15 years ago your UK mobile phone wouldn’t work over there. That’s no longer the case. Now that the US market is more in line with the rest of the globe, we can run truly global IoT operations. We bided our time and allowed the market to mature before we made our move.” Wireless Logic began activey targeting US-based customers just 18 months ago and Trend forecasts that a fifth of the company’s overall addressable market globally is now in the US.

Often it does come down to what’s right for each business. Global expansion is important for most tech companies but early expansion isn’t going to be right for everyone. Trend echoes this sentiment by adding, “If we think about our market, there are well over 100 mobile networks in Europe and to break into that as a US company is really hard. We have spent time creating relationships with mobile operators over Europe and already have scale. In the US there are 3 networks and for us that’s a market that yields fewer complexities to move into than the other way round.”

UK tech has the capability to win on the global stage

Our Fast 50 cohort demonstrate year on year that we have world-class tech entrepreneurship here in the UK. And these businesses should feel confident to explore new markets as the growth potential of global expansion is significant.

Whether it’s ‘right’ to go early or wait until you are established in your home market depends on each individual business. It’s also necessary to have a senior leader on the ground regardless of the market you move into and regardless of when you move. Global expansion requires this commitment to ensure success. 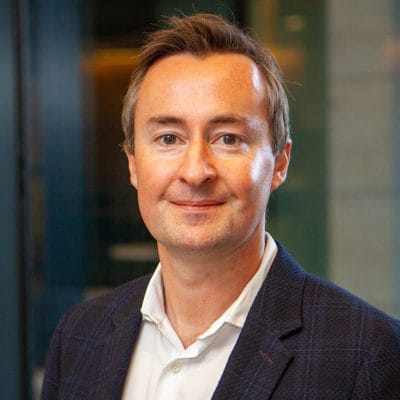 Back to Future of the Tech Sector in the UK

Future of the Tech Sector in the UK
Opens_in_a_new_window