With rebates off the table, what’s next for drug pricing policy and regulation?

While summer is traditionally a rather slow time in Washington, D.C., the second week of July was anything but as the administration’s efforts to advance its Blueprint for Health initiative on drug prices ran into two major obstacles.

On July 8, a federal judge ruled against an administration policy that would have required pharmaceutical companies to disclose wholesale drug prices when advertising products on television. The pharmaceutical industry opposed this regulation, and several drug companies filed suit.1 The industry raised concerns about consumers’ ability to use information about list prices, which would not reflect the benefit design of their health plan or rebates and discounts. The court determined that the US Department of Health and Human Services (HHS) did not have the authority to regulate advertisements in this way.

On July 10, the administration announced it would not move forward with its plan to eliminate safe harbors for drug rebates in Medicare Part D and Medicaid. Not only would that policy likely have increased spending to federal and state budgets, it likely would have led to higher premiums for beneficiaries who pay into Medicare Part D and Medicare Advantage (MA) in 2020—an election year (see the July 16, 2019 Health Care Current). The decision to withdraw this proposed regulation directly benefited pharmacy benefit companies (PBMs) and health plans and might also mean less disruption for pharmaceutical companies. The pharmaceutical industry had supported eliminating safe harbors—especially if the policy eventually extended to the commercial market—but drug makers would have had to make major changes to their pricing and market-access strategies had it gone forward.

With two major policies off the table (at least for now), what else should we be tracking from the administration on drug pricing?

While the administration is no longer pursuing two changes that it had hoped could reduce prescription drug costs, several other strategies are still in play.

Reimportation: While HHS Secretary Alex Azar had expressed concern about the impact reimported prescription drugs would have on costs, and last year tasked a work group to study the issue, he now appears to be more open to the idea.2 HHS already has the authority to allow for state reimportation if determined this can be done safely. So far, 17 states have introduced reimportation bills this year and three (Colorado, Florida, and Vermont) have enacted legislation that would allow them to reimport prescription drugs (see the June 18, 2019 Health Care Current). It’s worth noting that Florida’s population is 21.3 million and Canada’s is 37.4 million.3 If Florida residents began ordering all of their drugs from Canada, the volume could have an overwhelming effect on pricing and supply equilibrium.

When the idea of reimportation came up in the past, the pharmaceutical industry successfully raised safety issues that resonate with some consumers. In the US, track-and-trace regulations have been critical to helping keep counterfeit drugs from entering the market. Drug companies might continue to voice concerns about assuring safety—or demonstrate that not all imported drugs are cheaper. We also see a long list of logistical questions that states and suppliers would likely need to resolve before a reimportation program could be implemented.

Trade policy: One policy that has had less visibility than the others is in the US trade agreement with Mexico and Canada, which would maintain exclusivity for pharmaceuticals through patent law. That agreement has not yet been ratified, and consumer groups are asking the administration to reconsider provisions to shorten the period, which would allow for more competition from biosimilars. Trade with China is another important issue given that many of the active pharmaceutical ingredients (APIs) that drug companies use for their products come from China. Trade issues with China could further increase drug prices.

There have been some rumors that the president is considering more extensive policies—including broader application of the IPI—but I’d call this speculative.

Are we likely to see any action from Congress?

After countless hearings on drug pricing, which included panels of pharmaceutical and PBM leaders, members of Congress have put forward a variety of legislative policies. Examples of these (there have been many more) include legislation that—if enacted—would:

Whether any of these policies will move forward to the president’s desk is still unclear. Congress has two more weeks before summer recess—and only a few months left in the legislative session after it returns. During that time, the focus of other business will be strong—particularly around the federal debt limit and keeping the government open. Of course, after the end of this year, we will find ourselves in an election year. Even if some of these policies do move forward, it’s unclear whether they will truly address drug pricing rather than just shifting costs.

What might we see from states, companies, and PBMs?

State legislatures have been actively working on—and enacting—a wide range of policies including efforts to improve price transparency and to encourage more aggressive use of formulary tools.

We have seen some interesting activity on the industry side. Several PBMs, for example, are trying out a rebate-at-the-point-of-service model, or are establishing formularies that reduce the influence of rebates, according to our recent report on optimizing drug market access. One PBM, for example, has developed a formulary that attempts to shift away from products with high list prices and high rebates toward products with lower list prices.4

Some drug companies are voluntarily making pricing information available to consumers and have pledged not to raise prices above a certain percentage. However, in the absence of government action, it is unclear how aggressive the private sector will be in addressing drug costs.

Despite the administration’s recent setbacks, the focus on drug prices is not likely to go away. Consumers continue to cite the high cost of drugs as a major reason for thinking that the US health care system is not working well for them. If neither the administration nor Congress put forward policies that address these concerns this year, the issue is likely to continue to be the point of political and policy debates.

Amazing and innovative therapies that cure diseases are coming across the finish line, but they often carry high price-tags. We are seeing a lot of interesting new payment models emerging that are trying to improve incentives and better reflect the value of drugs. That said, I expect that figuring out a balance between encouraging innovation and making therapies affordable will be an ongoing challenge for the administration, pharmaceutical industry, and many other stakeholders. 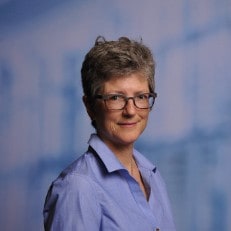 Sarah is the managing director of the Center for Health Solutions, part of Deloitte LLP’s Life Sciences & Health Care practice. As the leader of the Center, she drives the research agenda to inform st

Catalysts for change: Meet the life sciences regulator of the future

How can the life sciences regulator of the future balance consumer safety while helping foster innovation?

With Rebates off the Table, What’s Next for Drug Pricing Policy and Regulation? | Deloitte US Bookmark has been added

With Rebates off the Table, What’s Next for Drug Pricing Policy and Regulation? | Deloitte US Bookmark has been removed

An Article Titled With Rebates off the Table, What’s Next for Drug Pricing Policy and Regulation? | Deloitte US already exists in Bookmark library