Early this year, I attended the annual J.P. Morgan Healthcare conference where investors and biopharmaceutical company executives were excited about the growth of personalized therapies—particularly in oncology. This optimism was somewhat tempered by some of the many challenges in oncology research and development (R&D) and bringing high-cost therapies to market. However, advances in digital health, combined with the real-world data (RWD) being generated by individuals and the health care system, could help to address both of these challenges.

Biopharma companies that have prioritized oncology as a therapeutic area tend to be a step or two ahead of other drug makers when it comes to their use of RWD for developing therapies, designing clinical trials, and in establishing value-based contracts for their therapeutics, according to Deloitte’s annual real-world evidence (RWE) benchmarking survey. But as therapies to treat other diseases become more tailored and personalized, we expect more biopharma companies will increase their reliance on RWD.

Of the 20 biopharma companies we surveyed for our study, about half listed oncology as being their top one or two priorities for RWE initiatives. Among these oncology-focused companies, 50 percent said they have mature RWD capabilities across the lifecycle of a product—compared to a 30 percent maturity rate among companies that are not focused on oncology. Moreover, 80 percent of the oncology-focused companies said RWD will be “extremely important” to their executive leadership teams in 2020. By contrast, 50 percent of the other biopharma companies said they expect RWD will be extremely important.

In 2010, oncology made up 18 percent of late-stage pipelines among the 12 large biopharma companies tracked by Deloitte in our annual analysis of research and development (R&D) productivity. That percentage climbed to nearly 40 percent by 2018. In 2017, more than 2,000 immunotherapies—from 864 companies—were being marketed or were in development, according to the Cancer Research Institute.1 This surge in targeted oncology therapies has exacerbated some of the well-known challenges associated with clinical trials as well market access and reimbursement.

Deloitte began tracking 12 large cap biopharma companies in 2010. Over the past eight years, those companies have increased R&D spending by an average of 15 percent. During the same period, their return on investment (ROI) fell from 10.1 in 2010 percent to 1.9 percent in 2018—the lowest percentage we have seen since we started tracking it. Returns have been impacted by the increasing cost of bringing a drug to market, which now averages $2.16 billion—nearly double the cost $1.18 billion recorded in 2010.

Biopharma companies are taking longer than ever to develop drugs—particularly cancer therapies, according to our recent research. Every additional month that a trial takes increases the cost of bringing a therapy to market. From a patient perspective, that could mean some effective therapies won’t become available soon enough.

Designing a clinical trial that targets a narrow patient population can make an already difficult process even more challenging. As more biopharma companies turn their focus to oncology, some companies may need to compete for the same types of patients for their trials. For biopharma companies, this can add time and expense to clinical trials, and reduce overall revenue potential.

How can RWD help? While randomized controlled trials remain the gold standard, RWD is increasingly being used to inform clinical-trial design. Biopharma companies can, for example, optimize their clinical-trial design by using RWD to determine how many patients in the real world have a specific condition. This can help ensure that clinical trials can meet increasingly narrow inclusion/exclusion criteria.

We are beginning to see this take hold among biopharma companies. While just 20 percent of the oncology-focused companies we tracked are using RWD to optimize their trial design, 50 percent expect it will be incorporated within the next two or three years. Non-oncology-focused companies also expect to increase their use of RWD in the next two or three years.

In addition to trial design, RWD can be used as a synthetic control arm, reducing the number of patients needed for clinical trials. About 50 percent of the oncology-focused biopharma firms that we track said they expect to be doing this within the next two-to-three years—that compares to 35 percent of all biopharma firms that we surveyed. Companies can use synthetic control arms to compare patient outcomes on the standard of care vs. interventional arms of the study. Synthetic control arms not only can expedite clinical trials, they might be the only ethical option for patients in some cases.

As therapies become increasingly personalized (and in some cases, curative), there is more focus on the per-unit costs of these innovative and—in many cases life-saving—therapies. These circumstances can make the promise of value-based contracting (VBC) attractive for providers, health plans, and the manufacturers.

RWD can help support evidence arguments for reimbursement, and is increasingly being used for the adjudication of outcomes based contracts. RWD can also help with label expansion when drugs are used in the market for non-approved cancer types.

RWE and RWD could help modernize how new cell and gene therapies are covered. Case in point: On February 15, the US Centers for Medicare and Medicaid Services (CMS) proposed nationwide Medicare coverage for Chimeric Antigen Receptor (CAR) T-cell therapy if accompanied by evidence-development. The evidence would need to be based on data added to a CMS-approved registry or as part of a clinical study with two years of patient follow-up. Data from registries and studies can help CMS identify the patients who benefit the most from CAR T-cell therapies, which can assist with future coverage determinations. Until now, there has been no Medicare policy covering CAR T-cell therapy, so local Medicare Administrative Contractors (MACs) have been deciding on coverage and payment.

Oncology is experiencing a double-digit growth rate—faster than any other therapeutic area. Immuno-oncology therapies, which leverage the patient’s immune system to treat various forms of cancer, are expected to grow 142 percent—from $14 billion in 2019 to $34 billion in 2024, for example.2

Regulators recognize the importance of RWD and RWE. In early December, the Food and Drug Administration (FDA) announced its 2019 strategic framework, which outlines how RWE and RWD will be used to make regulatory decisions—as called for by the 21st Century Cures Law. In a prepared statement announcing the framework, FDA Commissioner Scott Gottlieb said, “The FDA recognizes how important RWD and RWE are. This is a top strategic priority for the FDA.” At the J.P. Morgan conference, Gottlieb spoke with attendees via video conference and outlined the agency’s new 52-person Office of Drug Evaluation Science.

However, real challenges remain to ensure this innovative science can reach patients in a sustainable economic model that rewards value. If the right strategies are pursued, RWD—and the evidence it can support—can help answer the hard questions in health care. It is not surprising that oncology-focused companies rely more heavily on RWD than do companies that focus on other disease states. Given the trend toward increasingly personalized therapies, combined with FDA’s emphasis on RWD in the regulatory process, even biopharma companies that don’t have an oncology portfolio should consider expanding their use of RWD. 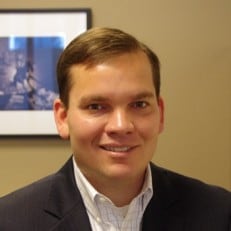 Brett Davis is the general manager (GM) for ConvergeHEALTH by Deloitte, part of Deloitte Consulting LLP’s Innovation group (DCI). As the GM, he leads ConvergeHEALTH on its mission to support the infor

I have always been fascinated by simple solutions to seemingly complex problems. Few problems are more vexing than the US health care system.