Active, informed voters are the lifeblood of democracy. Yet, the United States has one of the lower voter engagement rates in the developed world. Many citizens say that work and life demands leave no time to vote, which is just one of the reasons Time to Vote and the Civic Alliance were created.

In 2020, add the impact of COVID-19, and voting becomes even more difficult—with concerns about safety compounded by potentially longer wait times due to fewer polling places, poll workers, and voting machines. As a result, districts across the country may need to recruit thousands of additional volunteer poll workers and secure additional polling stations. 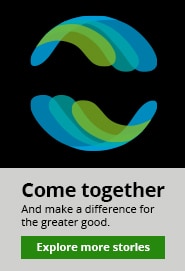 In support of fair and transparent elections, Deloitte has joined forces with Time to Vote and the Civic Alliance, nonpartisan coalitions working with companies across the United States to increase voter participation. Representing some 10 million workers combined, the coalitions aim to provide employees with the tools, time, and support to vote. Participating companies help in a variety of ways, from sharing information about early voting and voting by mail to giving employees paid time off to vote on Election Day.

As this year’s elections approach amid a global movement for racial equity, the coalitions are also focused on the role that business leaders can play to support democracy for citizens and communities of color.

Thanks to the efforts of Time to Vote and the Civic Alliance, millions more Americans won’t have to choose between their paycheck and their vote.

Exercising one’s right to vote is a powerful responsibility—and it’s important that as many eligible voters as possible participate in our elections. Thanks to the efforts of Time to Vote and the Civic Alliance, millions more Americans won't have to choose between their paycheck and their vote and instead will be informed, active voters who can take part safely in our vibrant democracy.

Learn more about Time to Vote and The Civic Alliance

Since the onset of COVID-19, Deloitte’s people have come together in new and unique ways to make an impact that matters. For the greater good.